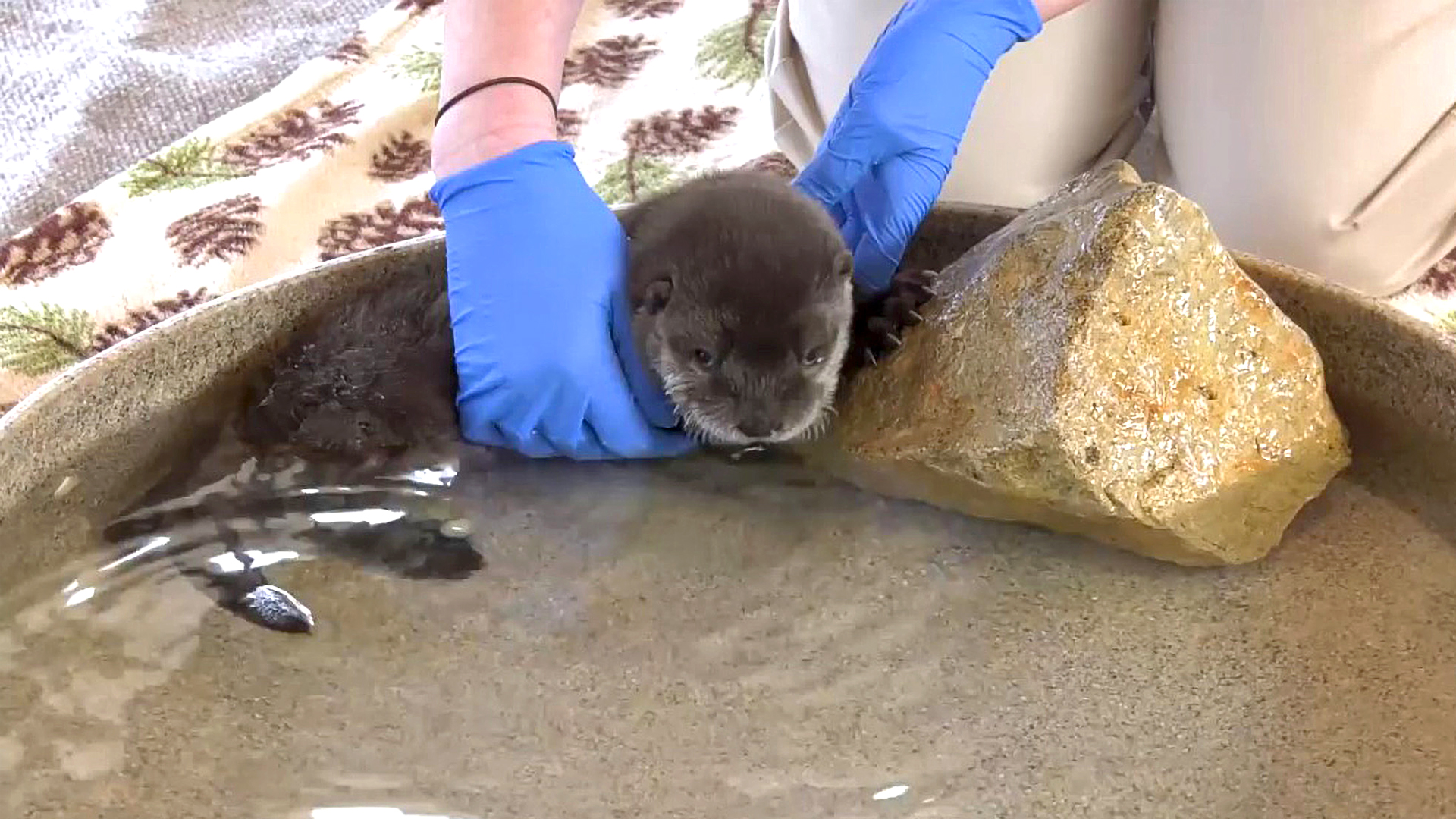 BROOKFIELD, Ill. — The Brookfield Zoo announced the name of its new river otter pup that was born at the zoo two months ago during a live chat on the social media platform TikTok.

The voters determined the winning name — Pascal, an otter character in a popular video game.

More than 18,000 people cast their votes for their favorite name out of several listed in a poll that the zoo put up two weeks ago.

“Introducing Pascal otter,” tweeted Brookfield Zoo. “The North American river otter pup is spending his days learning, growing, and getting expert care from his amazing team of animal care specialists. We plan to reintroduce him to his parents, Benny and Charlotte, when he’s ready.”

Pascal was born at the zoo located in the village of Brookfield in Cook County, Illinois, on Jan 20.

Since making his first public appearance to the public on Mar 3, the otter has been growing rapidly but still has a long way until he is fully grown.

The pup was also recently introduced to water for the first time. The caregivers at the zoo said he was making significant progress in each swimming session daily.

The zookeepers describe Pascal as energetic, playful, and eager to learn new things all the time, just like most otters.

Pascal is hand-reared since his birth because his mother could not provide him with proper nourishment. The staff said they are planning to reunite him with his parents once he is fully weaned.

Regarding the North American River Otters’ conservation status, the Brookfield Zoo stated in an official press release: “The Illinois population of North American river otters —fewer than 100 individuals in the late 1980s — was once threatened due to over-harvesting and habitat loss.”

But, the recovery has been successful.

“However, a successful recovery program initiated in the early 1990s by the Illinois Department of Natural Resources helped increase the state’s number of otters. The program included relocating nearly 350 otters from Louisiana to central and southeastern Illinois. The state also engaged in conserving wetlands and wooded areas along streams and rivers, which is otter habitat.”

From 1994 through 1997, 346 otters were captured in Louisiana using small foothold traps and released in south-eastern and central Illinois. Due to these efforts and expanding populations in nearby states, otters are common and found in every county in Illinois. Their status was upgraded from the state endangered to state threatened in 1999, and they were delisted in 2004.

“Today, the species is common throughout Illinois thanks to these efforts as well as expanding otter populations in neighboring states,” the note reads.

«Previous Post
New Model Helps To Predict Snakebites In High-Risk Areas»Next Post
VIDEO: Well You’d Be Grizzly If You Woke Up After Five Months And There Was Nothing To Eat