Butt Head: Suspect Slammed His Own Face Into A Patrol Car And Claimed Police Brutality 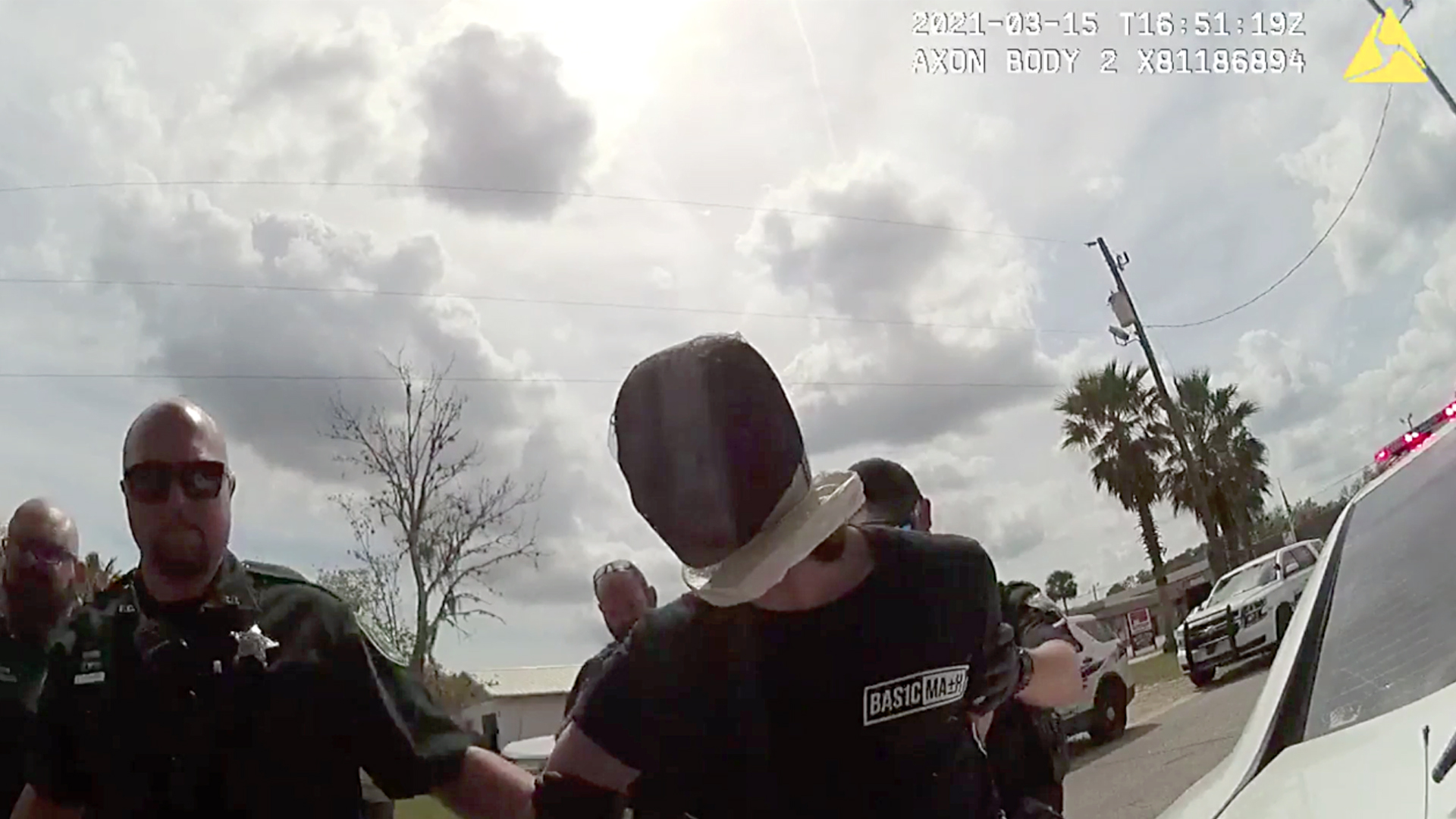 FLAGLER COUNTY, Fla. — This suspect was caught faking police brutality after slamming his head into the patrol car and blaming them.

The incident took place along US Highway 1 in Flagler County, Florida, on March 15. This suspect was caught violating his restraining order filed by his female partner.

Flagler County Sheriff’s Office, Sergeant Daniel Weaver, saw and recognized the suspect. As per the police, he was identified as 26-year-old Raymond Glass, walking alongside a 30-year-old woman who had an active no-contact order against him.

“Our deputies showed great restraint while dealing with this guy who was trying to fight them and continually threatened to kill them,” said Sheriff Rick Staly in a statement.When Weaver approached Glass, who was walking behind his partner, he attempted to walk away and avoid contact. Still, the officer stopped him and tried to establish a conversation.

The suspect immediately became agitated with the officer and repeatedly claimed that walking near the woman was not a violation of his probation, which the police said was not valid.

Officer Weaver then went on to handcuff Glass to keep him in place as he was investigating the case, which is when Glass started resisting and shouting out loud, causing a struggle between him and the officer.

The police shared footage from the body-worn-cameras on their Facebook page. “Man violates no contact order then tries to fight and threaten law enforcement during the arrest.”The footage shows Glass screaming, “I hope you get Corona and die!” along with various other threats.

At one point, after Glass ignored several warnings by the officer that he would deploy his taser if he kept resisting, Glass was tasered, which allowed the officer to handcuff him while he was down on the ground safely.

One of the back-up officers found a metal pipe with burnt cannabis residue in Glass’s pocket during a search.

Glass continued to shout at the officers, threatening to kill them and beat them.

He then went on to accuse the officers of pushing his head against the car instead. He also threatened to bite a deputy while attempting to search him when officers put a spit hood over Glass’s head for their safety.

The use of civil protection orders or restraining orders, which prohibit individuals who have committed acts of intimate partner violence from further contact with a victim, is one approach to preventing subsequent violence against women.

Every year, more than 1.5 million women in the United States experience intimate partner violence. A study on Civil Protection Orders and Subsequent Intimate Partner Violence and Injury in the US found out that women who had protection orders at baseline were significantly less likely than those who did not to be contacted by the abuser, to experience injury or weapons threats, and to receive abuse-related medical care between the first and second follow-up interviews.

Glass is currently under arrest with no bond allowed. The investigation continues.