Stale Standing: World’s Oldest Loaf Survives After Being Locked Up For Decades By Communists

129-year-old bread goes on show after commissars sent it to prison for being too ‘bourgeois'.
By James King March 19, 2021
Facebook
Twitter
Linkedin
Email 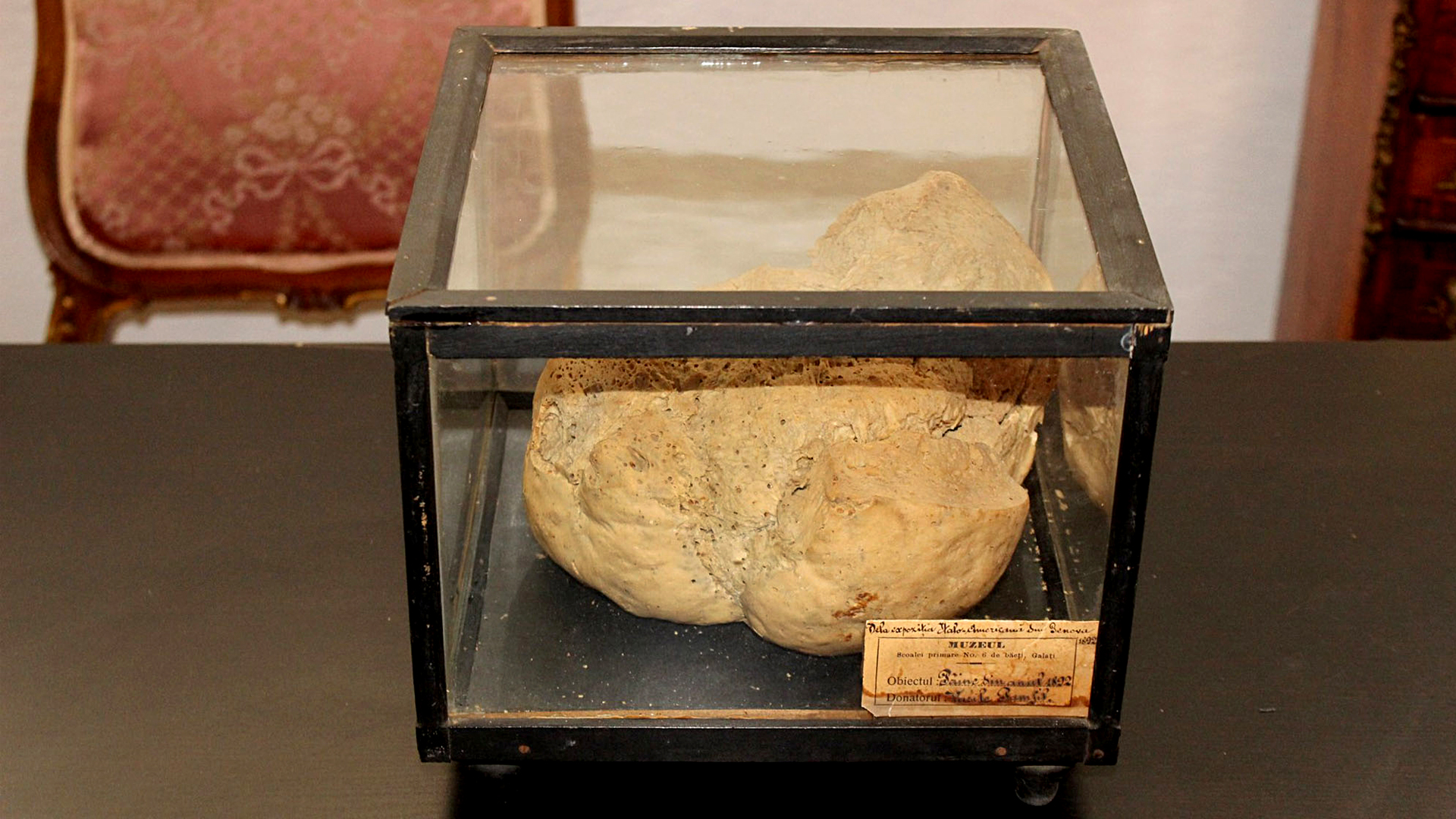 GALAȚI, Romania — This loaf baked in 1892 has been recognized as the oldest bread in the world after decades of being lost in a museum vault during Romania’s Communist era.

The record has been recognized by the World Record Academy in Miami in the US. The loaf was baked in Italy in summer 1892. It was presented at the Italo-American Exhibition in Genoa that year to mark the 400th anniversary of Christopher Columbus’ discovery of America.

The 129-year-old loaf is on display at the Paul Paltanea Museum, a history and archeology museum in the Romanian city of Galati.

“We are pleased to say that the Historical Bread owned by the Galati History Museum (Paul Paltanea Museum) has been recognized, approved, and published as the Oldest Bread in the World by the World Records Academy,” said the museum spokesperson.

Galați is the capital city of Galați County, in the historical region of Moldavia, eastern Romania. It is a port town on the Danube River. In 2011, the Romanian census recorded 249,432 residents, making it the eighth-most populous city in Romania. It was also an economic center based around the port of Galați and the naval shipyard.

Specialists analyzed the bread and found no traces of mold and were still very much intact.

“It had no traces of mold, so no microbial infection. Due to the large porosity and high volume and water evaporation is possible, so the bread has resisted to this day. So over 120 years,” says Romulus Burlacu of the Faculty of Food Science and Engineering as per the World Record Academy’s website.

Paul Paltanea Museum director Professor Cristian Caldararu said Elisabeta crew member Vasile Pamfil took possession of the bread and brought it back to Galati in a glass case. The loaf was at his house until May 1915, when he donated it to local school headmaster Paul Pasha. In 1939, Pasha donated the school’s collection of artifacts and historical items to the Casa Cuza Voda museum, including the Italian loaf.

The loaf remained lost in the museum’s vaults until it was discovered again in 2009 in an excellent state of preservation. The Paul Paltanea Museum acquired it in 2019 and sent it off for verification as the world’s oldest bread.

The World Record Academy in the US is famous for collecting surprising food records. In 2019, the academy added ‘Longest French Fries Cooking Marathon’ to their list of astonishing food records.

Luc Driesen, who runs the chippie’ Friteria Estrella’ in the town of Malle in the Belgian province of Antwerp, became the new world record holder for the Longest French Fries Cooking Marathon. As per the World Record Academy, he prepared the snack for five days, six hours, and 15 minutes.