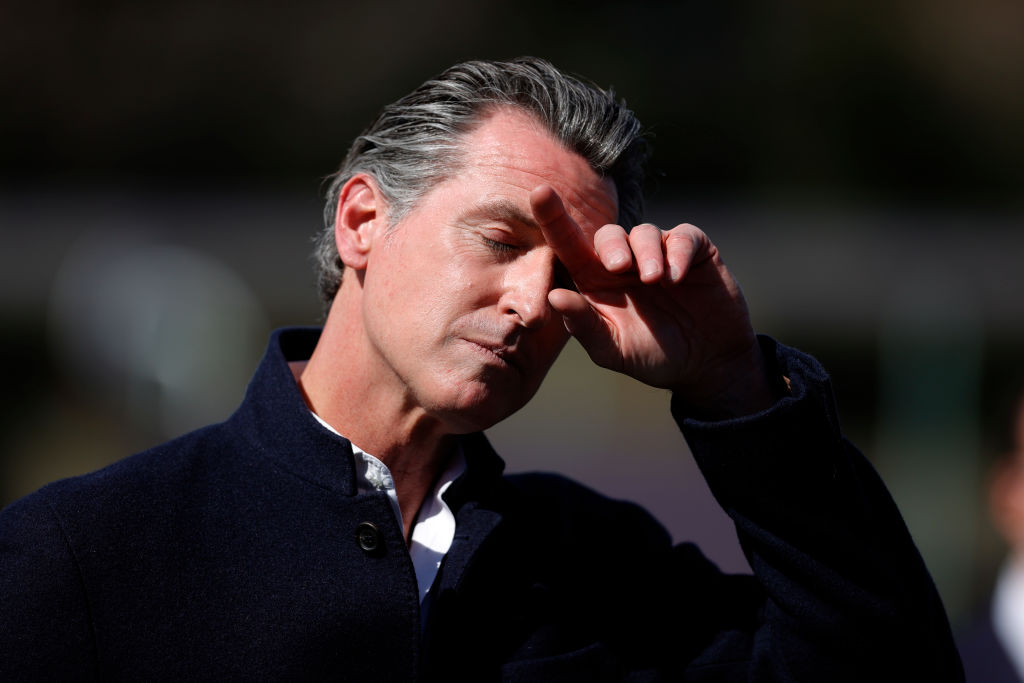 Opponents of Democratic California Gov. Gavin Newsom campaigning to remove him from office gathered over 2.1 million signatures as of the March 17 deadline, greatly exceeding the number required to get a recall question in front of voters.

If 1.5 million signatures are verified by county registrars by April 29, a recall election would take place later this year. But the question remains whether voters would replace the governor during a special election.

The recall effort comes amid criticism of Newsom’s handling of the pandemic, including a slow return to in-person schooling and businesses reopening, and issues with the state’s centralized vaccine program, which some counties refused to participate in because it was to be run by insurer Blue Shield.

The recall campaign also hit hard at Newsom after he attended, unmasked, a group birthday dinner for a lobbyist at the exclusive French Laundry restaurant in November — in contradiction to his stay-at-home orders.

If county registrars verify enough signatures for the recall petition to be valid, signatories have 30 days to withdraw their names, if desired. The state finance department has up to 30 days to establish a budget for a special election, and the budget would have to be reviewed by a legislative panel. Then the lieutenant governor must schedule an election within 60–80 days, gives both sides plenty of time to rally support.

“The People have spoken. Politics as usual in California are over as we know it to be,” Heatlie, a retired sergeant in the Yolo County Sheriff’s Office, said in a statement. “Governor Newsom has ignored the People’s Recall for months; he can no longer put this head in the sand.“

The recall effort is promoted by the California Republican Party and supported by the Republican Governors Association, which has launched a fundraising effort. On March 19 the association turned its Twitter followers’ attention to a new website, firegavin.com.

Meanwhile, Newsom this week created a political committee, Stop the Republican Recall, to raise money to defend his seat. The website purports to link QAnon, anti-vaxxers and others to the recall effort.

The governor spent the past week making national media appearances to address the recall effort. He said he will beat the recall, and vowed to run for reelection in 2022.

Robin McCrae, the Butte County coordinator of the recall effort, said in a town hall on March 17 that at least 1.9 million receipts of signatures to county offices had been counted so far, based on authorized email receipts.

California requires 1.5 million signatures, or 12 percent of the gubernatorial vote to hold a special election.

The Public Policy Institute of California states that registered Democrats comprise 46.3 percent of the voter base and Republicans comprise 24 percent. Independent voters, at 24 percent, leaned Democratic by a margin of 9 percent in the 2020 election.

“Under state law, the recall ballot will ask voters two questions: Do they want to recall Newsom, and if so, whom do they want to replace him.  It is that simple,” said Randy Economy, RecallGavin2020 senior adviser.

A recent Berkeley IGS Poll conducted online among over 10,000 registered voters found that 46 percent approve of Newsom’s performance as governor, and 48 percent disapprove.

Just 31 percent said Newsom is doing an excellent or good job in handling the pandemic, down from 49 percent last September. The poll showed 49 percent of voters felt a special election would not be good for the state.

Recall petitions have been sought against every governor of California for 61 years. The only successful recall to date was that of Democrat Gray Davis in 2003. He had faced a $38 billion budget deficit after and electricity crisis. He was replaced by Republican Arnold Schwarzenegger after a vote of 55.4 percent in favor.

Newsom won his seat by the largest margin in a California governor’s race since the 1950s, surpassing the 59.9 percent record set by Jerry Brown (D) in 2014, according to Ballotpedia.