Hotelier Spends Over $400,000 On Paintings From Long-Lost Treasure Of King Ludwig III

He bought the paintings to complement his cafe which belonged to the artist.
By James King March 19, 2021
Facebook
Twitter
Linkedin
Email 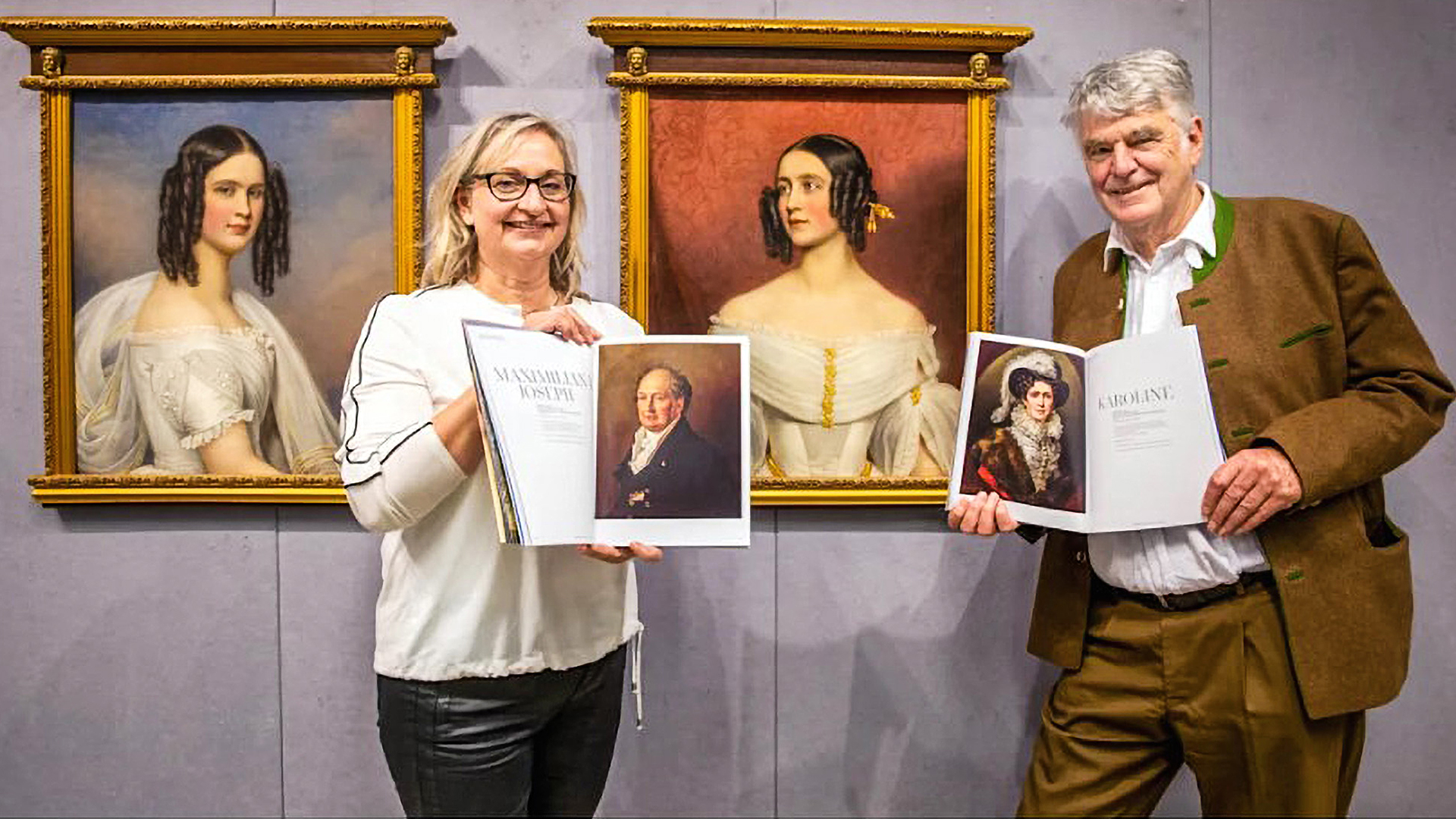 Doctor and hotelier Andreas Greither, 73, standing in front of the portraits. (Newsflash)

MUNICH — A German hotelier spent a whopping $400,000 on four paintings /in the famous auction, which had articles of the long-lost treasure of the ‘Last Bavarian King’ Ludwig III in Munich.

The auction took place at the Neumeister Auction House in the German city, which sold some Bavarian Royal Family’s valuable artwork and artifacts on March 15.

A total of 80 objects were auctioned individually, including silver and porcelain pieces and paintings originally in possession of the House of Wittelsbach, the Royal Bavarian dynasty.

“My interest in the four Stieler portraits was because I bought the artist’s former house in 2012, restored it, and set up a cafe inside,” said Dr. Andreas Greither, owner of the Westerhof Hotel.

Ludwig III was the last king of Bavaria, reigning from 1913 to 1918 and leading Bavaria into World War I. He lost his throne along with the other rulers of the German states.

Several previously unseen portraits by Joseph Stieler (1781 to 1858), the court painter of the Bavarian kings, were included in the auction’s “exciting journey through time”, as per the auction house manager Katrin Stroll, 58.

Greither, 73, who comes from the Bavarian town of Tegernsee, reportedly bought four portraits for EUR 350,000 ($416,000). He said that his interest in the four Stieler portraits was because he bought the artist’s former house in 2012, restored it, and set up a café inside.

Greither was not the highest bidder every time, and other pieces of the royal family’s lost treasure were sold to other interested parties.

King Ludwig III’s great-grandson and heir Prince Luitpold of Bavaria, 69, explained why the family decided to part ways with their heirlooms. “We are a community of heirs. An auction is the fairest way to deal with this fairly. We kept some private things.”

The objects came from Nadasdy Castle in the western Hungarian city of Sarvar, which was inherited in 1875 by Ludwig III, as per to the auction house. The Last Bavarian King died on October 18, 1921.

He and his sons spent a lot of time in Sarvar until shortly before the end of World War II in 1945, when the Bavarian royals ran away from the Red Army and left most of their artwork behind. They were re-discovered in the 1960s.

“After Hungary joined the European Union in 2004, the legal heirs began restitution negotiations with the Hungarian state. Now the Sarvar treasure is free,” Stroll said.

Public auctions are popular all over the world because of their unique characteristic. Surprisingly, China has the leading market in terms of public auction sales value worldwide in 2020, recording roughly 36 percent of the total value in this sector. In that year, the United States and the United Kingdom were the other significant markets, holding 29 percent and 16 percent, respectively.

«Previous Post
Stale Standing: World’s Oldest Loaf Survives After Being Locked Up For Decades By Communists »Next Post
COVIDO And Juliet: Romantic Husband Waits Under Hospital Window For A Glimpse Of His Wife