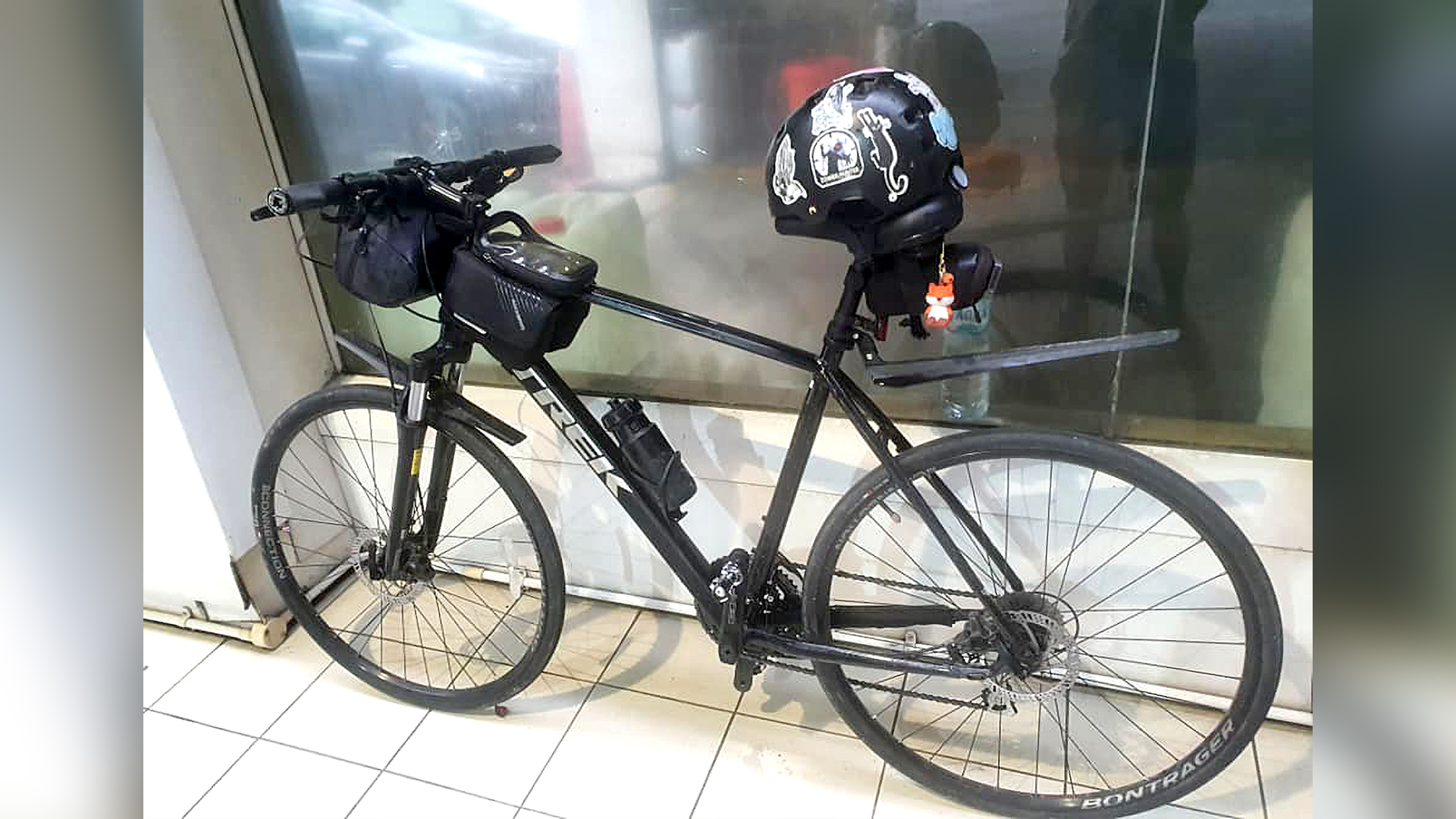 The bike that Riz Fox from Singapore uses to deliver food. (RizVicious88/Newsflash)

SINGAPORE — This Singaporean man lost a staggering 126 kilograms (278pounds) of weight by just delivering food on his bike for the past four years.

Riz Fox, 37, said his weight dropped from 200 kilograms (441 pounds) to 74 kilograms (163 pounds). He said he recently took up weightlifting to tone his remaining flab into muscle, in the process gaining a few extra lbs, and now weighs 85 kilograms (187 pounds).

Fox shared images of his achievement in a Facebook group for couriers on March 10, drawing praise from fellow deliverymen.

He said he now works six or seven hours a day as a courier, five days of the week.

Fox is no longer concerned with shedding any more weight and is building up his muscle and body strength. He said his “initial weight loss took a year”, with the help of a strict ketogenic diet.

He called the “keto diet” the “first step to losing my weight” and, as a result, “got the energy I needed to exercise.”

His job as a deliveryman began when he started cycling around the neighborhood to improve his fitness for which he was getting paid as well.

Fox now delivers for Grabfood and said he is in the best shape of his life.

“As you know, I weighed 200 kilograms, and I lost 124 and dropped to 76 kilograms thanks to a combination of keto and cycling,” said Fox.

The Singaporean recollected the times when his double-ton weight proved to be hell for him.

“It was so hard to do anything. Taking a shower was a chore and often left me tired, and all I wanted to do was lie down. It was about this time that I became friends with this guy who is super fit and strong. He mentioned keto on his page because he was cutting to make his muscles pop.”

Fox recently finished a 120-kilometer cycle around Singapore which he said took around five hours.

“On keto, it is mostly meat, cauliflower, mushrooms, and leafy vegetables,” he said.

Diets across the region are rapidly changing as new food trends emerge. The development of economies across the region has made food more affordable. The transition from agriculture to the industrialization has created employment for many citizens less physically demanding. These factors might have contributed to the rise of obesity across the region.