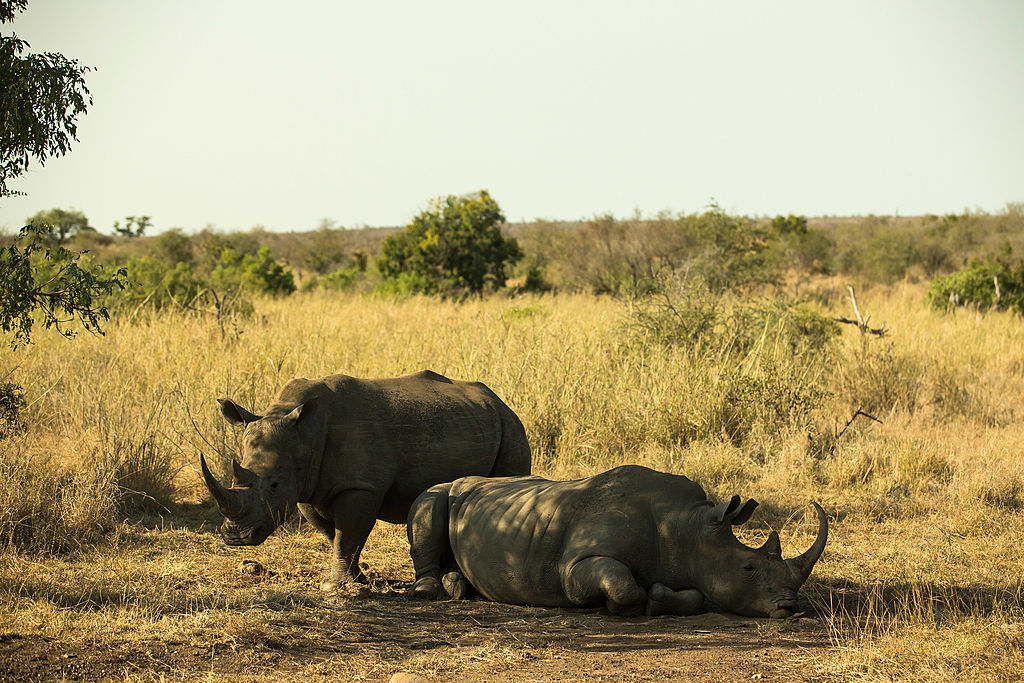 A recent surge in rhinoceros poaching in Botswana has provoked a war of words between the country’s former President Ian Khama, acclaimed internationally as a conservationist, and the present government.

In a recent Facebook post, Khama castigated the government of President Mokgweetsi Masisi for its failure to protect rhinos from poachers in the Okavango Delta and criticized its suspension of conservation measures he had implemented during his time in office.

“The resources and coordination for anti-poaching are no longer operational. The ability of poachers to be able to continuously poach in the same areas over and over again is an indication of lack of will to stop rhino poaching,“ said Khama.

The government pushed back with a press release describing Khama’s criticism as “economic sabotage,” following on from a senior government official’s comment late last year that implied the former president may have insider knowledge on the poaching activities.

Last year saw a record number of 37 rhinos killed for their horns, following a sudden increase in 2018 when 12 were killed and in 2019 when 29 were killed. This surge led the government to take the preemptive but controversial measure last year of dehorning some rhinos.

Botswana had built an impressive international reputation for its conservation of iconic species under Khama’s administration, having implemented strict anti-poaching measures. Khama had armed anti-poaching units with military weapons and authorized them to shoot known poachers.

When the Masisi administration took office in 2018, it disarmed the Department of Wildlife and National Parks anti-poaching unit citing the lack of a legal framework for permitting members of the unit to carry military weapons. It also lifted the ban on hunting of elephants, following a committee review that concluded human-elephant conflicts were taking too high a toll on communities.

The removal of the ban drew swift criticism from international conservationists, and Khama said the current status of wildlife showed the Masisi administration had clearly lost its way.

In response, Dr. Kabelo Senyatso, director of the Department of Wildlife and National Parks, expressed disappointment over the potential repercussions of Khama’s social media post.

“The DWNP is disappointed at the tone of the post which is regrettable coming from a very high ranking government official who should otherwise be aware of the security sensitivity of the subject matter, and its potential negative implications for tourism, which is the second highest foreign revenue earner for the country.

“The motive for the post is unclear, but borders on economic sabotage,” said Senyatso.

The accusations of economic sabotage are the government’s way of diverting attention from its own incompetence and the damage it has caused to the tourism industry, Khama said.

“The rate at which poaching is taking place and the lifting of the hunting ban which saw tourists canceling their bookings in protest before COVID 19 is itself an economic sabotage,” he said. “If you can’t protect the resource that creates jobs and is a significant revenue earner for the country and you allow hunting of the same resource on top of the poaching which they are failing to contain [then] they are the ones committing economic sabotage,” he said.

He said that conservation measures under his administration had done much to increase the rhinoceros population and this had in turn been a great impetus for tourism arrivals in the region. “All this has been completely reversed. Our rhinos are heading for extinction and are no longer visible like they used to be to most tourists visiting Okavango Delta,” said Khama.

He said that targeted and coordinated responses with local and international agencies had ensured that only one rhino was lost to poaching during his ten years in office. However, those agencies were now being frustrated and their work undermined, he said.

As for government efforts to protect rhinos by dehorning them, he dismissed those as futile and doomed to failure.

“It’s a just a coincidence that they are happening now. This could mean that those involved are more highly skilled than our anti-poaching teams here, hence they have on numerous occasions killed rhinos in an area that is heavily patrolled,” said Ives.

Ives, who was in charge of the data center and technology equipment used to monitor the movement of rhinos in the delta, said he did not believe Khama was linked to the poachers in any way, as suggested by Defense Justice and Security Minister Kagiso Mmusi last year.

The Department of Wildlife and National Parks has denied Khama’s allegation that as many as 120 rhinos with horns and without horns have been poached during the COVID-19 lockdown period.