COVIDO And Juliet: Romantic Husband Waits Under Hospital Window For A Glimpse Of His Wife

Corona rules ban visitors so devoted husband waited in the street underneath his wife’s room. 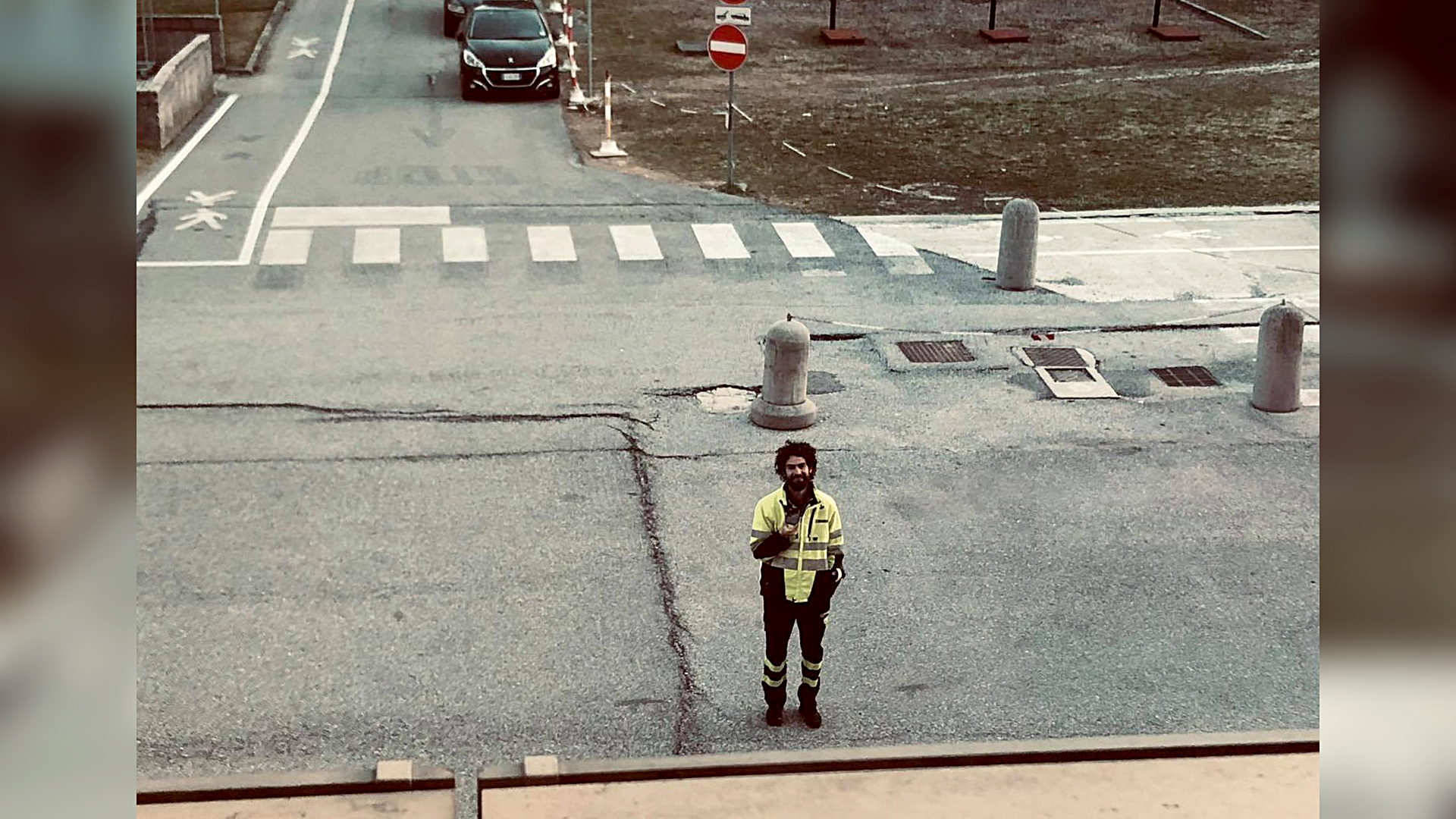 UDINE, Italy – A romantic husband, who was not allowed to visit his wife in the hospital due to Covid-19 regulations, decided to stand on the pavement outside to see her.

The wife Giulia Pascutti, 26, was moved by her 36-year-old husband Elia Bilia’s romantic gesture and shared a photo of him standing on the street in front of her hospital room, hoping for a glimpse of the woman.

“This is my husband under the window of my hospital room where I have was hospitalized for a week for bad pancreatitis,” she wrote on her Facebook post. “I wrote him that I missed him so much, and he showed up wearing his work clothes. As soon as he finished, he ran to see me for five minutes. Because they did not allow me to stand up, for me, this is love.”

Elia, who works as a mechanic, rushed to the hospital as soon as he finished with the work without changing his work attire.

Giulia, a school assistant in Reana, was hospitalized for a few days at the Santa Maria della Misericordia hospital in the Italian city of Udine.

She was depressed because the pandemic affected her hospital stay, where all non-urgent surgeries were canceled as there were no beds in intensive care. She was reminded in these difficult times how loved she was by the heart-warming gesture of her husband. Giulia was born in Brazil before she was adopted as a baby.

“I was born in São Paulo in Brazil. But only when I was 11 days old did I finally reach my mother’s arms after the adoption,” Giulia said.

She said she had always felt infinitely loved by her adopted parents, Claudio and Anna. “I love my family, and they are my strength.”

The lovebirds planned to get married in a church in Italy but, due to Covid-19 regulations, had to postpone the big wedding. They could only get their civil marriage certificate from the town hall.

“We look forward to having a wedding ceremony in a church as soon as the situation improves,” Giulia said.

As of March 16, the total number of cases reported by the authorities in Italy surpassed 3.2 million. The north of the country was mostly hit, and the region with the highest number of cases was Lombardy, which registered more than 673,000 of them.

The neighboring region of Veneto, and the Southern region of Campania, followed in the list. When adjusting these figures for the population size of each region, however, the picture changed considerably. The autonomous province of Bolzano was the area where the virus had the highest relative incidence.