Cake Me To Your Leader: Astonishing Predator Alien Cake Wins International Bake Off

Movie monster took 40 hours to make and is too special to ever be eaten, says creator.
By Feza Uzay March 19, 2021
Facebook
Twitter
Linkedin
Email 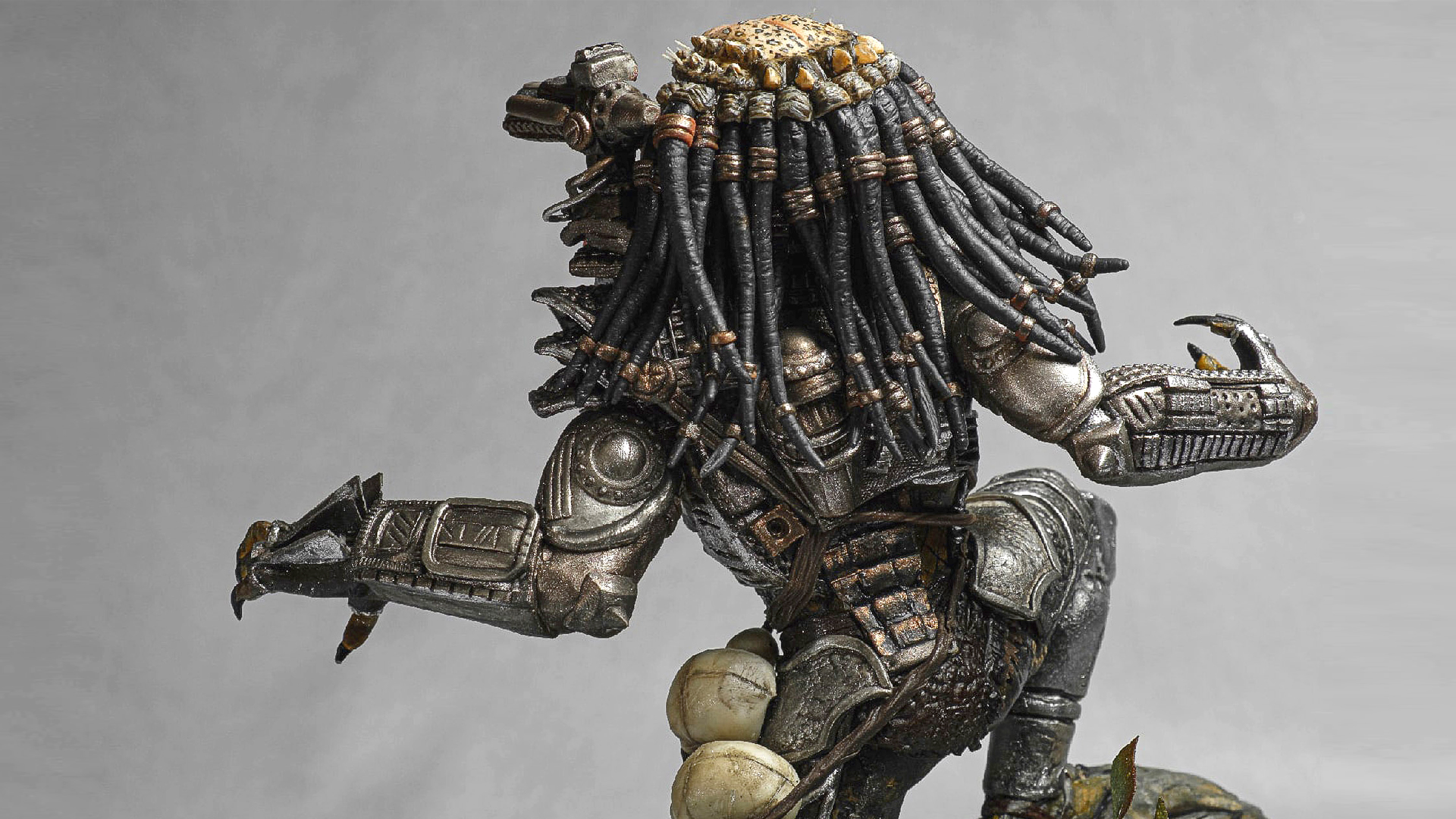 The picture shows the Predator desert with which won Tatyana Kholodtsova the best Decorative Figure prize at the UK’s Cake International competition. (@kholodtcova/Newsflash)

SAINT PETERSBURG, Russia — A Russian woman from the city of Saint Petersburg won the best Decorative Figure prize at the UK’s Cake International competition with her fearsome-looking Predator desert.

Tatyana Kholodtsova, 48, took a total of 40 hours to create the Predator, also the title character of a film series of the same name.

“Creating tasty figures is my favorite pastime over the past ten years. I love doing it,” said Kholodtsova.

Kholodtsova is a gold and a silver Cake International winner. Her creative career as a cake artist started in 2013. Since then, she has been teaching anatomical modeling in cakes. Today, she has one of the largest schools in Russia, which has already trained more than 1,000 people for modeling cakes using sugar paste and chocolate.

The cake room boasts mood lighting and has an air conditioner to keep her cake creations constantly cool without the risk of melting.

Kholodtsova even displays some previous works in glass containers on shelves around the flat.

The cost of the ingredients to make her award-winning Predator desert was RUB 1,500 ($20). However, she does not have any intentions to sell it.

“This is not quite a cake in the usual sense and is a competition work made of modeling chocolate. It is not intended to be eaten but is made entirely of edible ingredients and can be eaten if desired. It will stay on display in my flat in a glass case,” Kholodtsova said.

The figure is 34 centimeters long, and the background is waffle-paper dyed with food coloring. The moss is of corn silk, and the glucose syrup used was prepared with water.

She purposely chose this character because it was the most challenging one she could think of. Due to the intricate details that her piece holds, she thought it would be the best fit for the competition.

Cake International took place in Birmingham in early March, where about 800 applicants worldwide took part in the competition.

Kholodtsova was recently appointed as the “official representative” at Cake International to support the competitors. She is also designated as a judge at an educational flash mob by the Cake International on ‘sugar flowers,’ to be held from April 2 to May 23.

“It would have been hard for me to attend in person if it was not staged virtually because of the traveling and accommodation costs involved,” said Kholodtsova.

The contest was held online for the second time due to the Covid-19 pandemic.

“All I am thinking about is training my son and entering him in the children’s event as he also wants to make cakes of his favorite video game characters,” she said.