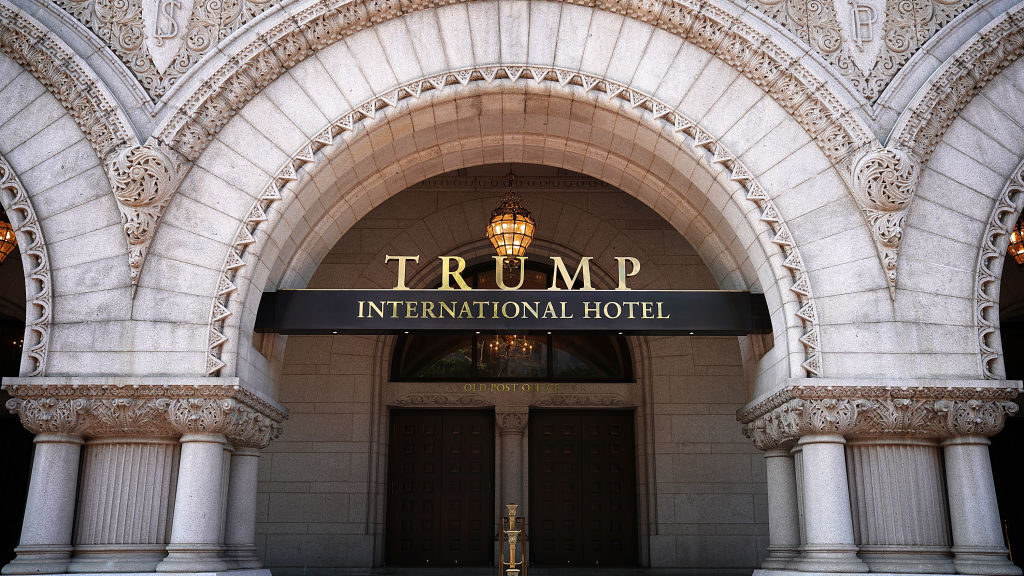 The Trump International Hotel in Washington, D.C., located blocks from the White House, has become both a tourist attraction and also served as a symbol of ex-President Trump's intermingling of business and politics. (Win McNamee/Getty Images)

A major booking agency catering to the luxury travel market has dropped all Trump-branded hotels and resorts from its elite services.

Virtuoso Travel didn’t publicly announce its change in policy, which affects all 10 hotels and resorts operated by the former U.S. president’s company. The change occurred the week of March 8.

“As of March 8, 2021, Trump Hotels are no longer part of the Virtuoso network,” said Misty Ewing Belles, managing director of global public relations for the agency. Belles did not comment on why the decision was reached.

Trump hotels were still listed on the Virtuoso website on March 9, but have since been removed.

“Virtuoso considers many variables when reviewing both existing and new network participation. Out of respect for all involved parties, and as a general policy, we do not share comments regarding our non-renewal and exit decisions,” Belles said.

The decision came 60 days after Americans watched a mob of rioters attack the U.S. Capitol in Washington, with some of them saying Trump inspired them.

Virtuoso, which describes itself as a “by-invitation-only organization through which member travel advisers have privileged access to exclusive amenities, travel offers and rare experiences that you can’t get on your own,” partners with hospitality companies to provide accommodations to clientele.

Some properties with the former president’s name were struggling financially before the move by Virtuoso. After the Capitol riot in January, the Professional Golfers Association, as well as New York City and some banks, cut ties with the Trump Organization.

The Trump International Hotel in Washington D.C., once a popular destination in the nation’s capital for the former president’s supporters, has struggled financially since opening in September 2016. Attempts to sell the property have repeatedly been delayed.

More recently, the D.C. hotel came under scrutiny for reportedly boosting its prices on March 3–4, the night before some conspiracy theorists believed the former president would be reinstalled in the White House. Prior to the 1933 passage of the 20th Amendment, presidents were sworn in on March 4.