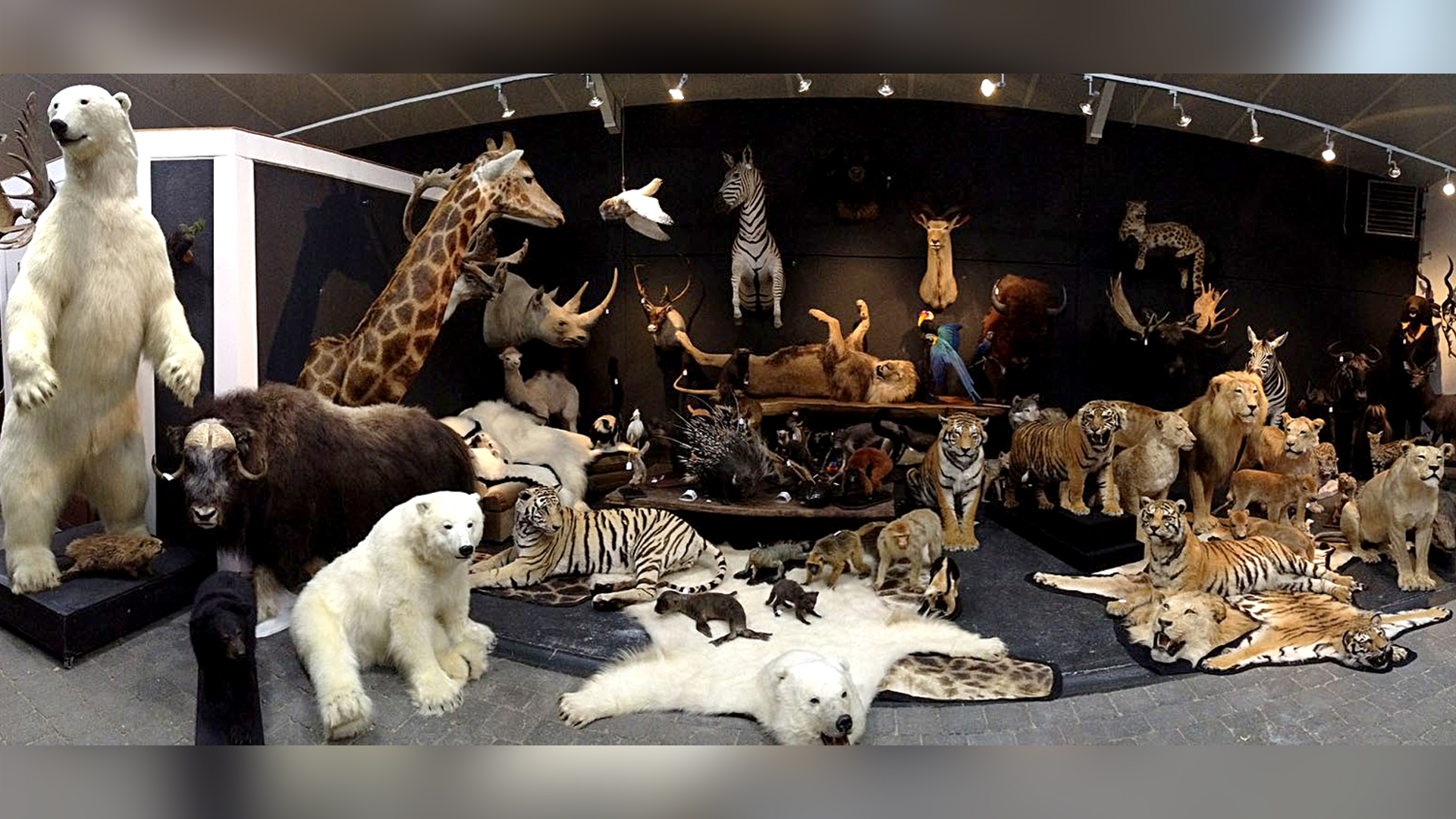 A scammer had stolen 850 pieces from a collection of exotic stuffed animals from Belgian entrepreneur and millionaire Christian Polis. (Masai Gallery/Real Press)

LIÈGE, Belgium — Over $3.5 million worth of rare stuffed animals have been stolen from at Masaï Gallery in the Belgian city of Liege, in the French-speaking region of Wallonia.

The taxidermy gallery specializes in purchasing carcasses of animals, often endangered ones, from zoos and stuffing them before selling them to museums in the U.K. and China. Its chief executive, Christian Polis, a Belgian entrepreneur and millionaire, confirmed the loss of hundreds of items from the collection that is his life’s work.

It all started when Polis quizzed one of his employees about “missing items” from the gallery’s warehouse in October last year. The employee, who has since been fired, ended up admitting he had sold a significant part of the collection “on the black market”, pocketing the money.

As soon as he realized that these pieces were missing, Polis did an inventory check and found that in total, “over 850 pieces had vanished”, which he said represents “a loss of EUR 3 million ($3.5 million)” at market value.

Polis, 64, a serial entrepreneur, is in damage control mode. Numerous customers have since contacted the gallery to say that they had not received their purchases. It turned out that the employee sold the same items “multiple times over to different customers”.

Polis is also the chairman of Polis Animals Foundation, which has links to the gallery. He hopes to use it to set up an “educational museum” featuring rare and endangered stuffed animals.

In total, 850 pieces, including rare and endangered stuffed animals and animal skins, “250 of which were part of the foundation’s separate collection”, have been stolen. Some of these pieces are “worth up to EUR 15,000 ($18,000)” each.

Polis, Masaï Gallery, and the foundation — to which Polis has donated over 4,000 animals from his private collection — have all “filed complaints with the authorities. Their investigation is ongoing, but so far no arrests have been made.” The entrepreneur and his team are concerned that things are “not moving along fast enough”. While they have managed to recover some items, many are still missing.

Polis explained that the gallery, founded in 2009, sells to customers — “many of them museums” — all over the world and that some of their customers that have been affected by this massive theft are “in the U.K., the Netherlands, Belgium, France”, and many other countries.

The company is proud of the fact that they only stuff animals “that have died of natural causes” and that come from verified sources “such as zoos”, making use of their carcasses to educate people about these beautiful species without contributing to poaching.

Before the coronavirus pandemic, China was their most important client.

Polis explained that because many of these animals are listed as endangered, “buying and selling their carcasses or furs is a tightly regulated business”, which requires disclosing lots of information to the authorities and obtaining certificates that indicate their point of origin.

He said that “anyone caught selling on any of these items, therefore, runs the risk of falling foul of laws” that govern not just common theft but also rare and endangered species trafficking laws.

Polis and his team are shocked that the employee, who has not yet been named following recommendations from their legal team, could do something like this. “This man was in ‘inner circle’ and someone I trusted and considered a friend,” Polis said. “He regularly attended dinners and barbecues, and no one suspected that he could have done something like this.”

The suspect is not believed to have pocketed EUR 3 million, as it was revealed when some pieces were recovered that they had been sold in some cases for as little as “a fifth of their market value”.

But the suspect is still believed to have pocketed “hundreds of thousands of Euros”. He is currently not in police custody.

The employee is suspected of having stolen the items from the gallery and the foundation before fraudulently selling the 850 missing stuffed animals and skins on the black market. He is also suspected of having hidden their sale by “throwing away the transportation invoices addressed to the gallery” and by directing customers to “pay money into his and his wife’s personal accounts”.

But Polis is keen to restore his honor and set things right. “At the moment,” he said, “the authorities’ investigation is moving very slowly.” He fears the chances of recovering all the stolen items are dwindling.

He has appealed to anybody who thinks that they may have purchased a stuffed animal or a skin at a bargain that may be too good to be true to “check their purchase for certificates” and report any suspicious goods to their local authorities. He also encouraged people who think they may have bought a stolen stuffed animal to “contact the gallery in Liege so that they may share information and assist each other” in filing complaints.