Despite rivalry, the Afghan Taliban are facilitating the rise of their Pakistani counterparts.
By Kunwar Khuldune Shahid March 17, 2021
Facebook
Twitter
Linkedin
Email 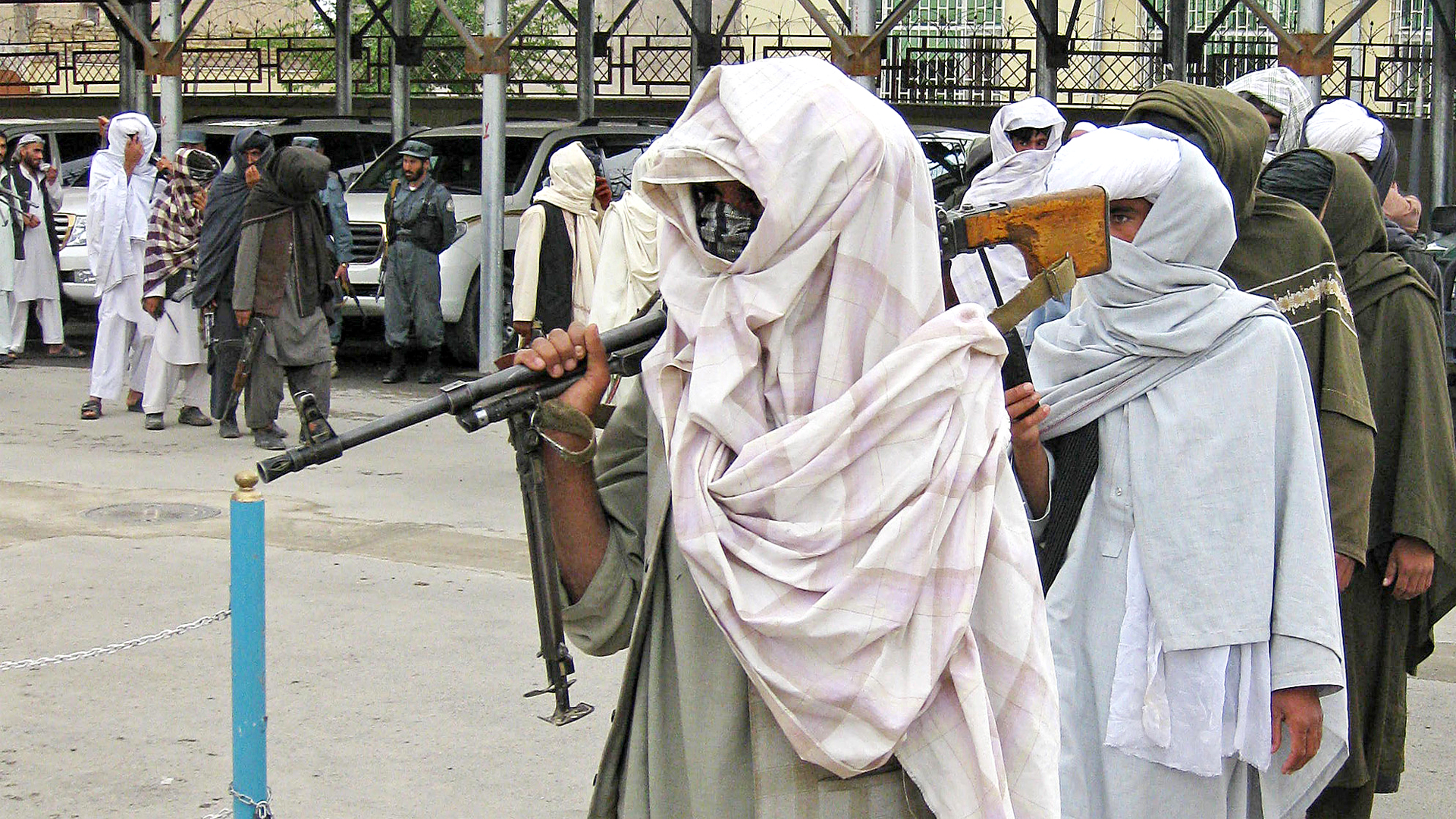 LAHORE, Pakistan — As the Afghanistan government agrees to talks with the Taliban in Moscow on Thursday following the proposal by the Joseph R. Biden regime in the U.S., the security situation in Pakistan is worsening.

The areas bordering Afghanistan provinces, encompassing the volatile provinces of Balochistan and Khyber Pakhtunkhwa, have seen the resurgence of Tehrik-e-Taliban Pakistan (TTP) and the rise of the Islamic State in recent months.

The TTP’s re-emergence in the former Federally Administered Tribal Areas (FATA) was witnessed in 2019 when locals from Miranshah in Pakistan’s Waziristan started receiving fatwas asking for bans on music, women leaving their homes, and polio vaccinations.

The threats have spread to other parts of the tribal areas in recent months, with pamphlets and letters scribed by the TTP chief Noor Wali Mehsud, who has been blacklisted by the United Nations in 2020, threatening government officials and journalists. A warning issued in February urged the locals to brace themselves for a rise in Taliban attacks.

The Pakistani Taliban have resurfaced after military operation Zarb-e-Azb in 2014 largely eliminated their presence in North Waziristan, where many of the TTP factions had moved in after the Rah-e-Nijat Operation in 2009.

The Islamic State, meanwhile, announced its presence in the region with its Khorasan faction launched in January 2015. In May 2019, months before the TTP reaffirmed its return to Waziristan, Islamic State announced its new provinces in India and Pakistan. 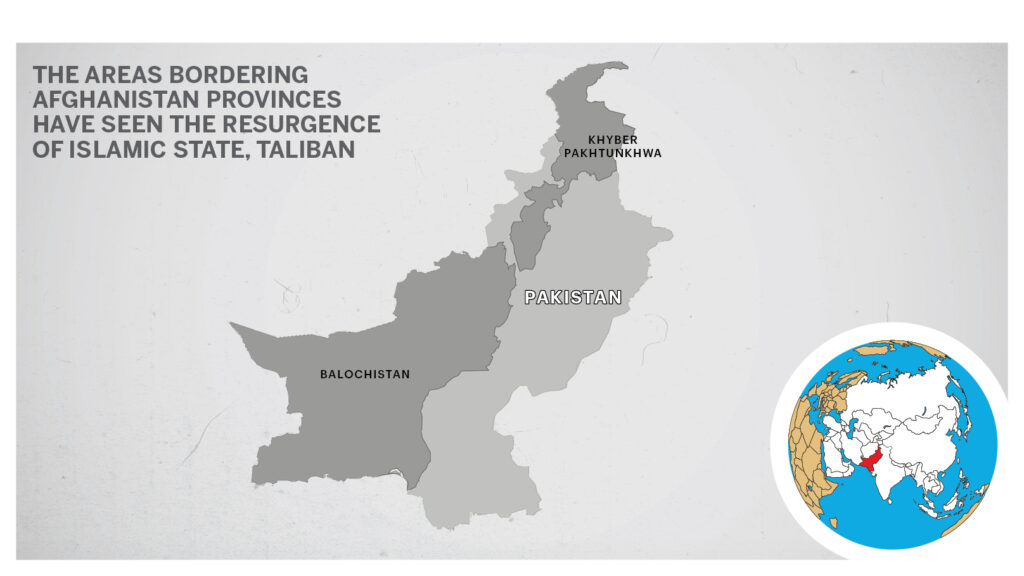 The Islamic State has worked in tandem with TTP allies and factions like the Jamaat-ul-Ahrar (JuA) and Lashkar-e-Jhangvi al-Alami (LeJA) to launch terror attacks in Balochistan. The most notable among these are the attacks targeting a government hospital in Quetta in 2016, the Bethel Memorial Methodist Church attack in 2017, and the 2018 suicide bombing on an election rally in Mastung, in Balochistan province, which was the second deadliest terror attack in Pakistan’s tumultuous history.

The JuA, a LeJ faction, Hezb ul Ahar, TTP (Bismillah), TTP (Sajna), and the al-Qaeda-linked Amjad Farooqi group joined the TTP in 2020. Most of these groups had found refuge in Afghanistan, according to the United Nations Security Council report last year.

Following the reassembly, the TTP has increased its terror raids in the former FATA. On Feb. 21, six individuals were kidnapped in North Waziristan. A day earlier, four female social workers were shot dead in Mir Ali town of North Waziristan.

“There has been a rise in killings over the past two to three months,” rights activist and politician Abdullah Nangyal, a member of the Pashtun Tahaffuz Movement, told Zenger News.

“Four women were killed last month; [on March 15] a woman was martyred in her home. It’s condemnable and against Pashtun culture to target women

“In the Dottani tribe of South Waziristan warfare has been going on for the past 25 days. Two, three people are dying every day. There are openly using rocket launchers and cannons. In the Barang area of Bajaur, intense bombings are ongoing. But the state is least bothered,” Nangyal said.

The former FATA was merged into Khyber Pakhtunkhwa in 2018, after having been hitherto governed through the British Frontier Crimes Regulations of 1901. Before 2018, the Afghanistan-bordering FATA had become the hub of jihadist groups, most notably the TTP and its factions.

But two-and-a-half-years since the mainstreaming of FATA was initiated, locals say the attitude of the state apparatus remains the same. Many say that reforms that were to be carried out in former FATA haven’t even been initiated.

“Qabaili is a concept, a thought process. Until you remove this world, the thinking won’t change,” Betani said.

Others point out that merely the names and designations of the law enforcement agents have been altered, but the same individuals are occupying the same positions.

“The changes are there only on paper,” FATA Research Centre President Saifullah Mahsud told Zenger News. “The political agent became the DC [deputy commissioner]. But confusion remains over duties and responsibilities of government officials.”

“Civil matters are not the army’s specialty. They are managing the region because they are already there and are considered the most powerful institution [in the country]. However, question marks remain over jurisdiction, and despite the constitution now applying in the area and the high court’s ruling also being applicable, the Jirga system remains,” he said.

The Jirga, a traditional assembly of tribal elders which issues verdicts on all matters, legally became redundant following FATA’s merger with Khyber Pakhtunkhwa. Many of the Jirgas have been spearheaded by the Taliban.

Local activists have argued that the longstanding legal vacuum in the tribal belt has allowed jihadists to flourish. Now rights groups and activists say that Pakistan’s bid to mainstream the Afghan Taliban in Kabul is pushing Islamabad to maintain the turbulence in former FATA.

“The road is being paved for militancy again. They’ve been doing it for over 40 years. To make the Afghan Taliban a stakeholder again, it is important to send reinforcements from this side. For that, you need turmoil here,” said Nangyal.

Nangyal’s Pashtun Tahaffuz Movement, or Pashtun Protection Movement, was launched in 2018 following the extrajudicial killing of Pashtun laborer Naqeebullah Mehsud in a fake encounter. It has since spiraled into a nationalist movement for countrywide Pashtuns demanding an end to human rights abuses carried out by the state.

The Pashtun Tahaffuz Movement accuses the Pakistan Army of propping terror groups in the tribal areas. The Pakistani military establishment accuses the Pashtun Tahaffuz Movement of aggravating the security situation by fabricating resentment among the locals against the Pakistan Army, which hinders counterterrorism operations. There is a blanket ban on local media coverage of the group.

However, some security experts argue that the local resentment is owing to the flawed operations in the region. They also accuse the state of jeopardizing peace in Pakistan by vying to control the future of Afghanistan through the duplicitous support for the Afghan Taliban.

“You can’t prevent the TTP from gaining strength if you support Afghan Taliban. How can we differentiate between the two? Also, how can we say that the Taliban are good for Afghanistan but not good for us?”

Masood also says that the Pakistan Army has used groups like LeJA to counter separatists in Balochistan. Many of those LeJA foot soldiers have now gravitated towards the Islamic State.

“They are always using one group against the other. That makes Pakistan very divisive. What is needed are policies that attract the large majority of the locals,” said Masood.

“They need to be fairer towards the Pashtun Tahaffuz Movement, which is pursuing a democratic route. You may not agree with some of their policies, but fundamentally they are promoting democracy, which is what Pakistan needs.”

«Previous Post
What Indian Women Want: Apps That Go Beyond Period Trackers And Safety»Next Post
India Home To 22 Of 30 Most Polluted Cities In World, Study Claims