Enter, Singing: Mexican Musicals From Broadway And Beyond

While standards from New York are popular, so are homegrown productions. 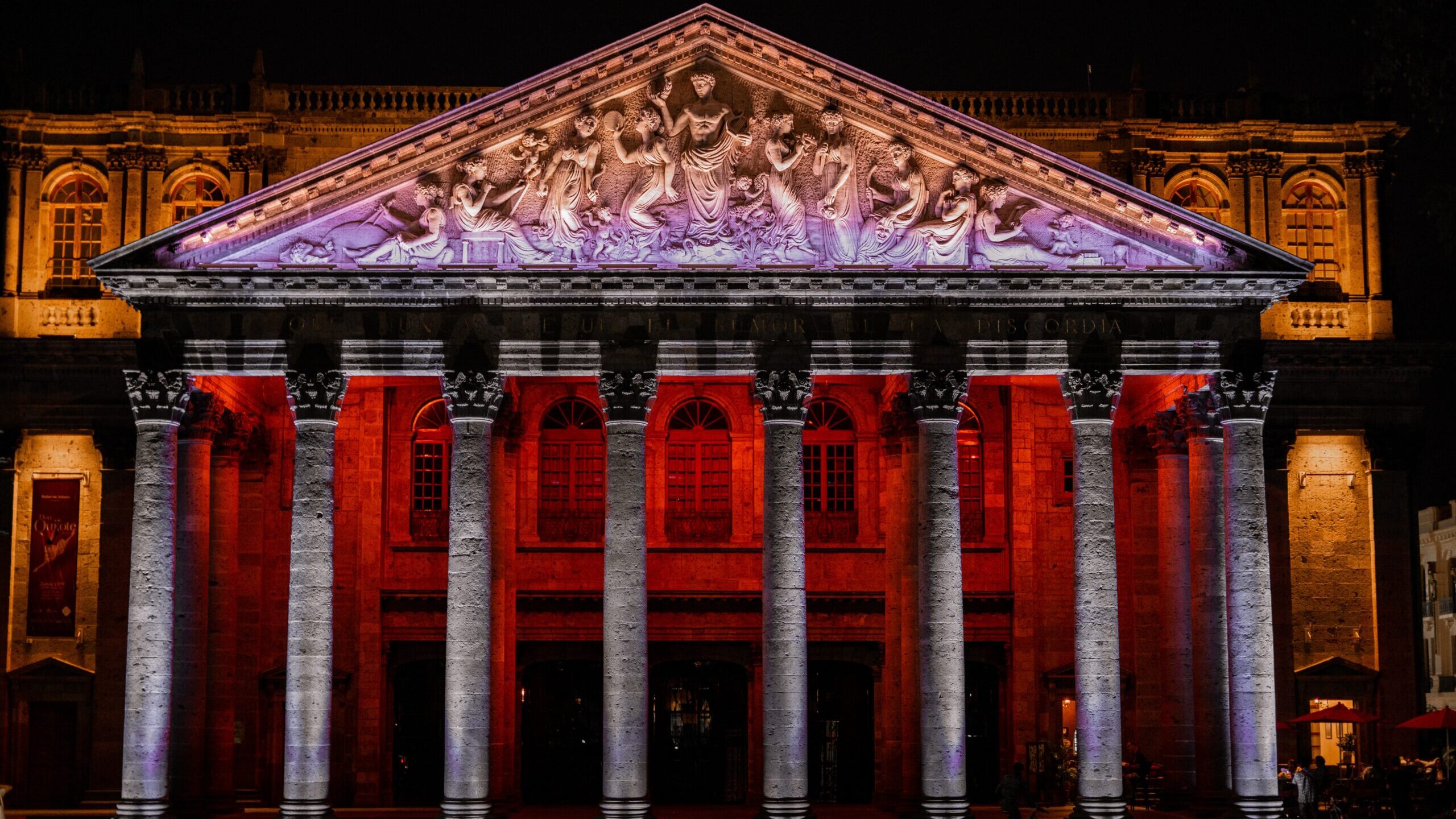 Mexico has a long theatrical tradition and many theaters with majestic architecture, such as the Degollado Theater in Guadalajara. (Roman Lopez/Unsplash)

Modern-style musical theater has been hitting the stages in Mexico since 1952, said Fabián de la Cruz Polanco, author of a book on the genre’s history in Mexico City.

In the nearly 70 years since, musical theater has won many fans throughout the country.

“Theater is hardly seen in Mexico. However, this type of entertainment — musical theater — is striking because many plays resort to comedy, and that attracts the audience,” said Marylú Alvarez, a 21-year-old art student at the Veracruzana University and a fan of musical theater.

Many people wonder how Mexicans’ passion for musical theater began. The answer lies in seemingly timeless Broadway productions that traveled to foreign countries, said Álvarez. “They managed to position themselves as high-quality stories that many wanted to see.”

“The Sound of Music,” “Fiddler on the Roof,” and “Gypsy” were among the early musicals presented in Mexico. The first performances sparked “the interest of connoisseurs and music, literature and dance lovers,” said Álvarez.

After the first few seasons drew thousands of spectators, the spell of musicals multiplied. The talent and stories aroused investors’ interest, who bet on the careers of singers and acting professionals such as Lolita Cortés.

OCESA, a show promoter, staged impressive productions in the late 1990s that raised the genre’s quality standards. Upon opening, it presented Disney’s “Beauty and the Beast,” which drew an audience of 650,000 a year. Since then, OCESA has featured more than 25 plays, each of them with hundreds of performances.

Important musicals presented in Mexico include “Jesus Christ Superstar,” “RENT,” “The Phantom of the Opera” and “Chicago: The Musical.”

A successful season of the latter granted actress Bianca Marroquín a place in the Broadway musical in 2002. Other actors were able to perform in Spain, Argentina and Brazil, which speaks to the quality that Mexican musicals had reached by the beginning of the 2000s.

But not all Mexican musicals come from Broadway. One of the most influential plays of the 21st century is “Hoy No Me Puedo Levantar (“Today I Cannot Wake Up”), with songs by the iconic Spanish band Mecano.

De la Cruz Polanco says that “It is important for people to know the history of musical theater in our country, which to this day continues to be a highly popular, current genre.”

However, he recognized that the global pandemic had wreaked havoc on Mexican musical theater, whose expensive productions are difficult to maintain even in good times.

Álvarez is also concerned about the industry’s future and recommends its fans to find ways of contributing to it. One route: buying recorded versions of musicals for play at home.

“Seeing a musical through digital platforms may not be a complete experience, but it is a way of supporting and immersing oneself in this art that was already a hit before the health emergency.”