Felix, who hails from Southern Spain will be celebrating his second birthday next month.
By James King March 16, 2021
Facebook
Twitter
Linkedin
Email 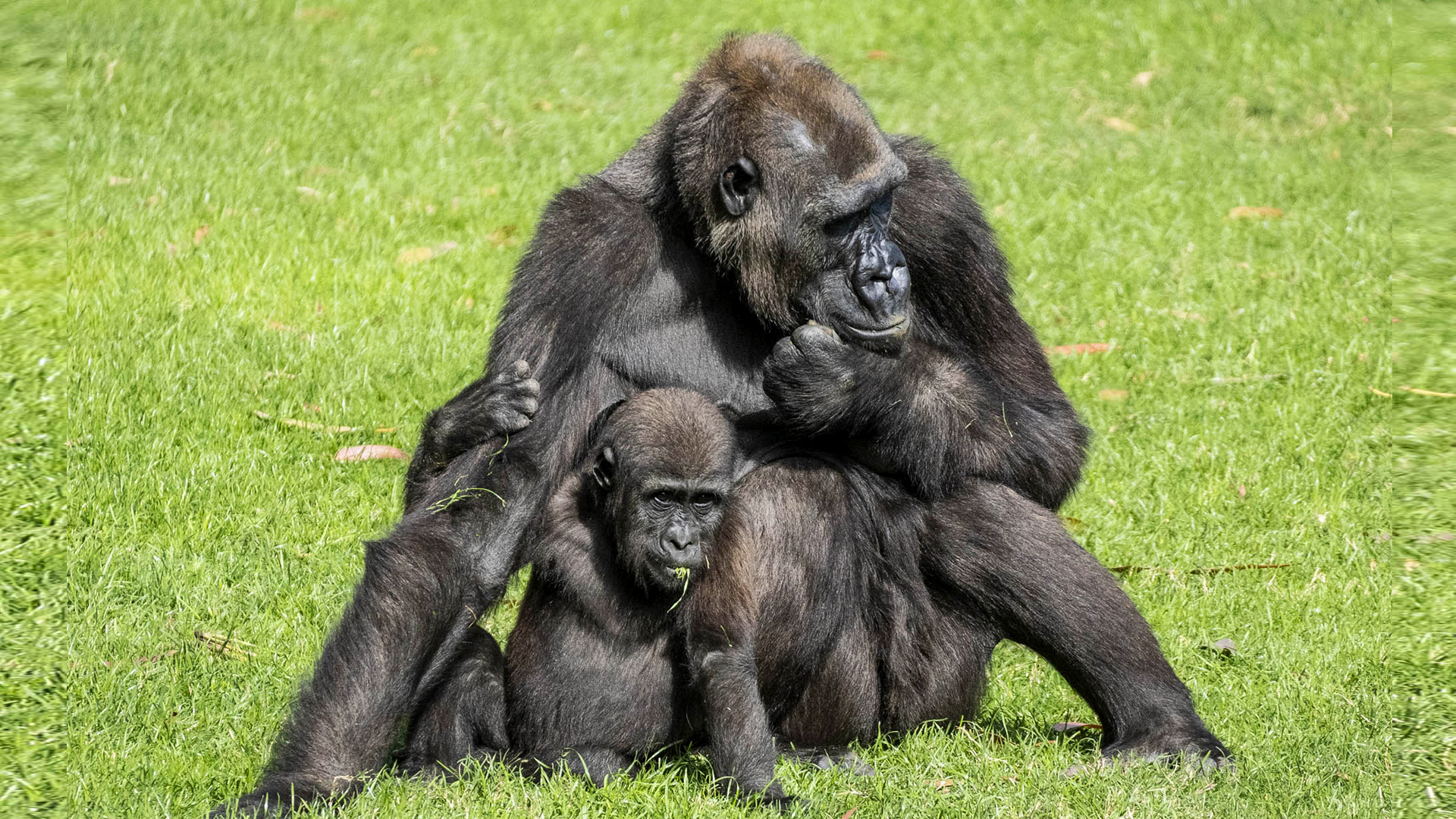 The gorilla Felix celebrates 23 months at his home in the Valencia Bioparc in the city of Valencia. (Bioparc Valencia/Newsflash)

VALENCIA, Spain — A 23-months baby gorilla is seen having a good time with his herd in the Valencia Bioparc in the eastern Spanish region.

The young gorilla named Felix, who hails from Southern Spain, will be celebrating his second birthday next month.

“Felix was named after Felix Rodriguez de la Fuente, who was a pioneer in environmental protection who worked tirelessly to protect animals and preached the need to maintain a balance between humans and nature,” said a statement obtained from the zoo.

In the footage obtained by Zenger News, Felix is seen in a cheerful mood with his friends whilst his mum, Ali, and dad, Mambie, keep a watchful eye on the playful young primate.

The toddler-gorilla spends most of his time on his mother’s back but occasionally wanders off on his own to explore his home and play with his friends.

Felix is a member of the Gorilla species, one of our closest ancestors, sharing an estimated 98.3 percent of human DNA.

The Gorilla is native to the Congo Basin in Central Africa and is divided into two groups. They are broadly known as the Western Gorilla and the Eastern Gorilla. Both gorillas are classified as Endangered by the International Union for Conservation of Nature (IUCN). These gorillas are usually found in nature on forests’ edges and mostly feed on vegetation and occasionally insects like termites.

The zoo is working towards the preservation of the gorilla species through its Bioparc Foundation. It is a member of the European Endangered Species Programme (EEP), which operates a worldwide assembly for breeding programs working with endangered species.

The European Endangered Species Programme (EEP), founded in 1985, had issued zoos with mandatory breeding recommendations to keep the genetic diversity as high as possible, avoiding inbreeding and developing a European population independent of the wild. It is currently known as the EAZA Ex-situ Programme (EEP).

It is one of the worldwide assemblies of such regional breeding programs for threatened species in zoos. The North American counterpart is the Species Survival Plan (SSP), while Australian, Japanese, and Indian zoos also have similar programs.

Despite having no natural predators, Felix’s species have become endangered due to human activity.

Poaching, deforestation, and environmental degradation have decimated the number of gorillas in the wild. As per the United Nations, the gorilla could go extinct by the middle of this decade.