VIDEO: Fall Of Duty: Hero’s Parade For Cop Who Died To Save Others From Horror Crash

Officer blocked the road with his own car as an out of control vehicle raced towards him.
By Darko Manevski March 16, 2021
Facebook
Twitter
Linkedin
Email 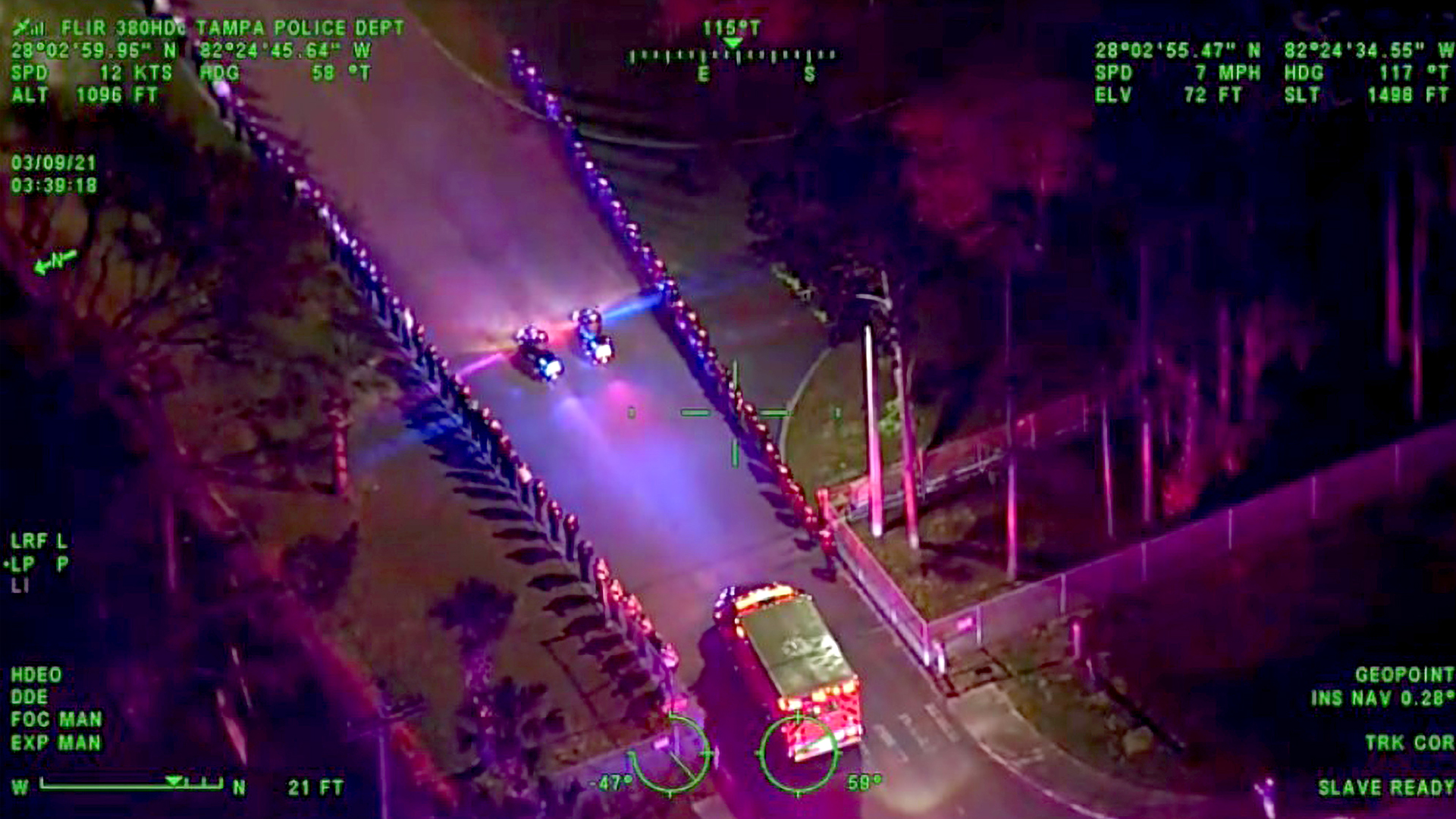 Master patrol officer Jesse Madsen receives a police escort after he was killed in a tragic car accident. (TampaPD/Clipzilla)

TAMPA, Fla. — A Patrol Officer was given a hero’s parade after losing his life trying to protect others in a fatal highway accident on March 9.

“We have reason to believe that he veered into this oncoming car to protect others. That is what we have gathered from some of our witnesses. When you look at someone who has earned seven life-saving awards, it’s no surprise he would take such swift action and do this,” said Brian Dugan, Police Chief of Tampa.

The incident took place at Interstate 275 in the city of Tampa, Florida, at 1 am.

The 45-year-old father of three and a seven-time winner of the Tampa Police Department’s Life-Saving Award lost his life when another speeding vehicle driving in the wrong direction crashed into his patrol car.

Police officials are currently investigating why the driver, Joshua Daniel Montague, 25, who also died in the crash, entered the wrong lane in the first place. However, some witnesses said Madsen deliberately steered his SUV into the car’s path to protect other passengers on the road.

“In a few hours, I am about to do the hardest thing in my life, and that is present the American Flag to Jesse Madsen’s wife and three children. Let him never be forgotten, and may he Rest in Peace. God bless his family,” read the tweet of Chief Brian Dugan.

The department held a candlelight vigil to honor the life of a fallen Master Police Officer. Madsen’s name will be unveiled for the first time on the TPD Monument to ‘Fallen Officers’ by his wife and children. The Old City Hall and Downtown/Skyway bridges will shine blue for a 7-day mourning period.

“If he took steps to try to save others by laying down his life, that is a true testament to the kind of individual that Jesse Madsen was,” said Jane Castor, Mayor of Tampa.

Castor visited Madsen’s wife, Danyelle, and the couple’s sons. “They are devastated. They’re very, very thankful for the thoughts and prayers of the entire community. They’re not sure of the next steps to take, but we’re a very tight-knit family, and we’re going to do everything we can to make this most difficult time as easy as it can be for them,” he said.

Wrong-Way Driving (WWD) has been an area of concern in the United States for since long as per the research paper by ‘Center for Transportation Research and Education.’

“The accidents involving wrong-way drivers tend to be the most severe crashes in terms of occupant injuries and resultant crash costs. WWD is also a significant threat to traffic safety as the act exacerbates the crash and fatality risks among occupants in the wrong-way vehicle, as well as those of occupants in the vehicles traveling in the correct direction,” states the research.