VIDEO: Blade Runner: Police Gun Down Knifewoman Who Charged Them In Street Showdown

Suspect shot and tasered as she threatened officers outside of car wash.
By Maja Mishevska March 16, 2021
Facebook
Twitter
Linkedin
Email 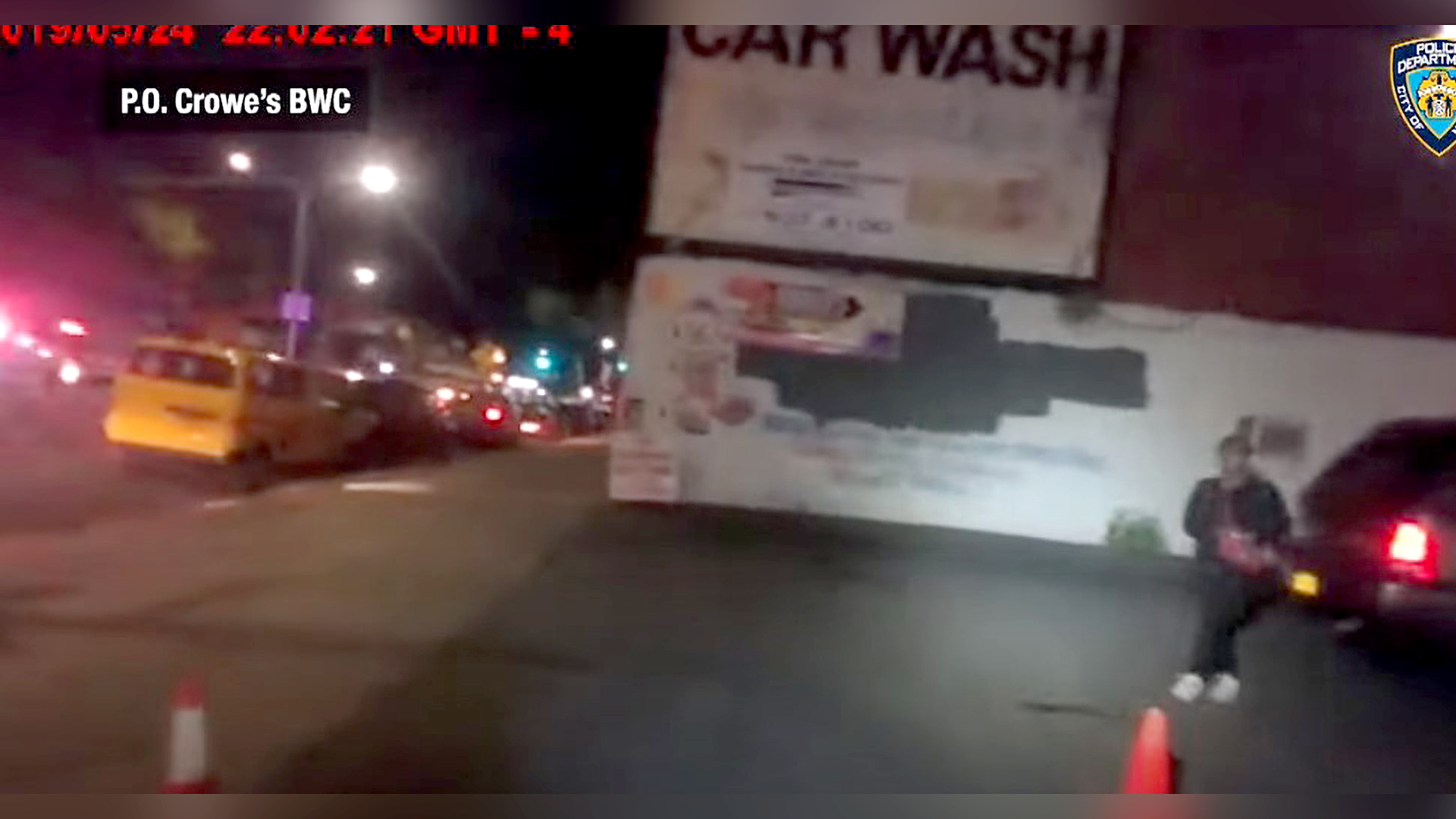 The woman was shot by the officers after she repeatedly refused to comply with officer orders. (NYPD/Clipzilla)

NEW YORK — The New York Police Department (NYPD) has released a body cam video of a knife-wielding woman shot by an officer after refusing to comply with their orders.

The woman, identified as 49-year-old Lydia Spicer, shouted and threatened the two officers. “You better shoot me! You’re gonna have to shoot me!” Spicer said several times while advancing towards the officers with her knife, as seen in the video.

Soon after, NYPD Officers Casey Thomas and William Crowe exited the car as Spicer threw a glass bottle. After which, she grabbed a knife from her shoulder pouch and charged the officers as they repeatedly told her to drop the knife.

At one point, Officer Thomas fired her service weapon, striking Spicer in the abdomen once. Although suffering from a gunshot wound, Spicer continued to walk across the avenue, still holding her knife. Just as back-up officers arrived on the scene, they saw her approaching a civilian on the street when they deployed a taser to immobilize her.

“The video includes available evidence leading up to the incident as well as during the incident. The NYPD is releasing this video for clear viewing of the totality of the incident,” the NYPD said in a statement.

She was knocked down to the ground, where she dropped her knife. She was rushed to the hospital and treated for her gunshot wound. She was arrested and taken into custody.

Gun-related accidents are common in the US, but suicides make up to 60 percent of the gun-related deaths in the United States. “In 2017, the most recent year for which complete data is available, 39,773 people died from gun-related injuries in the US, as per the CDC. This figure includes gun killings and suicides, along with three other, less common types of gun-related deaths tracked by the CDC,” as per a research article.