Hundreds of anti-government demonstrators have been prosecuted, and at least 32 are currently detained.
By Farid Sait March 16, 2021
Facebook
Twitter
Linkedin
Email 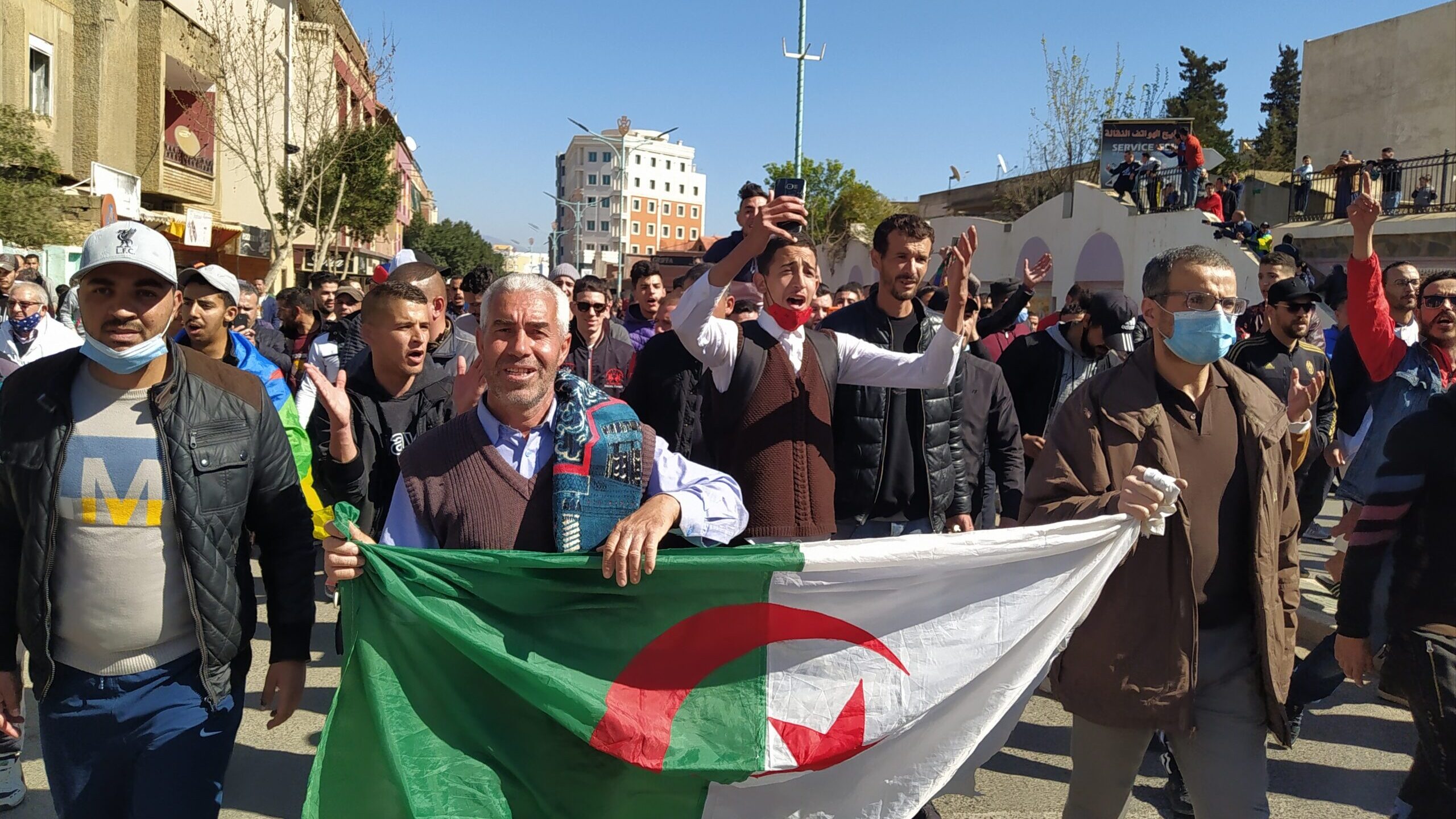 A call by the United Nations for Algeria’s government to investigate allegations of human rights abuses, including torture, arbitrary arrest and sexual assault, has so far gone unanswered.

The Office of the United Nations High Commissioner for Human Rights on March 5 urged Algeria to launch “a quick, impartial and rigorous investigation” into allegations of severe human rights abuses against pro-democracy demonstrators.

Rupert Colville, spokesperson for the office of the high commissioner, said there were “credible reports” of torture by security forces, and that the United Nations was very concerned about deteriorating conditions in the country.

Thousands of Algerians have been taking part in demonstrations, known as Hirak, calling for a change in government and an end to the military’s control of political affairs. The demonstrations, which began in February 2019, resumed earlier this year after a hiatus due to Covid-19 restrictions.

“We are deeply concerned about the deteriorating human rights situation in Algeria and the continued and growing repression of members of the pro-democracy Hirak movement,” Colville said.

He said hundreds of demonstrators have been prosecuted and at least 32 are currently detained. Some detainees were also arrested for posting messages on social media that criticized the government. Some have received long prison sentences for their part in pro-democracy activities.

The OHCHR said it was calling for an end to the violent repression, arrests and detentions. It also requested that Algeria give “immediate and unconditional release” to pro-democracy demonstrators and drop all charges against them.

Support for Algeria’s pro-democracy movement has come from the Algerian diaspora in France and Canada. Many in the diaspora have filed complaints and cases with the United Nations, denouncing the torture and human rights violations.

Among the cases brought to the attention of the OHCHR is that of Walid Nekkiche, a 25-year-old student who was allegedly raped with a broomstick by security forces while in custody. Nekkiche was released after charges of conspiracy against the state were dropped.

Another case before the OHCHR is that of activist Sami Darnouni, who has been in custody since December 2020. He was sentenced on March 2 to two years in prison on charges of undermining national security and incitement.

His lawyers deny the charges and say that Darnouni was “forced to confess under torture” during his interrogation at the Antar barracks. They said he was stripped, beaten and tortured with electric rods at the barracks in Ben Aknoun in Algiers, where he was transported after his arrest in Tipaza in northwest Algiers.

“The accusations against him are completely false and unjust,” said his lawyer, Haboul Abdellah. “There is no evidence of Mr. Darnouni’s involvement in any crime.”

When Darnouni’s trial began on Feb. 26, the prosecutor’s office of the Court of Tipaza requested that he be given a 10-year prison sentence.

The OHCHR has highlighted Darnouni’s case and that of at least 2,500 others who were arrested or detained during peaceful demonstrations as evidence of the use of excessive force by Algerian security forces.

Criminal proceedings initiated in 2019 and 2020 are continuing against activists, human rights defenders, students, journalists, bloggers and other citizens, the United Nations agency said.

The agency wants Algerian authorities to repeal the country’s laws under which protesters can be prosecuted for expressing negative opinions about the government or assembling peacefully to protest.

Meanwhile, harsh repression of Hirak demonstrations continues, with reports of elderly Algerians being beaten and of a 7-year-old child being picked up by police in the past week.