Thousands of people have marched in cities across Australia calling for an end to sexual violence against women and for greater equality across the board.
By Rebecca Gredley March 16, 2021
Facebook
Twitter
Linkedin
Email 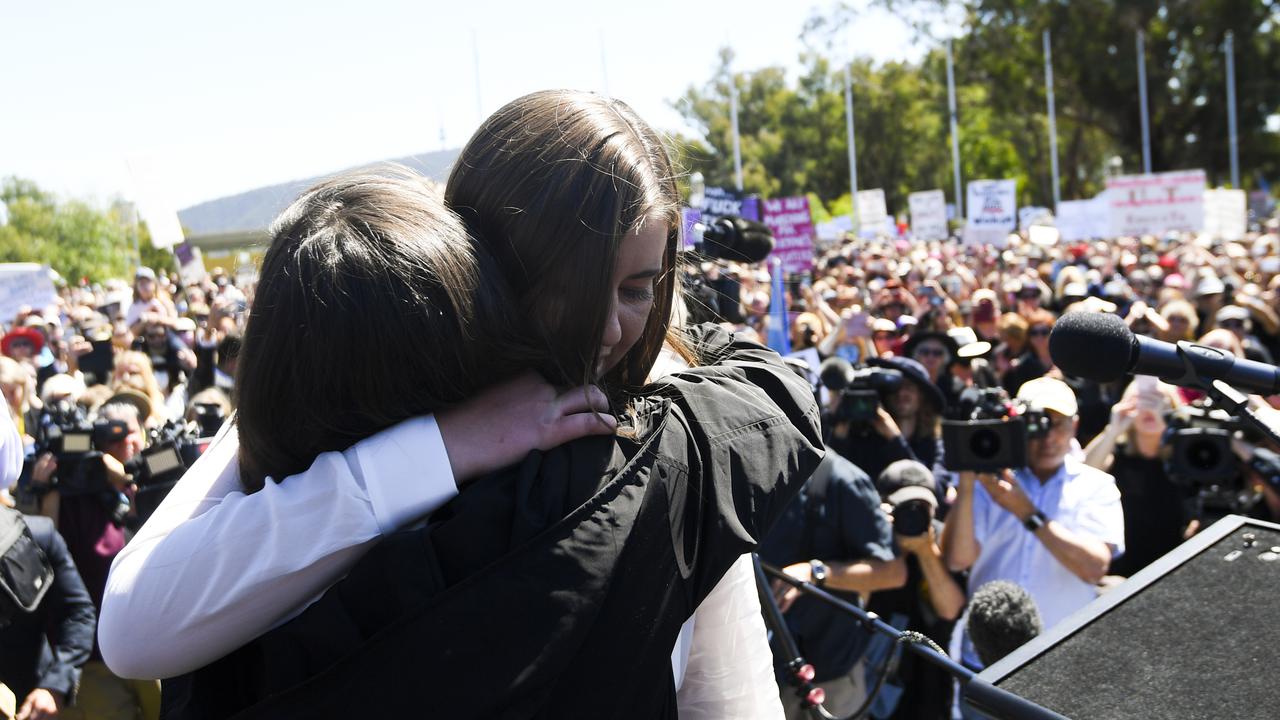 CANBERRA, Australia — Thousands of Australians have rallied across the country, calling on political leaders to make greater strides towards equality and ending violence towards women.

Crowds were out on the streets of Australia chanting, “enough is enough.” They gathered in front of the front lawns of Parliament House in Canberra, within a few hundred meters of where political leaders can make the changes protesters seek.
Thousands joined rallies in Australia’s major cities, i.e., Sydney, Melbourne, Brisbane, and Hobart, on Monday, March 15.

“We also need a systematic change from our government, from our lawmakers, and our employers,” said Jannie Hendry, justice organizer, to the large crowd in Canberra on March 4.

Ms. Hendry rejected Prime Minister Scott Morrison’s offer to meet instead of asking him to visit the protesters, which he did not. But, about 15 coalition MPs and senators went to hear the speeches.

Labor leader Anthony Albanese attended the rally with a contingent of colleagues and the Greens and independents. Placards with writings like “we are marching for everyone’s daughters,” “stop violence against women,” and “it’s time for men to change” were visible in the crowd.

Those signs could be cemented in the nation’s history, with attendees encouraged to leave them at the National Library of Australia for a future exhibition.

People were also encouraged to head to the Museum of Australian Democracy at Old Parliament House to sign a book that will also feature on a public display.

Former Liberal staffer Brittany Higgins had a hand in kick-starting the movement after she went public with claims a colleague at Parliament House had raped her.

“For so long, it felt like the surrounding people only cared because of where it happened and what it might mean for them,” she said to the crowd, “It was so confusing because these people were my idols. I had dedicated my life to them. They were my social network, my colleagues, and my family.”

“And suddenly, they treated me differently. I wasn’t a person who had just gone through a life-changing traumatic event; I was a political problem.”

“We say to the men inside this place who are drunk on power, and those around the country who yield their power more privately — don’t think you have, or you will get away with it,” she said.

Licia Heath traveled from Sydney to attend the protest in Canberra. She runs not-for-profit Women for Election that helps women run for public office. Heath doesn’t expect the issue to disappear for the government.

“The public is on to it, and they are not looking away,” said Heath from the site of the protest, “And that’s when change happens. The behavior’s not new. What’s new is the public’s reaction.”

The crowd also called for an independent inquiry into Attorney-General Christian Porter, who rejected allegations he raped a woman in 1988 when they were teenagers.