A Chilean film is also one of five nominees for best documentary.
By Cesar Arredondo March 16, 2021
Facebook
Twitter
Linkedin
Email 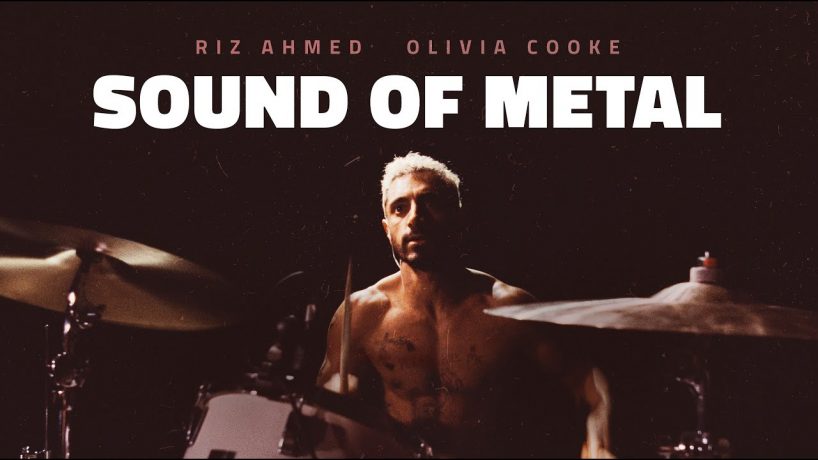 Carlos Cortés Navarrete, a sound engineer from Mexico, is nominated for an Oscar in the sound category for “Sound of Metal.” (Amazon)

While no Latinos will compete in the Oscars’ major categories this year, several got nominations in sound, special effects and makeup, including Carlos Cortés Navarrete, Santiago Colomo Martínez and Sergio López Rivera.

The 93rd Oscar nominations were announced by the actor husband-and-wife team of Priyanka Chopra Jonas and Nick Jonas from London on March 15.

Cortés Navarrete, a sound engineer from Mexico, is nominated in the sound category for “Sound of Metal,” a documentary about a heavy-metal drummer whose life is turned upside down when he starts to lose his hearing. He shares the nomination with Nicolas Becker, Jaime Baksht, Michelle Couttolenc and Phillip Bladh. “Sound of Metal” competes against four other films: “Greyhound,” “Mank,” “News of the World” and “Soul.” This is Cortés Navarrete’s first Oscar nomination.

On its way to the Oscar nomination, the “Sound of Metal’s” sound team won in three other competitions, including the International Online Cinema Awards, the Latino Entertainment Journalists Film Awards and the Satellite Awards. The group also is a candidate for this year’s BAFTA Awards.

Cortés Navarrete also won a Silver Award, Mexico’s Oscar equivalent, for the 2016 documentary film “Tempestad,” about two women victimized by corruption and injustice in Mexico, but who survived with love, dignity and resistance.

Colomo Martínez, a native of Spain, is a contender in the Oscar visual-effects category for “The One and Only Ivan,” the animated Disney feature about a gorilla trying to piece together his past while making plans to escape from captivity. Colomo Martinez shares the nomination with colleagues Nick Davis, Greg Fisher and Ben Jones. Competing against “The One and Only Ivan” are “Love and Monsters,” “The Midnight Sky,” “Mulan” and “Tenet.”

“The One and Only Ivan” (Disney)

The film won Colomo Martínez and his visual-effects team an award from the Hollywood Post Alliance and is a candidate for a BAFTA Award. Colomo Martinez’s film credits include “Passengers,” “The Jungle Book,” “Guardians of the Galaxy” and “Maleficent.”

Another Spaniard, López Rivera, vies for the Oscar for makeup and hairstyle for “Ma Rainey’s Black Bottom,” the biopic about the woman known as the “mother of the blues.” He shares the nomination with colleagues Mia Neal and Jamika Wilson. The other projects nominated in this category are “Emma,” “Hillbilly Elegy,” “Mank” and “Pinocchio.”

“Ma Rainey’s Black Bottom” has already collected a few wins, including an award from the Hollywood Critics Association. López Rivera and his colleagues are also contenders for a BAFTA Award.

López Rivera’s makeup career spans more than three decades, including the 1997 romcom film “The Opposite of Sex,” TV series “Felicity,” “Monk” and “Private Practice,” and more recently, “How to Get Away With Murder.” The latter also starred Viola Davis, who portrayed Ma Rainey.

The Chilean film “El Agente Topo” competes for the Oscar for best documentary feature. The film is about a private investigator who hires an older man to go undercover in a nursing home. Multiple-international award-winner Maite Alberdi directs it. It competes for an Oscar with “Collective,” “Crip Camp,” “My Octopus Teache” and “Time.”

“El Agente Topo” has won a Goya Award and Independent Spirit Award. The documentary was also shortlisted for an Academy Award in the best international feature film category, along with two other Latin American films: Guatemala’s “La Llorona” (“The Wailing Woman”) and Mexico’s “Ya No Estoy Aquí” (“I’m No Longer Here”). However, none is among the finalists.

The 93rd Oscars on April 25 will be televised live on ABC and in more than 225 countries.