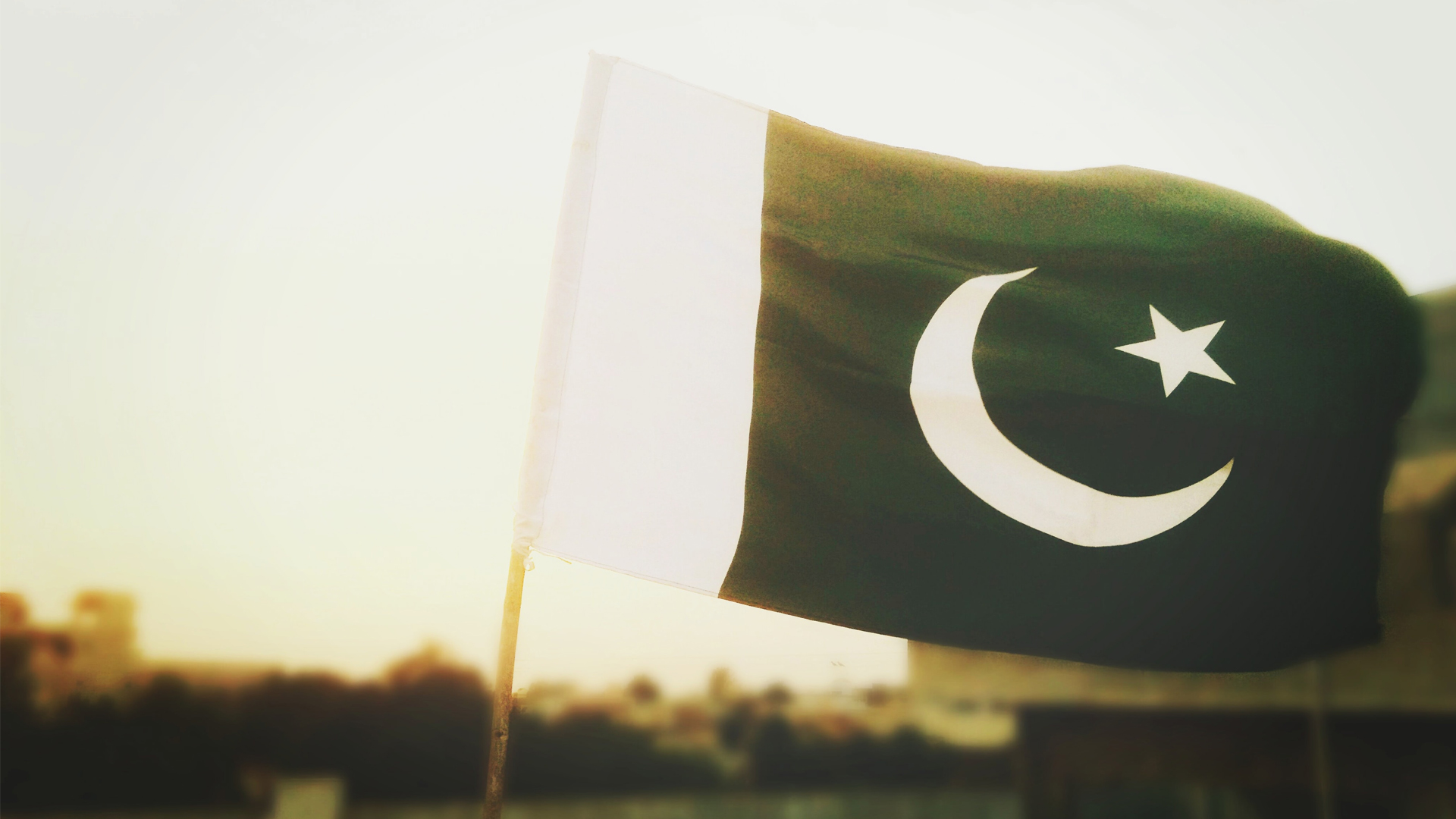 The flag of Pakistan. (Sameer Akhtari/Unsplash)

LAHORE, Pakistan — A radical Islamist group in Pakistan, Tehreek-e-Labbaik Pakistan (TLP), has demanded that the government expel French ambassador Marc Barety from the country and end diplomatic ties with France.

The TLP has built pressure on Prime Minister Imran Khan’s government by staging sit-ins and demonstrations, forcing it to take the matter to the parliament.

It is highly unlikely that the parliament will vote on the issue because it can have major implications for the country’s domestic politics and image abroad, claim experts.

“The parliament is never going to expel the French ambassador, nor is the vote going to happen,” Abdul Basit, a research fellow at the International Centre for Political Violence and Terrorism Research (ICPVTR) of the S. Rajaratnam School of International Studies, Singapore, told Zenger News. “The government’s secretive agreement with the group was only meant to delay the issue.”

The TLP’s demand follows French President Emmanuel Macron’s defense last year of satirical paper “Charlie Hebdo” and its decision to publish cartoons caricaturing Prophet Muhammad that had sparked terror attacks at the Paris offices of the magazine in January 2015. Seventeen people were killed in and around the French capital in the attacks. 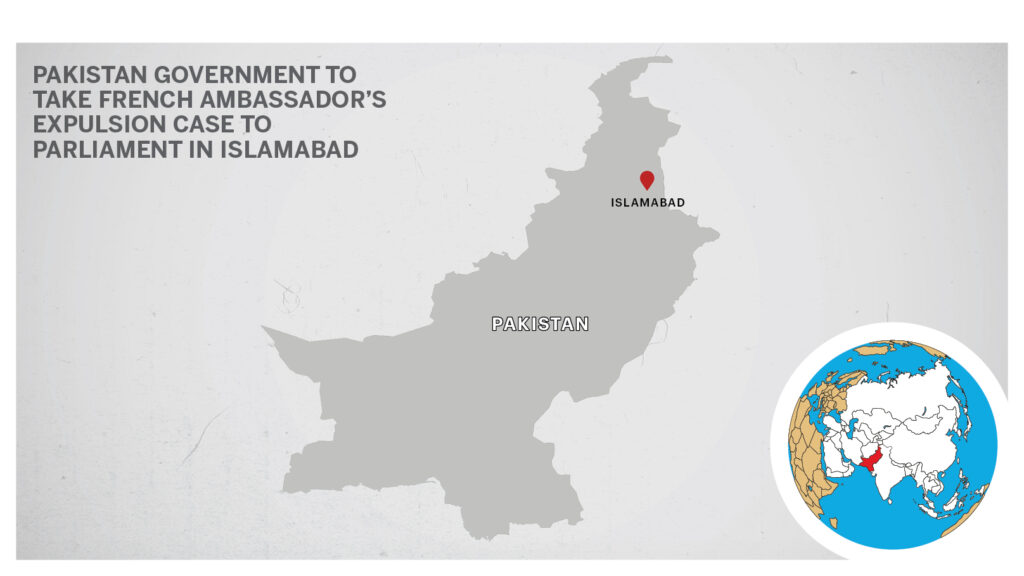 “Charlie Hebdo” decided to republish the cartoons in Sept. 2020 as trials of suspected accomplices of the 2015 attacks began in France. While many said this was an unnecessary provocation, “Charlie Hebdo” editors defended their decision.

Since their republication, there have been several violent incidents in France over the cartoons.

In Oct. 2020, French schoolteacher Samuel Paty, 47, was beheaded by an 18-year-old Chechen refugee on the outskirts of Paris after he had shown the caricatures to his students. Macron had strongly defended the rights of French citizens to “commit blasphemy” and had described Paty’s murder as an “Islamist terrorist attack”.

Macron’s speech had drawn a strong reaction from the Muslim world, including Pakistan, where blasphemy is a legal offense.

The far-right TLP, which demands the imposition of Sharia law in Pakistan, came into prominence by defending Mumtaz Qadri, who was convicted of murdering Salman Taseer, former governor of the province of Punjab, for allegedly insulting the Prophet. Qadri was executed by hanging on Feb. 29, 2016.

Since then, the TLP — which has two seats in the Pakistani parliament — has demonstrated its ability to stage disruptive street protests several times.

For instance, in 2018, the TLP shut down all major cities in Pakistan to protest against the release of a Christian woman who had spent eight years on death row on blasphemy charges. It has also openly called for the death of the Supreme Court’s judges and the overthrow of the Army Chief General Qamar Javed Bajwa.

The Pakistani government has, yet, not taken any action against the group’s leadership and has chosen to strike deals to prevent trouble.

“We are all behind our leadership, and we are doing it for Islam and Prophet Mohamad’s honor. Why are we going to make an agreement?” Asghar Mahmood, a TLP activist and administrator at one of the group’s mosques in Lahore, told Zenger News.

Asked about the explosive political situation of the country which makes the proposed vote difficult, he said “political parties are doing it by plan, as they are afraid of the TLP.”

“Regardless of the government’s plans, we know that our Emir [leader Saad Hussain Rizvi] will not change his position,” Asghar said.

Political observers, however, believe that the government has bought itself some time to strike another deal with the TLP.

“It is impossible that the government will expel the French ambassador from Pakistan or severe ties with France,” Khawaja Khalid Farooq, former head of Pakistan’s National Counter Terrorism Authority, told Zenger News.

Asked about government’s promise of taking the matter to the parliament, Basit said behind-the-scenes negotiations with the TLP were being carried out by the country’s intelligence services.

“The military has taken control of the situation and all diplomacy on the issue is being carried out by the Inter-Services Intelligence (ISI),” Basit said.

In the past, the TLP has been able to attract the support of opposition parties. For instance, in 2017, Prime Minister Khan’s Pakistan Tehreek-e-Insaf — in the Opposition then — had taken part in TLP rallies against former prime minister Nawaz Sharif’s government.

“But the Opposition now is not going to join the TLP against the government as they fear the group could become a serious threat in the coming years,” said Basit.

“Other religious groups and the opposition parties won’t be happy if the government actually submitted to the TLP’s demand of taking the issue to the parliament,” said Khalid.

“It is expected that some middle course may be found whereby the intelligence agencies and the government will work out some solution,” he added. “I am positive that we will hear good news before the April 20 deadline and the issue will fizzle out.”