Depakine, produced by Sanofi, has been prescribed to pregnant women since the 1960s for epilepsy, migraines, and bipolar disorder.
By Joe Golder March 16, 2021
Facebook
Twitter
Linkedin
Email 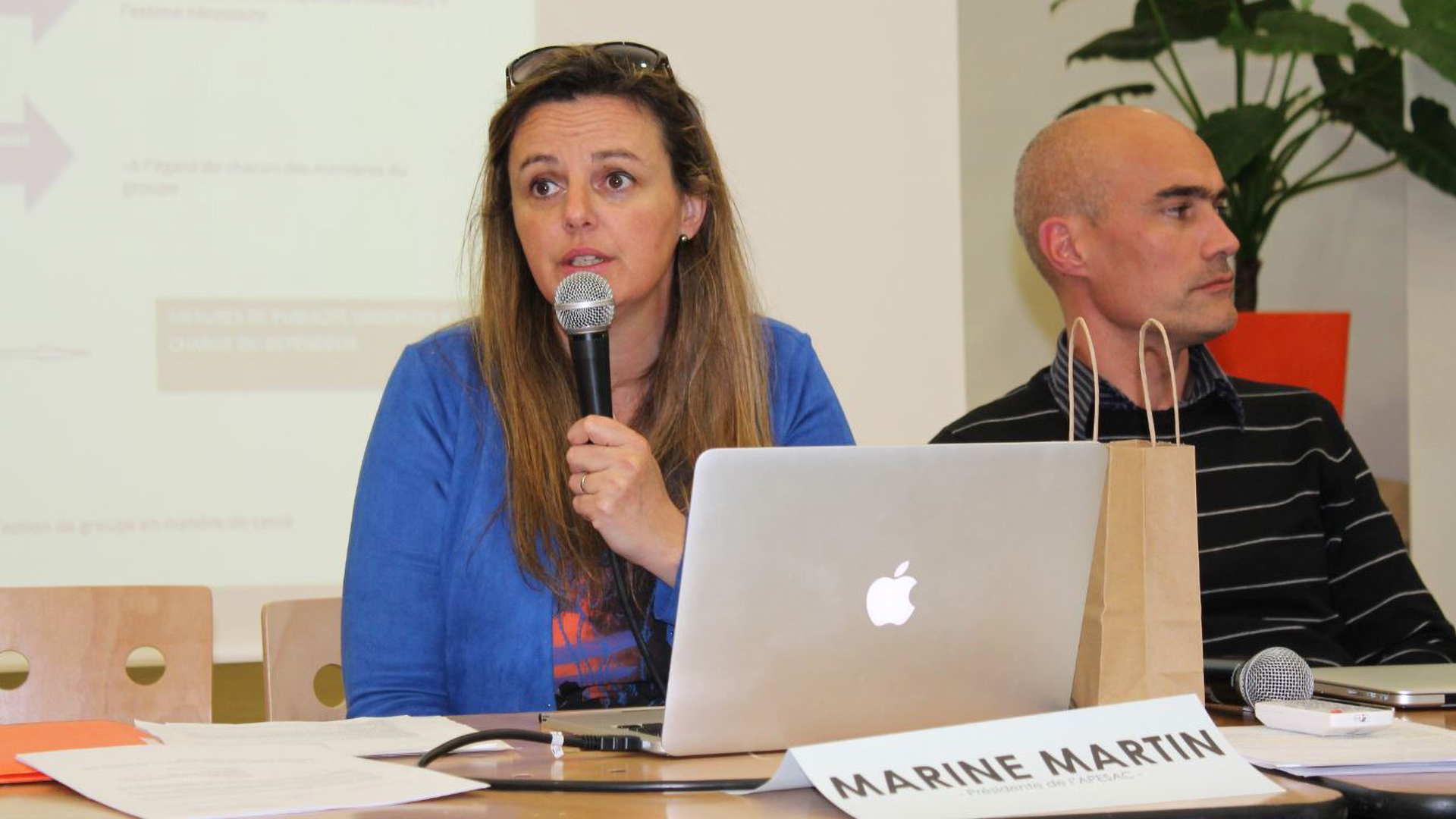 Marine Martin (left) and her husband Florent Martin (right), who is the treasurer of the Association for the Assistance of Parents of Children Suffering from Anti-Convulsant Syndrome. (APESAC /Real Press)

POLLESTRES, France — After the French authorities limited the compensation for pregnant moms who were given a dangerous epilepsy drug, a French victims’ association said Europe should be “ashamed.”

Depakine, the drug used to treat people suffering from epilepsy, migraines and bipolar disorder, led to children dying, developing conditions such as autism, or being born with birth defects.

Drawing comparison from the U.S., the Association for the Assistance of Parents of Children Suffering from Anti-Convulsant Syndrome said, “the Americans have already compensated a lot of victims a long time ago.”

“The French government’s decision to only accept its responsibility from 2004 onwards, when by their admission they knew about problems with the drug in 1984, was disappointing,” Marine Martin, the head of the association, said.

Martin accused Sanofi of “lying to the consumer for 30 years” by claiming that the drug posed “no problem for pregnancy.” “They are criminals,” she said. “They killed children.”

Last year, the French authorities charged Sanofi with “involuntary homicide” amid a scandal that saw the firm accused of failing to disclose risks to pregnant women that their babies could be born deformed, with neurological problems, or with autism.

The charges came after repeated pressure from Martin’s association. French health authorities admitted that pregnant women, who took the drug, faced an increased risk of their babies being born with congenital disabilities.

Depakine, also known as valproate, has been prescribed to pregnant moms since the 1960s.

France’s Agence Nationale de Securite du Medicament et des Produits de Sante, the body responsible for assessing potential risks linked to health products, estimates that between 2,150 and 4,100 children may have been affected with congenital disabilities. In comparison, 16,600 to 30,400 children may have suffered neurological development issues since 1967.

Martin, 48, who lives in the town of Pollestres, in the Pyrenees-Orientales department in southern France, gave birth to her daughter Salome in 1999.

Salome was born with autism. At first, Martin did not realize her daughter’s condition was linked to the Depakine drug. But in 2002, she had a son, Nathan, who was also born autistic. That is when Marine started to wonder if there was a connection with the drug.

Martin explained that while “this decision [to only accept its responsibility from 2004] recognizes the responsibility of the French government at 40 percent, which is important symbolically,” it only does so regarding the malformation that her child developed and not regarding the child’s neurodevelopment disorder.

“[The judiciary] is leaving thousands of children without humane assistance to save money,” she said, and added that the ruling “restricts access to compensation for 80 percent of victims because the government has decided that it only became aware of the problem from 2004.”

Stating that this latest decision was dangerous for legal action taking place in other countries, she said: “This decision is important for other countries. It sets a date on which the state is [saying it became] aware of the risks of autism caused by valproate. In countries where [legal] procedures are underway such as the U.K., Belgium, Switzerland, and Spain, Sanofi will use this decision, which is not favorable to the victims.” She said this was a “clever way to reduce compensation.” 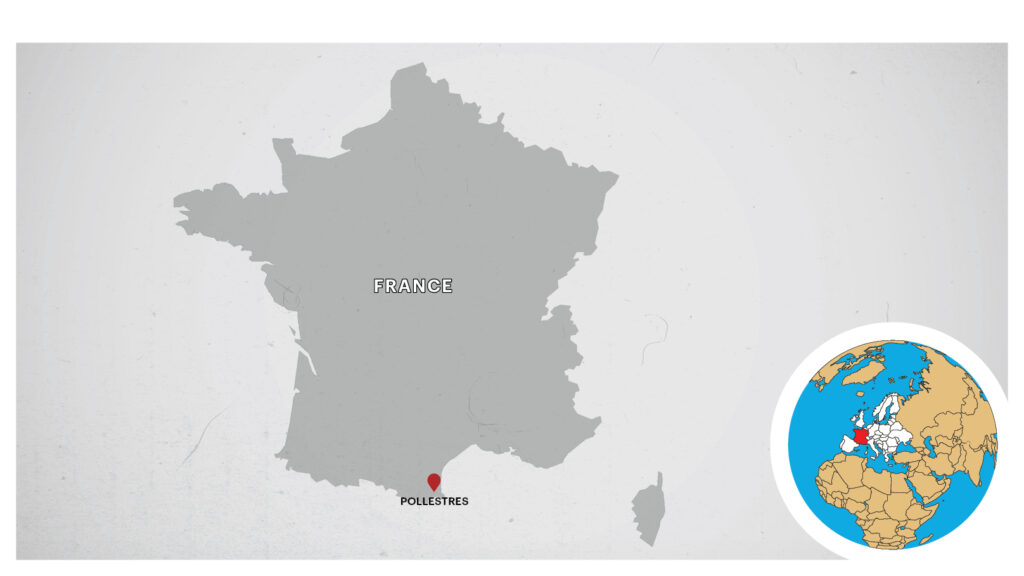 Sanofi, meanwhile, said they met their responsibility to inform the public about the potential side effects of the drug. There was no response from Sanofi at the time of writing.

“We were granted a costs holiday by Sanofi if we signed discontinuance notices saying we would never pursue Sanofi or a third party in court again,” said Emma Friedmann, FACSaware campaign director at the Fetal Anti-Convulsant Trust.

Friedmann has been campaigning against Sanofi and Depakine since 1999, but their legal proceedings have all but come to a standstill after the government “withdrew legal aid in 2010.”

Deborah Mann, co-founder of the UK’s Organisation for Anti-Convulsant Syndrome, speaking about the charge of “involuntary homicide” in France, said: “It is an important move. Identifying the concept that a baby has died due to the mother having taken the medicine without knowing the potential outcome is essential when unraveling the full consequences of valproate, and other teratogens.”

“Despite the brilliant document ‘First Do No Harm’ from the Independent Medicines and Medical Devices safety review, the government in the U.K. is avoiding action.”

Karen Keely, the chairperson of Organisation for Anti-Convulsant Syndrome in Ireland, said, “the Irish government has not taken concrete steps to examine the historical use of valproate in Ireland or to address issues of accountability.”

There have also been cases in the U.S. where AbbVie Inc. (formerly Abbott Laboratories) manufactures the drug under Depakote, Depakine, and Depacon. In 2012, Abbott made a deal with the U.S. federal government and 45 states to pay $1.6 billion (1.23 billion GBP) for marketing Depakote illegally.

In 2015, a jury in the state of Missouri awarded $38 million to 25 plaintiffs. In 2017, a federal jury in Illinois ruled that Abbott had not correctly warned doctors of congenital disabilities that could affect babies whose mothers consumed Depakote and sentenced Abbott to pay $15 million compensation to Stevie Gonzalez, a 10-year-old Californian boy with spina bifida — a congenital disability that occurs when the spine and spinal cord don’t form properly. It’s a type of neural tube defect.

There have been hundreds of cases against Abbott Labs in the U.S., with many settled out of court, but many more are still ongoing.