But the road to the realization of this dream is lined with challenges. 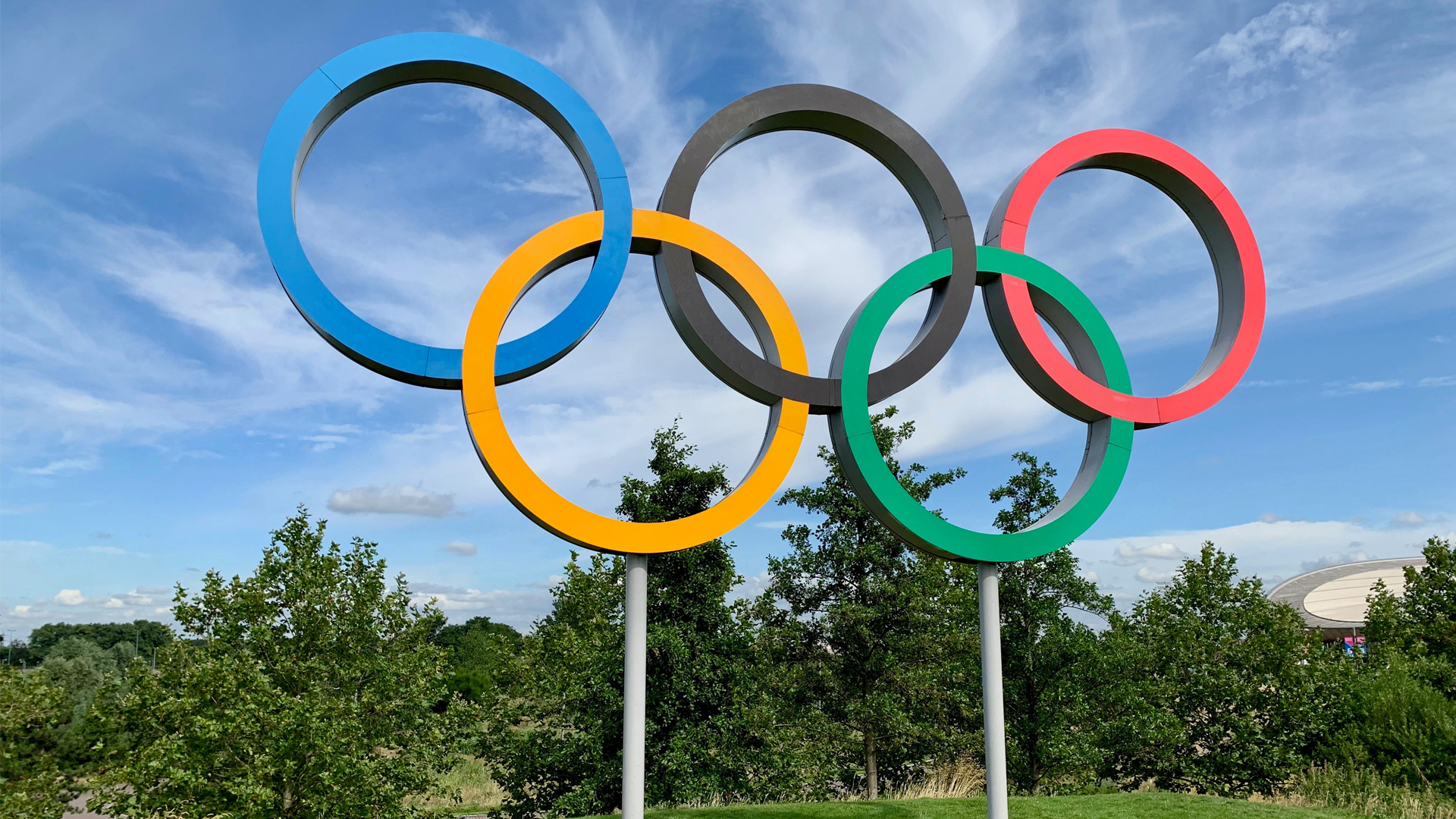 Delhi will bid for the 2048 Olympics. (Kyle Dias/Unsplash)

“There is another big dream related to sports which I am placing before this house, with the aim that till the completion of 100 years of India’s independence, we will have achieved it,” Manish Sisodia, the deputy chief minister of the Union Territory, said while presenting the 2021-22 budget. “It is a dream to organize the Olympic Games in Delhi.”

This is the third such attempt by an Indian city to host the summer games. New Delhi and Ahmedabad tried to host it in 2024 and Mumbai in 2032.

“Delhi will bid for the 2048 Olympics. We will take up whatever infrastructure and other necessities needed,” said New Delhi’s Chief Minister Arvind Kejriwal.

The road to the realization of this dream, however, is lined with challenges. Last time the country organized a sporting event of a similar scale, it ran into controversies. The preparations for the 2010 Commonwealth Games, hosted by New Delhi, had begun in 2003 with a lot of promise.

But a large-scale fraud surfaced soon after its completion. Suresh Kalmadi, the then member of parliament and chairman of the organizing committee of the event, was arrested in 2011 after India’s Comptroller and Auditor General found huge discrepancies in the organization of the event. 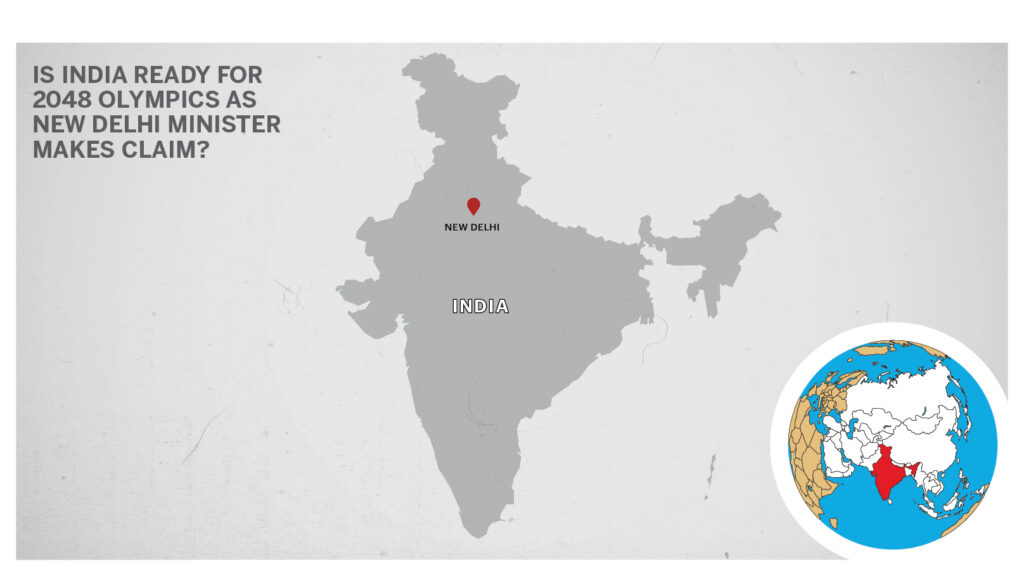 For the past few years, however, India is trying to return to the game and projecting itself as one of the potential players in the race to host the Olympics. With the election of Nita Ambani, chairperson and founder of the Reliance Foundation and wife of India’s richest man Mukesh Ambani, as the member of the International Olympic Committee in 2016, the hopes of the country hosting Olympics were boosted.

Indian Olympic Association submitted an expression of interest to bid for the 2032 Olympic and Paralympic Games in 2018. But the bid did not go through. The International Olympic Association has announced Brisbane, a city in Australia, as the non-binding preferred host for the 2032 Olympics. While this announcement doesn’t imply a confirmation, the committee stated that the city meets all the demands and fulfills the Olympic Agenda 2020.

When asked why the plans to bid for the 2024 and 2032 Olympics never materialized, Rajeev Mehta, the secretary-general of the Indian Olympic Association, said: “The Central government and the state government hadn’t decided on it, and did not take it up. So, we have nothing to say regarding the same.”

Bureaucrats and former Indian Olympians are divided over India’s ability to host the mega event in 2048.

Jwala Gutta, a former Olympian and a gold-medal winner at the 2010 Commonwealth Games, believes India is not ready to afford such a big event.

“There were numerous problems, especially infrastructural issues, during the Commonwealth Games,” Gutta told Zenger News. “The attitude of citizens regarding sports needs to change. It should be the responsibility of the government and associations to uplift sports in our country, only then India as a whole can be ready for the Olympics.”

“It is delightful that Delhi wishes to bid for the 2048 Olympics,” Mehta told Zenger News. “However, we have not received any official communication from Delhi yet.

“This is a good step, and if one goes by the year of the proposal, we have enough time to build the infrastructure in the field of sports. We hope with the collaboration of state, central, and Indian Olympic Association, we can turn the proposal into reality.”

While Sisodia outlined the significance of the national capital and its desire to bid for the Olympics, no monetary information related to the event was provided. The Delhi government does not have a sports ministry.

“The year 2048 may seem far away, but we have to bid for it 10 years before 2048. And before that, it will take 15 years to build adequate infrastructure and an atmosphere where sports flourishes,” Sisodia said.

The economics of hosting mega games

A report titled ‘The Economics of Hosting the Olympics Games’ by the Council on Foreign Relations states that the 2012 London Olympics was hosted for around $18 billion. A majority of the amount went to building permanent infrastructure.

Brazil, the first South American nation to host Olympics invested more than $13 billion to build four clusters of stadiums, and modernize public properties. The final cost figure to host 2016 Olympics at Rio de Janeiro ballooned to $20 billion, which led to widespread protests as Brazil was pushed into huge financial debt.

In comparison, India’s performance audit report states that the country spent INR 18,532 crore ($4.1 billion at 2010’s exchange rate) for the 2010 Commonwealth Games, which was 16 times the initial budget of INR 1,200 crore ($270 million). The report states that the government of India “did not have a clear and realistic assessment of the estimated cost of hosting the Games.”

With such reduced sums allocated to the development of sports and sports-related infrastructure and a history of financial irregularities, the road to Olympics becomes even more difficult for India.

The Sports Authority of India, the apex national sports body of India, refused to comment on the announcement made by the Delhi government as there is no official statement on it yet.

“Sincere planning is needed along with investment,” former Indian hockey player M.M. Somaya told Zenger News. Somaya, who was a member of India’s gold-medal winning team in hockey at the 1980 Moscow Summer Olympic Games, believes the efficiency of the bidding depends upon how we approach the idea about hosting the Olympics.

“We believe we could be ready by 2048. India already hosted Asian Games in 1982 and Commonwealth in 2010.” Somaya is hopeful that by adding on to this infrastructure, India will be able to pull off Olympics in 27 years.

“Bidding is a serious matter and the city needs to go through official channels to propose such a major announcement,” Bhaskaran, who captained the Indian team that won the gold medal at Moscow.

The International Olympic Association, charged with selecting the host city for the Olympics, does so through an election process involving the Invitation Phase and Candidature Process laid down in the Olympic Charter, the codification of the fundamental principles of the Olympics.

A country first needs to submit its bid to the International Olympic Association that will evaluate the bid and communicate with the governments of the interested countries and different stakeholders. After months of scrutiny, countries are given the candidature status. The executive board of the association then votes to select a host.

Moreover, with Brisbane getting the in-principal approval to host the 2032 Olympics, the other four countries that were in the final race — Germany, Hungary, Indonesia, and Qatar — will be in contention for the subsequent editions till 2048, making it a tad difficult for India to fulfill its dream.