Scott Morrison tells colleagues to stick together as the government faces multiple pressure. 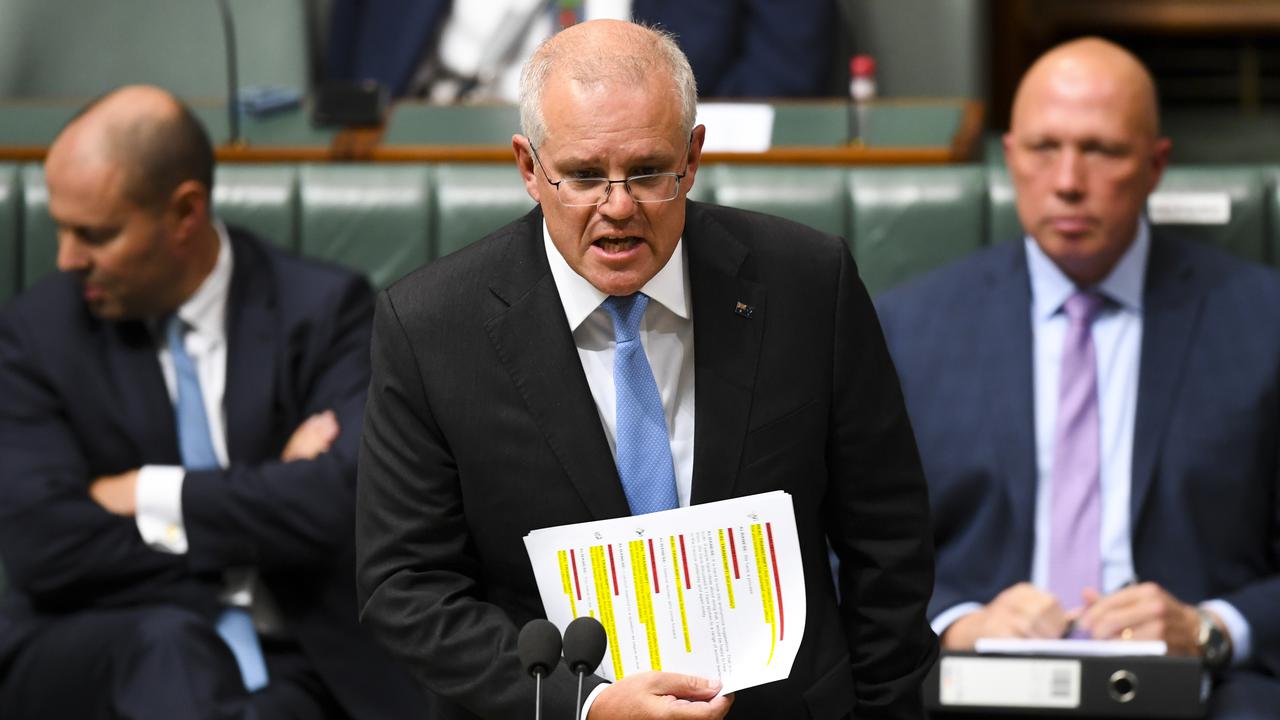 CANBERRA, Australia — Australian Prime Minister Scott Morrison urged coalition troops to remain united as his government faces battles on multiple fronts, including the treatment of women in workplaces and the parliament and the coronavirus vaccines’ roll-out.

“We’ve been on narrow paths before colleagues, and we’ve walked them together,” Morrison told the Liberal and Nationals members of the parliament on March 16. “Sometimes the path is wide, and the walk is gentler. But, the path is now narrow, so we must watch out for each other and must support each other.”

The prime minister compared the government’s situation with being on a narrow track in Papua New Guinea after completing the Kokoda Trail.

Morrison said he slipped on the track which skirted cliffs and bends before being saved by a “very big” local guide.

The reassurance comes when people protest against rampant sexual violence against women – both in workplaces and the parliament – over recent years.

Hundreds of protesters gathered outside Parliament House in Australia’s capital Canberra to protest against sexism and gendered violence on March 15.

The situation worsened after the Prime Minister received an anonymous letter from a girl’s friends who Australia’s Attorney-General Christian Porter allegedly raped in 1988 before entering politics. The girl, who was 16-years-old when the incident happened, took her life last year.

The alleged victim reported her complaint to New South Wales Police in 2020 but did not register a formal statement.

Porter has filed a defamation suit against the Australian Broadcasting Corporation for defaming his image. He is on medical leave till March 31.

While one coalition politician raised an independent review body for the Australian Broadcasting Corporation, another warned of further attacks on the national broadcaster and political opponents.

Amid weeks of pressure over rape allegations, the Labor Party has edged in front 52 to 48 in the latest Newspoll on a two-party preferred basis.

Morrison said it had been a tough time but stressed the outcomes were crucial, citing the Fourth Action Plan 2019-2022 for the safety and protection of women under the National Plan to Reduce Violence against Women and their Children 2010 – 2022.

“If politics were easy, everyone would be doing it,” said Deputy Prime Minister Michael McCormack. He urged the senators and parliament members to hold their nerve and stay the course after difficult recent weeks.

McCormack said the May federal budget would represent a reset for the government’s direction in its policies.

The government has been under immense pressure after former Liberal staffer Brittany Higgins said a colleague at parliament in 2019 raped her.

A party room member said the government should push back against the narrative that the coalition is “anti-women,” but members said concerns must be heeded.

“We do need more women engaged in our political party,” said the member. “We need to further improve a pipeline of female candidates and potential members of parliament.”

Retiring Liberal member of the parliament, Nicolle Flint said it had been a challenging period for women, which had left voters wanting answers on how the government was responding.

Flint, a member from the South Australian seat of Boothby, declared last month that she would not recontest her seat. Time and again, Flint expressed her displeasure over the treatment meted out to her, including being targeted by a male stalker and having her campaign office defaced with graffitied words.

Flint said Labor had a serious problem with women, noting abuse she copped during the last election campaign.

The 100,000-strong protests on March 15 also demanded the implementation of the recommendation put forth by the report.

“We will respond with targeted programs where appropriate,” said Treasurer Josh Frydenberg. He cautioned his colleagues to be prepared for a rough couple of months as JobKeeper wage subsidies come to an end.

The subsidy scheme was started by Australia to monetarily support individuals and businesses impacted by the Covid-19 pandemic and lockdown. The scheme ends on March 28.

“This is a government that keeps telling people it is not on their side,” said Labor leader Anthony Albanese. Albanese nominated affordable child care, increasing wages, and supporting jobs as critical areas to target at the next election.