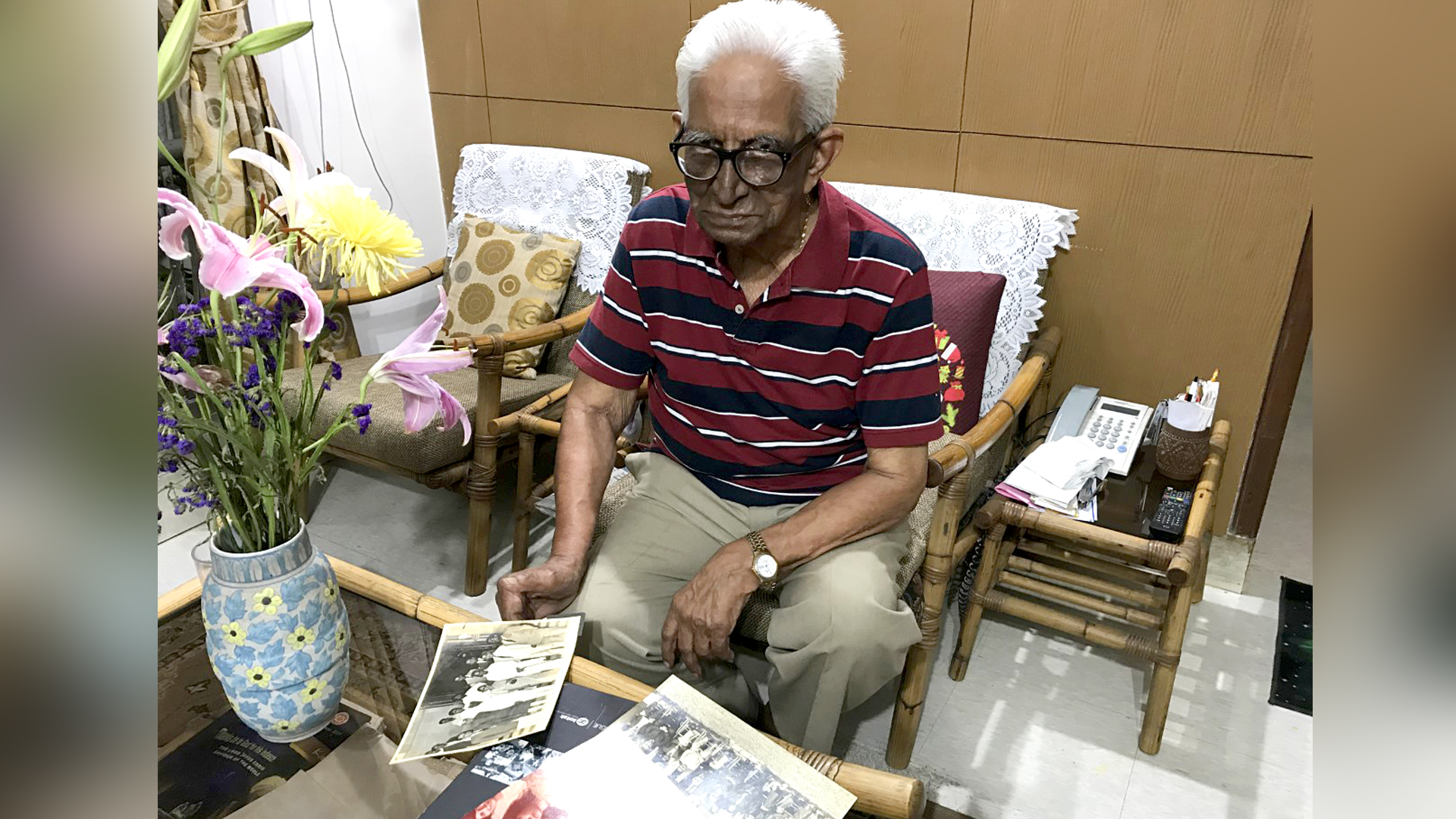 Journalist Walter Alfred at his residence in Mumbai. (Priyanka Chandani)

MUMBAI, India — In December 1971, as Bangladesh was going through its birth pangs and South Asia was roiled by another conflict between India and Pakistan, an Indian journalist found himself in a Pakistani jail.

Walter Alfred, now 101 years old and a resident of Mumbai, was in Pakistan as a war and diplomatic relations correspondent for India’s largest news agency, the Press Trust of India. As East Pakistan — now Bangladesh — descended into civil war, and India intervened on its behalf, Alfred was accused of espionage and arrested. So was his wife, Millicent Alfred.

“I was in a Grade-C cell in a jail in Rawalpindi [a town about 20 km or 12.5 miles south of Pakistani capital Islamabad],” Alfred told Zenger News. “I was in solitary confinement for three weeks. I did not even know what the charges were against me.” 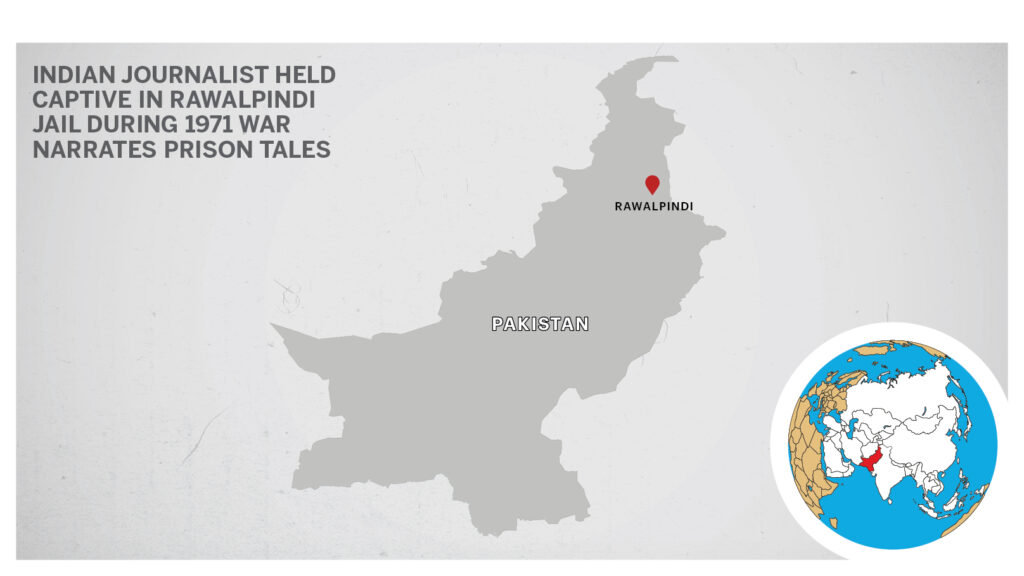 Though he was not tortured in custody, he was fed fake news by Pakistani army officials, who kept telling him that India had lost the war and that he would never go back home.

“Most of the time, I was in solitary confinement,” said Alfred, reaching deep into his memories while sitting in his tastefully decorated living room, its walls lined with pictures from his various assignments. These include Pakistan’s first president Iskander Mirza and Indonesia’s first president Sukarno.

“Dinner would be served at 4-5 pm and then the lights would be switched off,” he said. “I spent most of my time in the dark. After three or four days, I started feeling emotionally drained.”

Alfred learned that his wife had been arrested. But he did not know where she was.

“Millicent was interrogated for three days, then she was allowed to leave,” said Alfred. “But she was under constant surveillance.”

After a few days, Alfred’s friends among Pakistani journalists appealed to General Ayub Khan to release him. He was released and put up in a luxury hotel in Rawalpindi, along with his wife.

“We were not allowed to go anywhere and were under constant surveillance,” he said. “But it was better than living in the cell.”

The Bangladesh Liberation War began on March 25, 1971, when the Pakistani army launched Operation Searchlight to eliminate Bengali nationalists in what was then East Pakistan. The army deliberately targeted the Bengali intellectuals in what has been described as genocide. About 200,000 to 400,000 Bangladeshi women and girls were raped during the war.

America refused to intervene, despite appeals from its own Dacca [Dhaka] consulate, because Yayha Khan, then president of Pakistan, was helping US President Richard Nixon and his aide Henry Kissinger set up diplomatic ties with China, writes scholar Gary J. Bass in his book “The Blood Telegram: Nixon, Kissinger, and a Forgotten Genocide” (2013).

Overwhelmed with an influx of refugees from Bangladesh, India finally intervened on its behalf on Dec. 3, 1971, when Pakistan launched pre-emptive strikes in northern parts of the country. The Indian army’s victory was decisive when the Pakistani army surrendered Dacca on Dec. 16.

“I have come a long way from war zones,” he said. In a career spanning many decades, Alfred covered many of India’s border conflicts such as the one with China in 1962 and another one with Pakistan in 1965.

Born in Mangalore (Mangaluru), a major port city in southwest India, on Sept. 21, 1920, Alfred knew he wanted to be a journalist in his teens. “I used to read the paper from cover to cover,” he said.

Alfred first joined Reuters and then shifted to the Press Trust of India when it was formed in 1947 — the year of India’s independence.

Besides wars, he also covered the Quit India Movement launched by Mahatma Gandhi in 1942, Gandhi’s assassination (1948), India’s first general elections in 1951, and the Vietnam War, among other major events.

Not all his memories are pleasant — one particularly painful one is India’s war with China in 1962. The Indian army had suffered a humiliating defeat at the hands of its Chinese counterpart.

“India wasn’t prepared for the 1962 war,” he said. “It was shocking for [India’s first prime minister] Nehru as well. He could not imagine that China would invade India after his diplomatic outreach.”

“The Indian troops were not equipped for the extreme cold in the Himalayan regions,” Alfred said. “Many withdrew; others were taken prisoner.”

“It was a shameful disaster and humiliation not just for the army but for the nation,” General V.K. Madhok, a retired officer of the Indian army, told Zenger News. “Political leaders were busy in other issues than focussing on the border crisis.”

“Many Indian soldiers were in China’s custody for up to six months,” he said. “We read about it in newspapers, but the whole truth became evident only when I reviewed the war many years later.”

“Earlier journalists had more access to conflict areas or the borders,” he said. “Now, it is more difficult to get permission.”

Alfred agrees that journalism now — competing with social media and powered with artificial intelligence and big data — is a very different beast from the one he grappled with when he started.

“News would come over as Morse code,” he said. “We learned coding, decoding, shorthand, and other technical skills. On international tours, I would make trunk calls to give the news to my editors.”