The conflict-ridden region has a lot of talent but few opportunities, they claim.
By Nusrat Sidiq March 14, 2021
Facebook
Twitter
Linkedin
Email 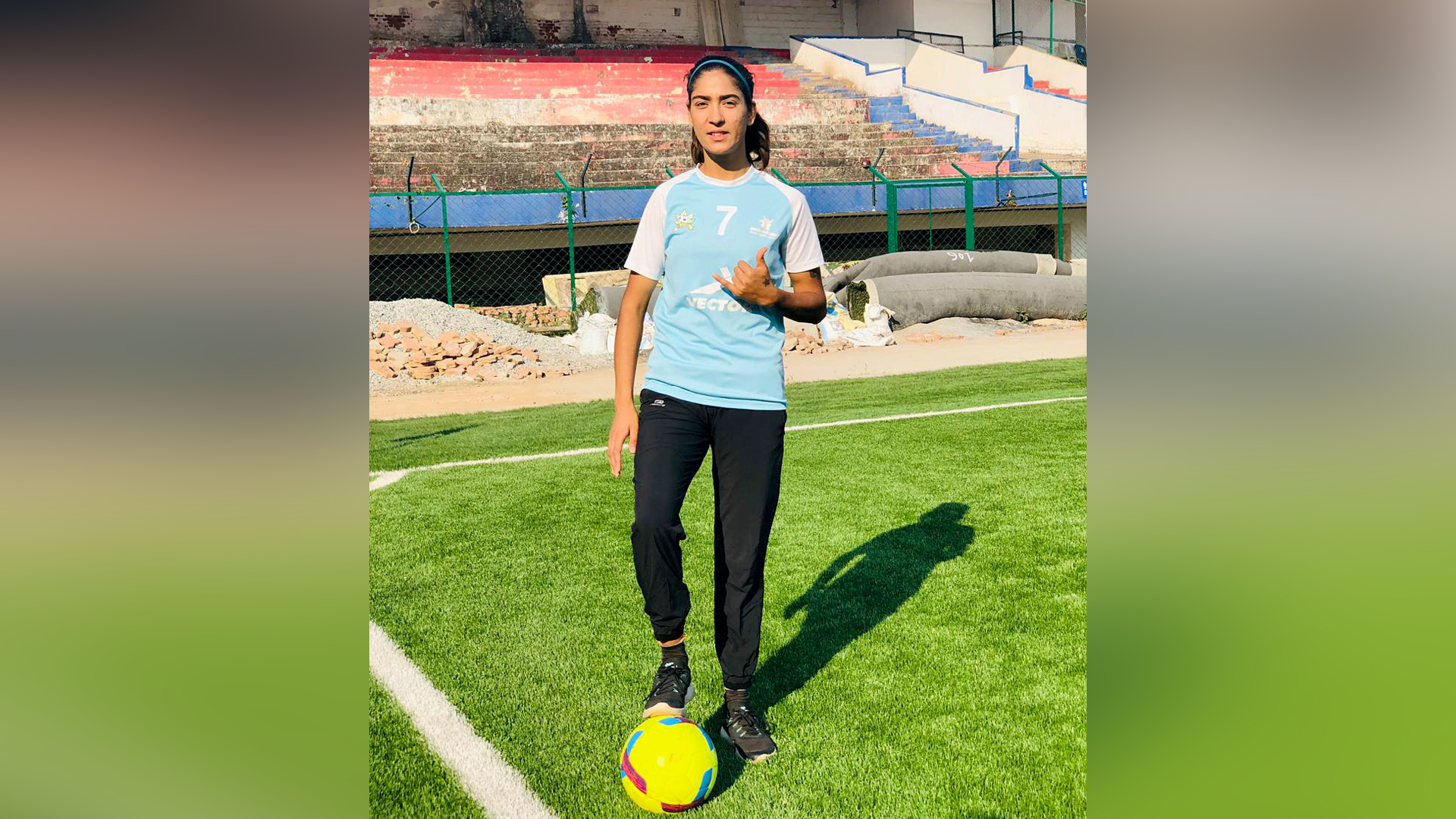 Nadiya Nighat is the first female football coach in the region. (Nadia Nighat)

KASHMIR, India — Nadiya Nighat liked playing cricket with boys. But an 11-year-old girl — that was Nighat’s age in 2007 — playing with boys was not common in her hometown, Srinagar.

“People would ask my mother why she allowed me to play with boys,” Nighat told Zenger News. “I had only boys as friends, and I was very comfortable with them.

“But people would comment on how inappropriate it was,” she said. “So, when I went home, my mother would scold me.”

Yet, one morning when she went out to play with her friends, they told her that they would not play cricket but a new sport — soccer. They asked her to join.

Nighat did not know much about soccer except Cristiano Ronaldo. She was a fan of the captain of the Portuguese national team, who also plays for Serie A club Juventus. And, it was while playing with her friends that Nighat was spotted by a local coach, Mohammad Abdullah. 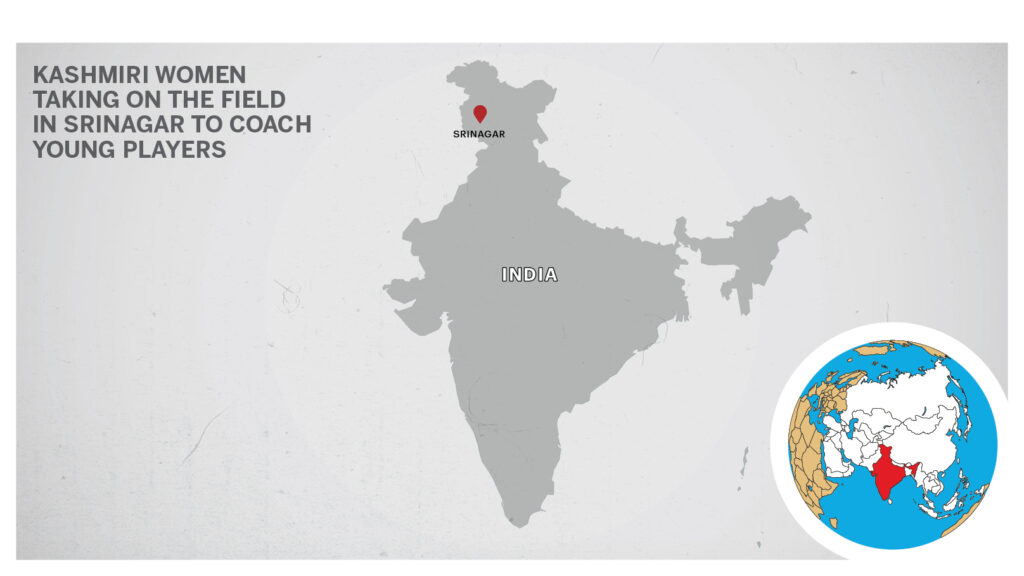 “I was lucky to have met Mohammad Abdullah Sir,” said Nighat. “He trained me in his academy, along with 47 boys.”

There was no looking back for her. In 2010, she played her first professional soccer match for the under-19 national team. She opened a soccer club, Jeeya Jan [her nickname] 7, in 2015.

And, on Jan. 17 this year, Nighat received a “Young Achievers Award” from the government of her state, Jammu and Kashmir. The other recipient of the award was Irtiqa Ayoub, a rugby coach.

For women like Nighat and Ayoub, success in sports involves not only breaking the glass ceiling but also negotiating a geography that has seen conflict for decades. India and Pakistan both claim the whole of the troubled Himalayan region of Kashmir but rule only parts of it. The two neighboring countries have gone to war several times over border disputes in the region, including clashes and aerial dogfights in February 2019, after a terror attack that killed about 40 Indian paramilitary personnel in Indian Kashmir.

The region has also had a militant separatist movement since the 1990s — India claims that Pakistan has supported many of the terrorist groups that operate in the region. India and Pakistan have also been accused of gross human rights violations in their parts of Kashmir.

In August 2019, Indian Prime Minister Narendra Modi’s government decided to abrogate Article 370 of the Indian constitution that gave a special status of the erstwhile state of Jammu and Kashmir. It also divided the state, bringing Kashmir under the direct control of New Delhi, and imposed a communications lockdown that continues in some forms even now.

But despite all such challenges, Nighat has managed to get noticed in the Indian football arena. (In India, soccer is more commonly referred to as football.)

“My parents are now proud of my achievements,” said Nighat. “People who would earlier taunt me for playing with boys now come to me with their kids.”

Having faced discrimination herself, Nighat doesn’t discriminate among her mentees because of their gender. She trains 50 young people at her Ram Bagh academy. While the pandemic has prevented practice, she hopes to open training institutes in every district of Kashmir.

Nighat’s co-awardee, rugby coach Ayoub, too, has a similar story of overcoming hurdles to become a sporting success.

Neither soccer nor rugby is the most popular sport in India.

Cricket is the most popular sport, with the national men’s team winning two World Cups — in 1983 and 2011. In the longer five-day format, the team is ranked 1, while in the shorter one-day format it is ranked 2 as of March 13.

Indian women have also consistently performed well. While they have never won a World Cup, they were the runners-up in 2005 and 2017. It is ranked third in the one-day format as of March 13.

In comparison, Indian players are yet to make a mark in soccer or rugby.

While rugby has been played in India since at least the 1870s, the national men’s team was admitted into the International Rugby Board only in 2001. It is currently ranked 84. The women’s international team is ranked 40.

Ayoub, 25, first played rugby in her teens. In those days, the girl from Safa Kadal, Srinagar, loved playing soccer. But when her sports teacher in school introduced rugby, it was love at first sight.

“I got hooked to it,” Ayoub told Zenger News. “In few weeks, I forgot all about football. It was just rugby.” She was 16 years old.

But, taking up rugby as a profession was not an easy decision — and there was not a lot of support forthcoming from her family.

“People would make derogatory comments,” she told Zenger News. “But all that changed when I started winning medals.” Ayoub has won several medals at the state and district level.

For the past four years, she has been training young rugby players.

“There is a lot of talent in Kashmir, but few opportunities,” said Ayoub.

But all that might change, with the government planning to notify a sports calendar soon.“We take sports very seriously, and are putting in efforts to promote it in the region,” Nuzhat Gul, secretary, Jammu and Kashmir Sports Council, told Zenger News.

“We are trying to improve the infrastructure and introduce new sports in the region,” she added.