Though India has 4 million visually impaired people, organ donation is not popular. 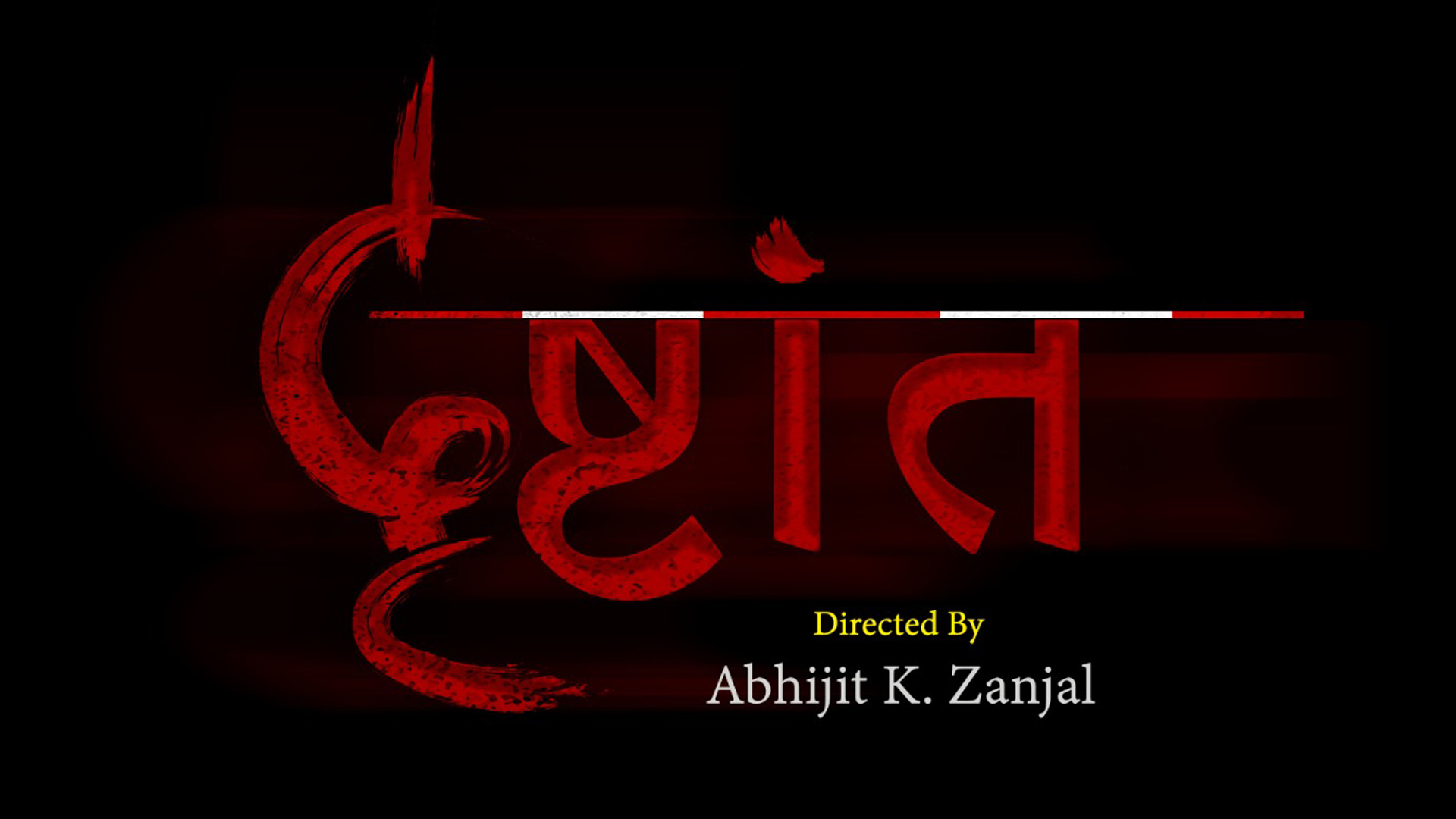 MUMBAI, India – On a chance visit to a home for people with visual impairment in 2013, film director Abhijit Zanjal was surprised to find many residents working at a mechanical workshop. Other residents of this home in Lonavala, a small hilly town 85 km (53 miles) southeast of Mumbai, were also using social media on their special phones.

“This was the year Indian cinema was celebrating its centenary,” Zanjal told Zenger News. “Film pioneer Dadasaheb Phalke had made his first silent feature ‘Raja Harishchandra’ in 1913.”

But films about people with visual impairment — especially those dealing sensitively with the subject — are few and far. “Sparsh” (1980), “Black” (2005), and “Andhadhun” (2018) are notable exceptions. And, even in these films, the characters with visual impairment were not played by actors who had disabilities.

In recent years, mainstream actors playing characters with deformities, such as superstar Shah Rukh Khan playing a character with growth impairment in his 2018 film “Zero”, were widely criticized.

“I looked at 100 years of Indian cinema and found that people with visual impairment had been ignored completely,” Zanjal said. “So I thought: why not start with something that no one had done before?”

Zanjal decided to cast actors with visual impairment in his film “Drishtant”. The title is a Sanskrit word meaning “aware of the future”, and the film is expected to release later this year. 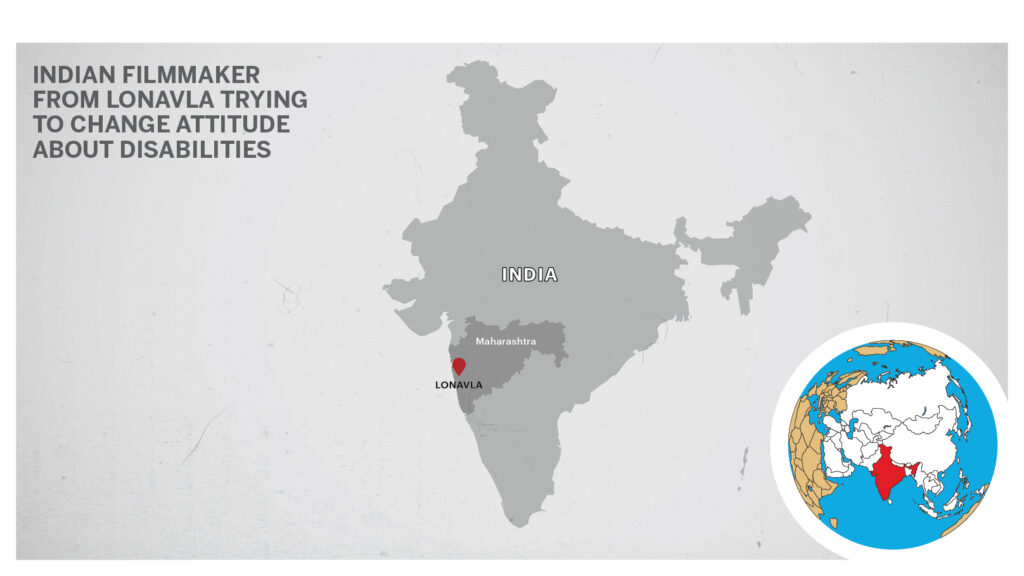 But, it was not easy to find actors with visual impairment he could cast in his film. Zanjal visited several schools and organizations for people with such disabilities before zeroing in out on Ratan Dubey, Hemendra Pratap Singh, and Babita Saroj.

All the actors are in their twenties.

“I remember performing for former Indian president A.P.J. Abdul Kalam when he visited my school in 2007,” said Dubey, who wasn’t visually impaired at birth but lost his sight during an operation to remove the cataract.

“I was playing the role of Shirishkumar Mehta, a freedom fighter,” he said. “Kalam sir told me to look at dreams with open eyes and expand my horizon. I started learning mallakhamba (a traditional Indian sport, in which a gymnast performs aerial yoga or gymnastic postures and wrestling grips in concert with a vertical stationary pole). I also decided to learn dancing.”

Since then, Dubey has participated in many reality television shows in India.

“I am excited to be a part of a film. I never thought someone would cast me as a lead actor,” said Dubey.

The shooting started in 2015 and was completed last year.

“The process took long as we were shooting with people who cannot see,” said Zanjal. “We did many rehearsals for over a year when the entire script was converted into an audiobook for the actors so that they can listen and learn it.”

Zanjal hired not only actors but also technicians with disabilities, such as Vipan Vartak, who has composed music for the film. Vartak earlier worked in theater.

“I am happy to do a film,” he told Zenger News. In my wildest dream, I never thought I will be doing a film.”

While the main language used in the film is Marathi, the director plans to translate it into Hindi, English, and other languages. It will also be made accessible to people with visual and hearing impairment.

India had 4.8 million people with visual impairment, according to a report released by the National Blindness and Visually Impaired Survey on March 11.

Zanjal and his team want to spread awareness about disability and organ donation.

“We want to release the film at various international film festivals so that we can reach a wider audience,” said the co-producer of “Drishtant”, Tripur Singh.

In India, there were 12,666 organ transplants in 2019, according to the Ministry of Health and Family Welfare. While the country ranks third according to the World Health Organization Global Observatory on Donation and Transplantation, a lot still needs to be done to promote awareness and organ donation.

“Not many people in India are ready to donate their organs after death,” said Zanjal. “Many of them do not do it for religious reasons. In the film, we are trying to showcase that someone who is already disabled is ready to go ahead with organ donation. I hope they will change their minds after they see my film.”

Till 2015, most buildings and public places were not easily accessible to people with disabilities. In 2001, Stephen Hawking visited India and decided to visit Red Fort, Humayun’s Tomb, Jantar Mantar, Qutb Minar, and the Taj Mahal, all declared World Heritage Sites of UNESCO.

Temporary wooden ramps were installed at the monuments, but Hawking left the country without visiting the Taj Mahal as they could not construct a temporary ramp.

Soon after his visit, the then tourism minister Ananth Kumar announced grand plans to make all World Heritage Sites in India, including the Taj Mahal, accessible to the disabled.

But it was only in 2016 (15 years after Hawking’s visit) that a joint initiative by the Department of Empowerment of Persons with Disabilities along with the Archaeological Survey of India decided to upgrade 50 prominent monuments and make them accessible to the disabled.

The filmmaker along with Mumbai-based non-government organization ‘Blind Fighters’ is developing an app for organ donation and which will be launched on the day of the movie’s release.