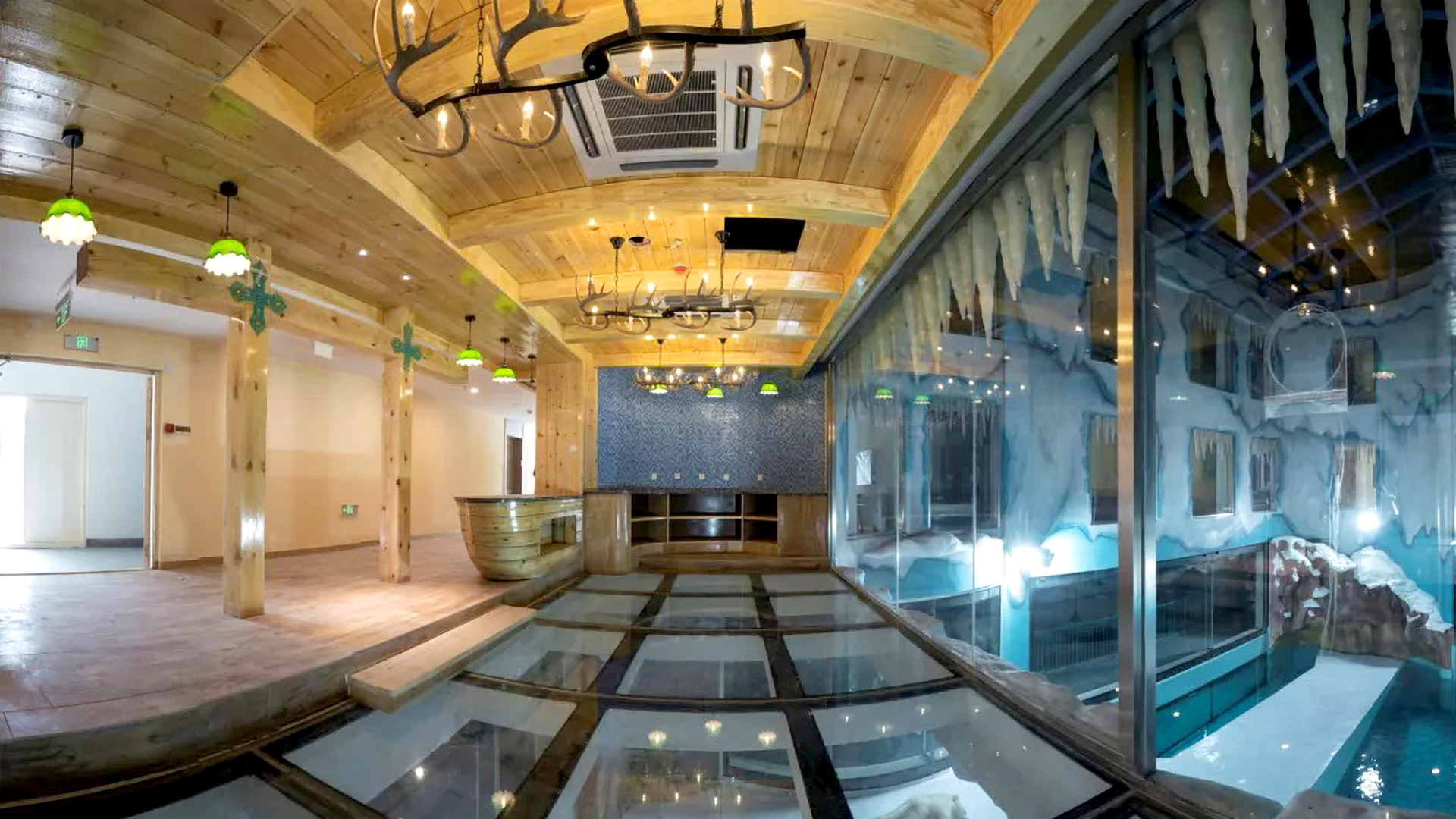 The rooms in the hotel are surrounded by 33 strengthened tempered glasses. (Harbin Polar Park/AsiaWire)

HARBIN, China — The world’s first Polar Bear hotel located in the north-eastern Chinese province of Heilongjiang and scheduled to open on March 12 has sought the kind of attention it would not have liked.

Animal rights activists have urged guests of that particular hotel to stay away from the polar bear enclosure that is being built.

“We urge our patrons to stay away from this hotel and any other establishment that profits from animals’ misery,” said Jason Baker, senior vice-president, People for the Ethical Treatment of Animals, Asia.

The hotel is being advertised as providing an extraordinary experience of having polar bears as ‘neighbors 24 hours a day. Built around a polar bear enclosure, it will allow guests to view the arctic animals from their bedrooms.

However, animal activists in the country are not one bit amused by the idea and are urging guests to stay away from it.

While guests will be enjoying their exotic companions, the polar bears will be forced to spend most of their time in a small enclosure in the interior of the hotel, so they can be in full view at all times.

The hotel is equipped with 33 pieces of strengthened tempered glass spread across all functional areas of the hotel. The polar bears can be seen through these tempered glasses from any room in the hotel to observe the daily life of the animals.

The bears would be in sight not only when they are in their glass enclosure in the middle of the hotel but also when they go outside to their open-air enclosure.

As per Baker, polar bears are active for up to 18 hours a day in nature and their roaming area spans thousands of miles, where they enjoy real life.

“Polar bears belong in the Arctic, not in zoos or glass boxes in aquariums — and certainly not in hotels,” said Baker.

“The greedy, exploitative aquarium industry, which is out of place in today’s increasingly aware world, is built on the suffering of intelligent, social beings who are denied everything that’s natural and important to them,” he said.

The survival and the protection of the polar bear habitat are urgent issues for World Wildlife Foundation. In October 2019, the International Union for the Conservation of Nature (IUCN) Polar Bear Specialist Group released a new assessment of polar bear populations. The assessment shows the number decline in polar bear subpopulations has increased to four, with eight populations still being data-deficient. The good news is that five populations are stable while two have been experiencing an upward trend.

Arctic-wide polar bears were listed as a threatened species in the US under the Endangered Species Act in May 2008. As their sea ice habitat recedes early in spring and forms later in the fall, polar bears are increasingly spending longer periods on land, where they are often attracted to areas where humans live.

«Previous Post
Your Car Running Wuff? Astonishing Survival Of A Dog Wedged In A Car Grill»Next Post
Too Much Togetherness? Pets’ Health During The COVID-19 Pandemic