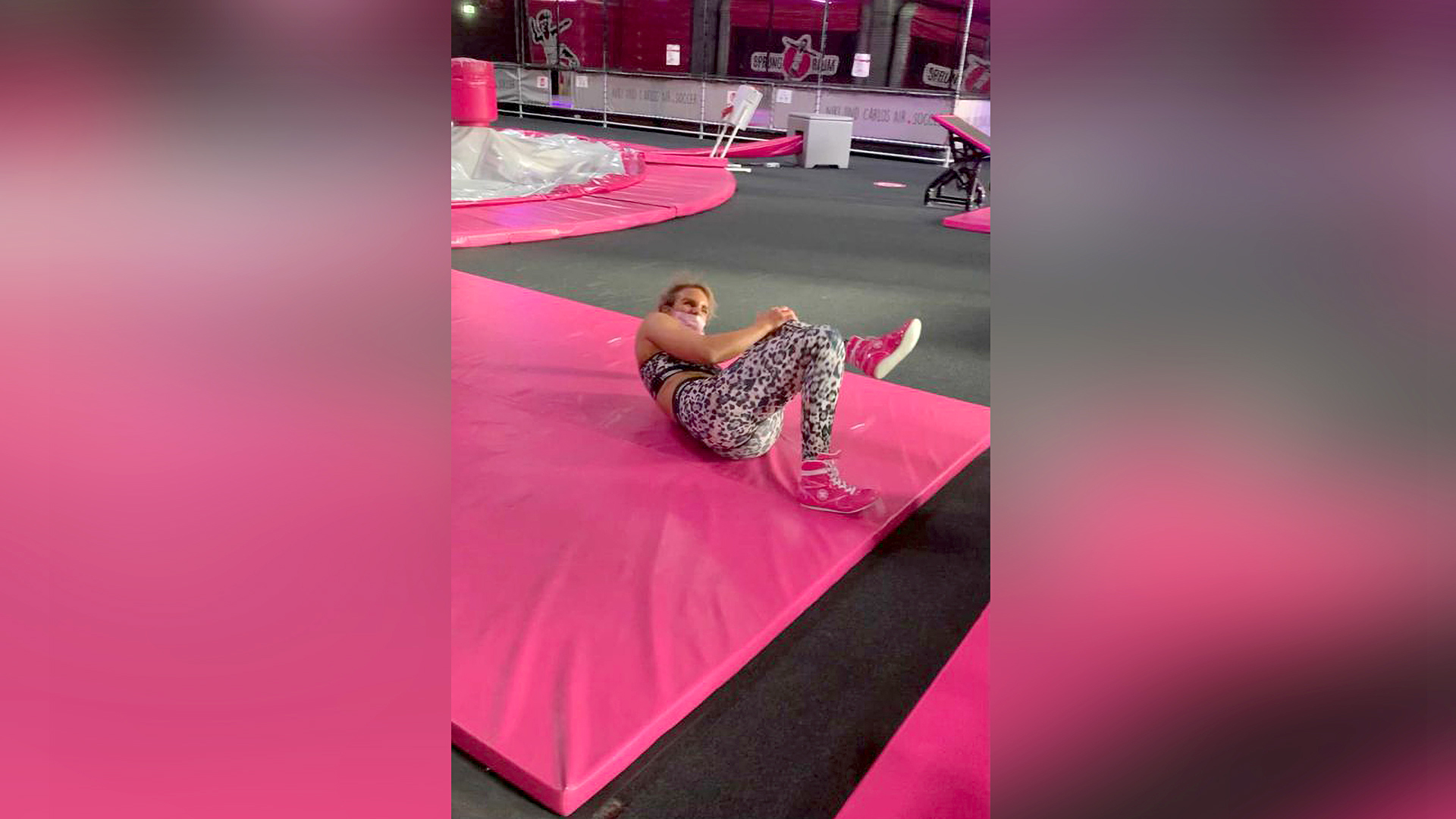 The former boxer and singer Alicia Melina injured her knee during a training session for the Ninja Warrior competition. (@alicia_melina.de/Newsflash)

The 32-year-old, who hails from Buchholz in der Nordheide in the Harburg district of Germany, informed about the mishap through an Instagram post.

“It happened so quickly,” she said. “I, unfortunately, got a tibial plateau fracture in my knee during Ninja Warrior training. You will see me on crutches for six weeks, but I won’t let that get me down,” she told her 46 500 followers on the social media platform.

Ninja Warrior is a TV show where athletes are put to the test in a brutal obstacle course which they attempt to complete in the fastest possible time. Around 160 participants from across Germany are said to participate in the mega event.

Melina was training relentlessly for the physically demanding competition providing her fans with regular updates about her daily routine and preparation for the event.

In a video she uploaded on Instagram on March 5, she was seen practicing for the competition. Later, she fell from fitness equipment which broke her knee broke and caused the injury.

However, she is determined to continue her training. “Pain is only temporary,” she said.

Despite the setback, she looked dedicated to focusing on her upper-body during the next few weeks of training and is trying to build core strength to help her in the competition.

She will not have to undergo surgery for the fracture but confessed the experience was exhausting.

Her friends, family, and fans are offering their unconditional support pouring their love on social media. She informed her fans that she hadn’t used crutches before, and since she has to use them even for the most basic things, the entire process has been “Difficult, difficult, difficult.”

In moments of despair, Melina has been backing her fans to find ways to encourage themselves. Spreading the same message, she has creative ways to roam around the house and carry things, especially vegetables from the refrigerator to the sink. As her hands are constantly holding the crutches, she hangs the shopping bag around her neck.

If everything goes well, the former boxer expects to go back to normal in six weeks, which she revealed in her Instagram post.

However, her participation in the competition on April 4 remains in doubt. No official statement has been released from Melina or the organizers of Ninja Warrior on the same.