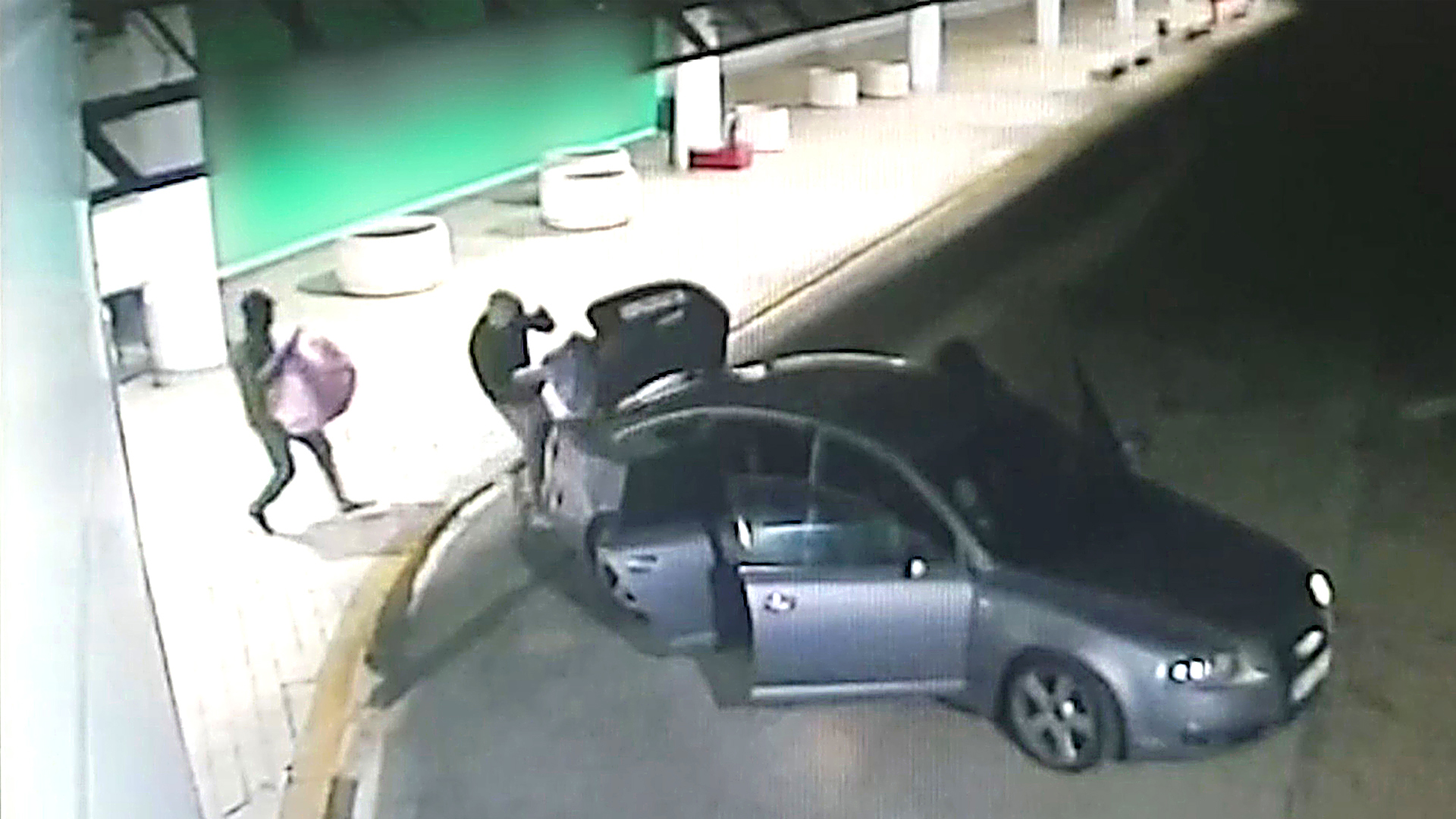 The arrest of a gang during a getaway from a robbery in Burgos, Spain. (Newsflash)

BURGOS, Spain — A gang of four ram-raiders, notorious for conducting 24 ram-raids across 13 different Spanish provinces, were nabbed red-handed by the police outside a mobile phone store on March 5.

The cops caught the gang members stealing 77 high-end products and six tablets near a shopping center in the city of Burgos in the autonomous community of Castile and Leon.

Apart from ramming their way into shops with vehicles to steal merchandise, the gang also used mallets and pickaxes to smash their way into the premises and steal expensive products, reported the local media.

“The gang would ram stolen mid-range vehicles through the windows or shutters of shop premises, scoop up their loot and spray the vehicles with fire extinguishers, to try and erase any evidence that would help locate them,” said the police officials.

The National Police said the four-membered gang carried out a similar robbery in Albacete the night before they were caught in Burgos.

“The getaway car they used in the Albacete robbery was the same driven in the Burgos theft,” said the police.

Three suspects are in custody, while the fourth, with no previous criminal records, was released with charges. The investigation is ongoing. 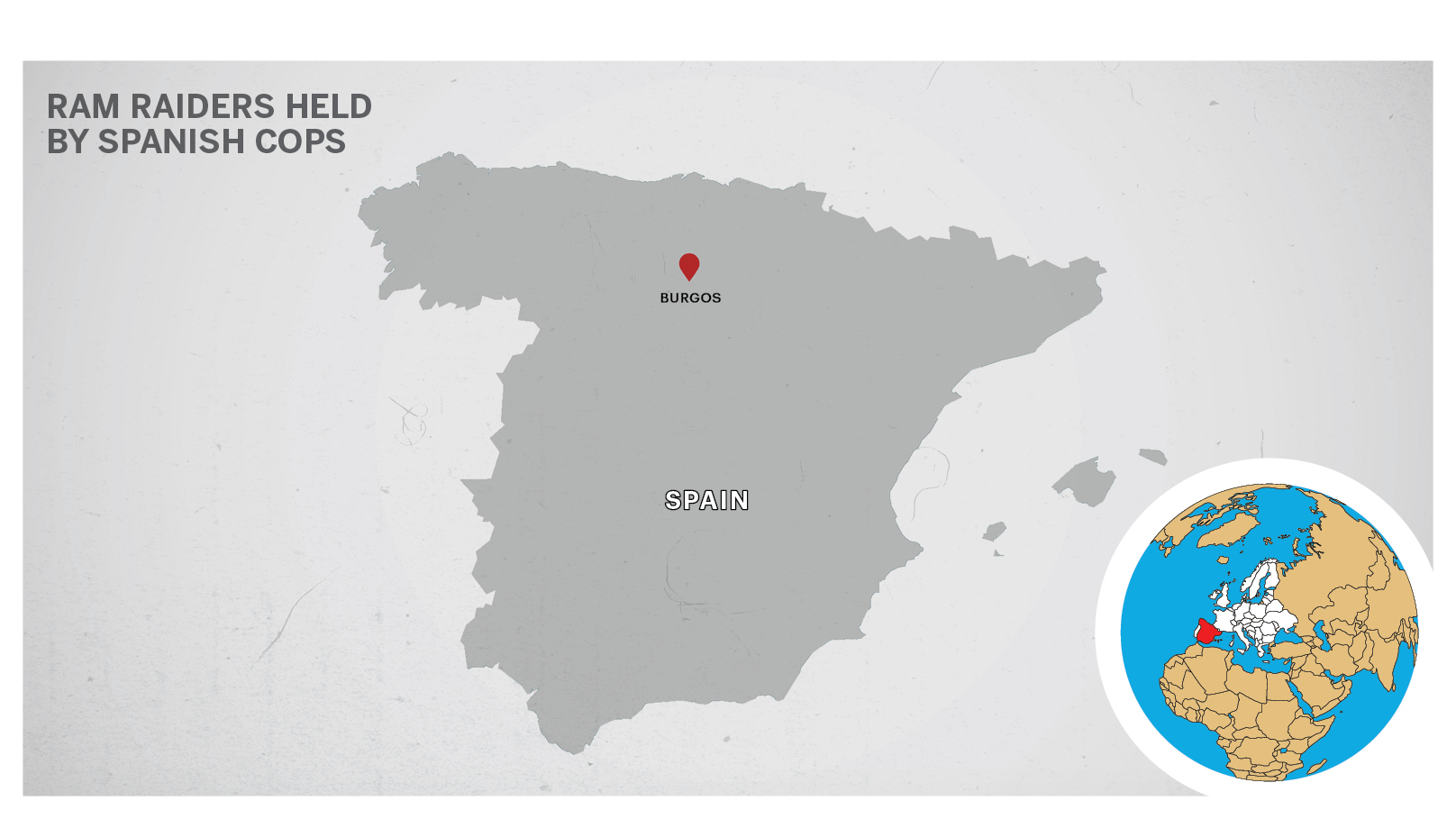 Spain, therefore, is generally a safe destination for tourists, students, business travelers, and others. Although violent crimes may occur, they are far and few.

The U.S. Department of State has assessed Madrid and Barcelona – two of the country’s biggest and most populous cities – as low-threat locations for crime directed at or affecting official U.S. government interests.

Despite having low crime rates, Spain is infamous for its petty theft, pickpocketing, and minor offenses.

“Foreigners are the targets of choice for pickpockets and thieves who operate in hotel lobbies, restaurants, public transit systems, airports, at car rental counters, and other areas frequented by tourists,” the State Department said in a statement.

As per reports from Overseas Security Advisory Council, a partnership between the U.S. State Department and private-sector security community, common crime tactics include baggage theft while visitors check-in/out of their hotels, during check-in at the airport, while picking up or dropping off a rental car, or while hailing a taxi; theft of valuables left in vehicles; criminal distractions to allow a counterpart to pick a victim’s pocket, etc.

“Distraction continues to be a common tactic used by highway robbers in Spain,” it said in a report. “Thieves acting as ‘good Samaritans’ will flag down their victim and indicate there is a problem with the victim’s vehicle. While one of the assailants distracts the victim’s attention, an unseen accomplice robs valuables from the victim’s vehicle.”

In 2019, there was a rise in violent crime within Barcelona, specifically in popular tourist areas. Local authorities reported an increase in the number of petty theft cases involving acts of violence such as aggressive thefts of jewelry, watches, and purses. In some cases, these incidents resulted in injury.

“The highest incidence of street crime occurs during local holiday periods (late November through early January, Easter/Semana Santa, and August) and the busy summer tourist season,” said the Overseas Security Advisory Council in the report. “There are well-organized pickpocketing gangs who travel throughout Europe following the peak tourist season and major events where large groups of unsuspecting visitors will be present.”