The seller did not have proper paperwork for the artifacts.
By James King March 12, 2021
Facebook
Twitter
Linkedin
Email 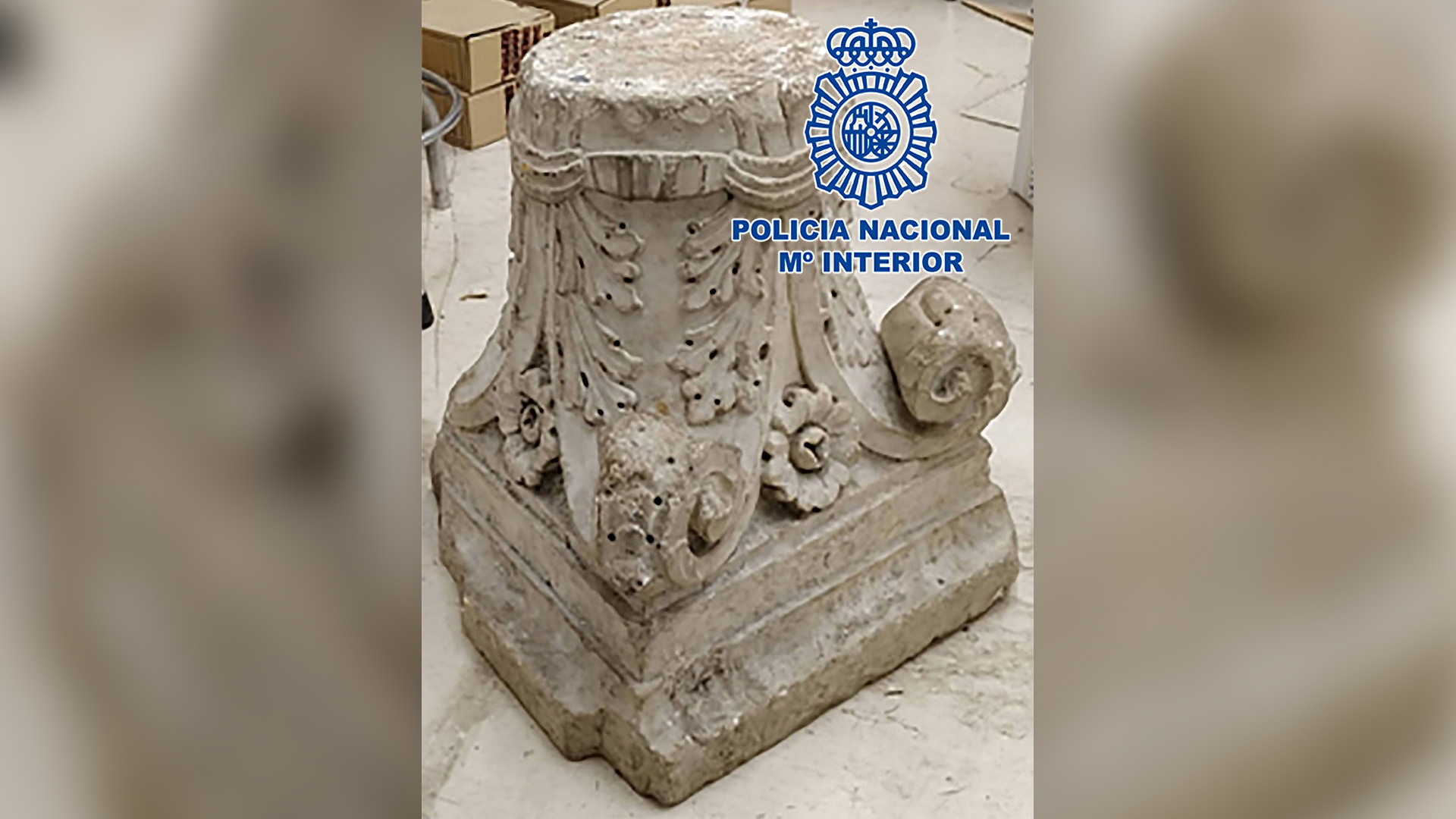 The recovered Roman Plinth is now kept in the Archaeological and Ethnological Museum of Granada. (Newsflash)

The artifacts – an ancient Roman plinth and a funeral urn – were recovered on March 8, after a six-month investigation beginning October 2020.

“We have successfully recovered the two Roman artifacts valued at EUR 6,900 ($8196),” said the Spanish authorities.

Granada, located in an autonomous region, houses grand examples of medieval architecture dating to the Moorish occupation, especially the Alhambra. 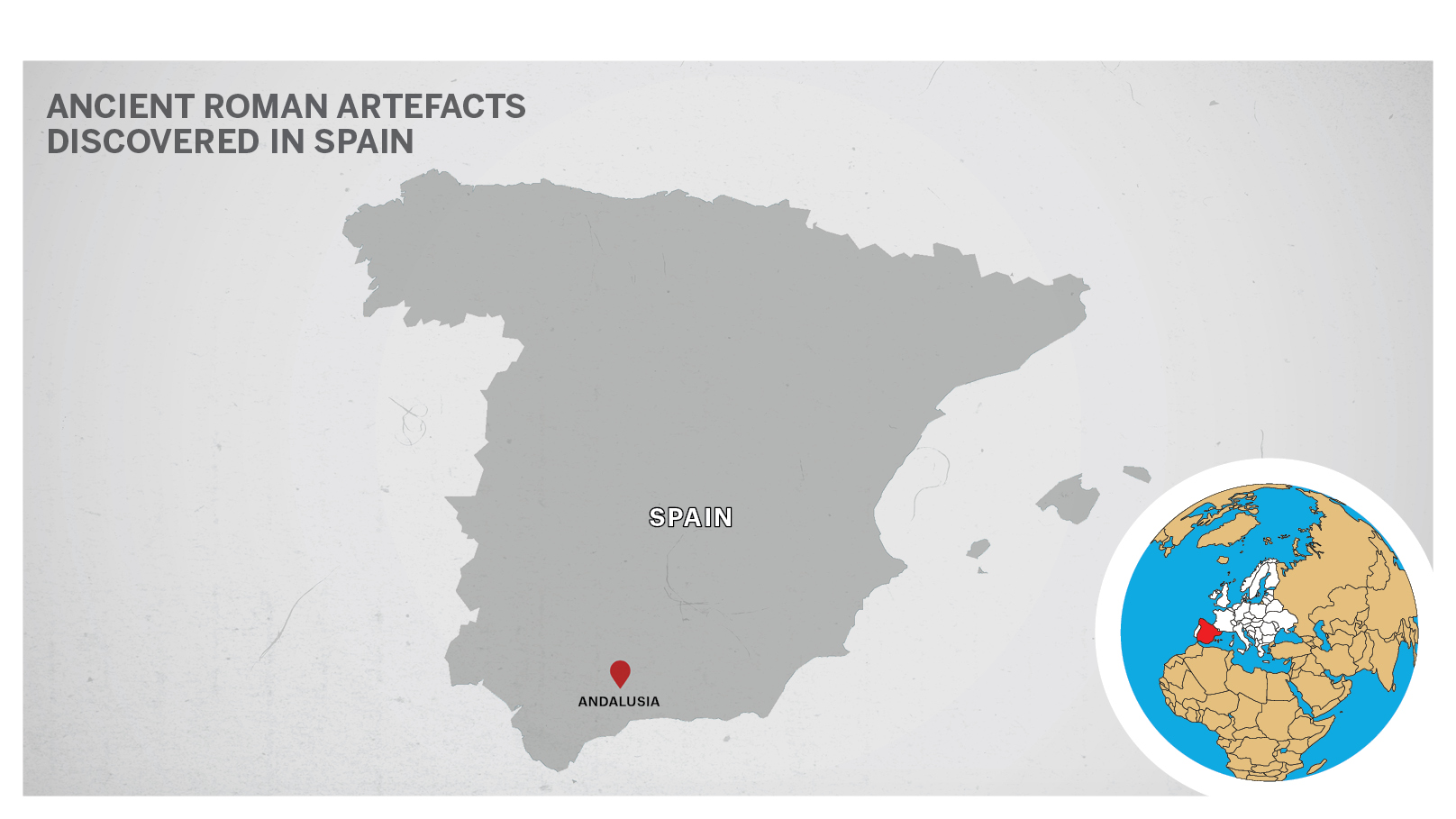 An investigation was launched, and the police contacted the General Directorate of Historical and Documentary Heritage of the Board Of Andalusia to learn more about the artifacts’ sale.

The artifacts were brought to the authorities’ attention last year by agents who specialize in Cultural Heritage cases.

The plinth and the funeral urn were earmarked for sale at the Madrid Art Gallery, but the authorities doubted the sale deed’s legality.

A plinth is a base or platform that supports a column or structure. Structurally, the plinth distributes weight and pressure down evenly through a column across a wider space. On the other hand, an urn is a vase, often with a cover, with a typically narrowed neck above a rounded body and a footed pedestal.

The authorities established that the vendor did not have the correct paperwork to prove legal possession of the ancient plinth and urn.

The seller, who wasn’t named, claimed the artifacts had spent years in his parents’ home.

The confiscated artifacts are kept in the Archaeological and Ethnological Museum of Granada.

The museum exhibits show the everyday life of the societies that once lived in Granada. The economic, social, and ideological processes of different eras, from the prehistoric period to the key year 1492, are illustrated through material evidence and archaeological pieces.

The investigation remains open as authorities try to establish who was originally responsible for the theft.

Several countries party to the 1970 Convention on the Means of Prohibiting and Preventing the Illicit Import, Export and Transfer of Ownership of Cultural Property have established specialized police units to prevent and fight against the illicit trafficking of cultural property.

These specialized police units play a crucial role in recovering stolen or lost cultural property and returning them to their places of origin by creating a comprehensive national and regional network.

In Spain, the Heritage Team of the Central Operational Unit of the ‘Guardia Civil’ investigates crimes against cultural property, including art theft, looting and illicit trafficking of cultural goods, artwork fraud, and counterfeits.

Such instances of discovery and recovery of looted artifacts are not new in Spain.

Over 100 people were arrested for illegally acquiring the artifacts from Colombia.

The illegal trade of cultural property in Spain has been a point of contention for quite some time now, with economists suggesting alternatives to curb it.