An independent investigation and a state legislature inquiry are underway, with impeachment a possibility.
By Hadassah Patterson March 12, 2021
Facebook
Twitter
Linkedin
Email 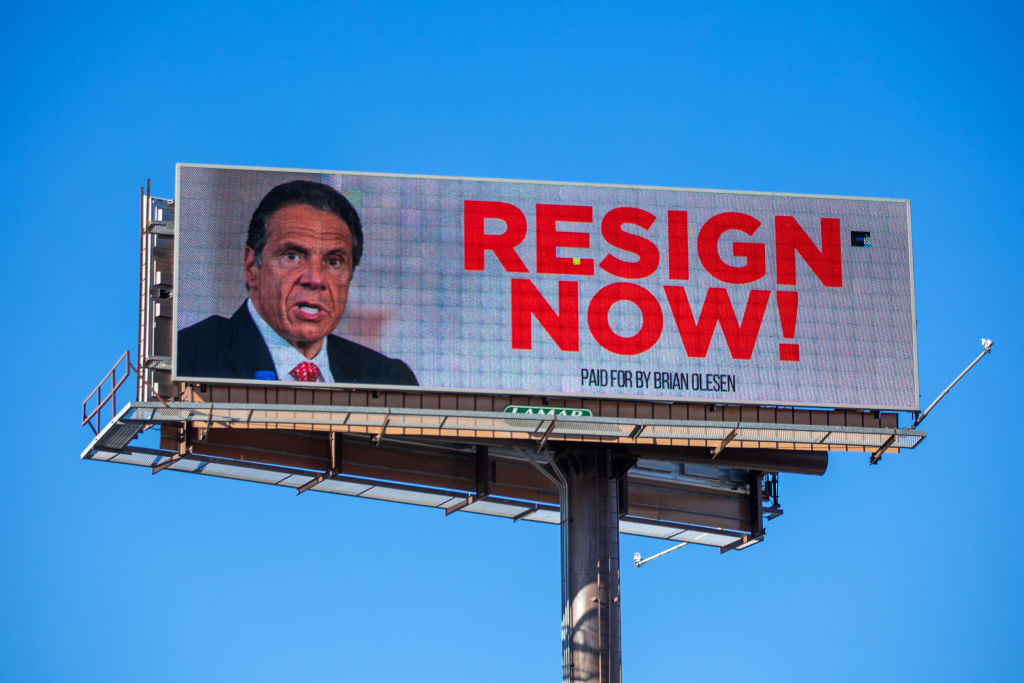 ALBANY, N.Y. — New York State Attorney-General Letitia A. James says that her office’s investigation into allegations of sexual harassment by Gov. Andrew M. Cuomo will forge ahead despite the announcement of a separate probe by the state legislature on March 11.

After a three-hour meeting, the Assembly gave Judiciary Committee Chair Charles D. Lavine, a Democrat, wide-ranging jurisdiction to examine the claims made against Cuomo, as well as his handling of COVID-19 related nursing-home deaths.

“The reports of accusations concerning the governor are serious,” Heastie said. “The committee will have the authority to interview witnesses, subpoena documents and evaluate evidence, as is allowed by the New York State Constitution.”

“I have the utmost faith that Assembly member Lavine and the members of the committee will conduct an expeditious, full and thorough investigation,” he said.

The separate investigation by the state attorney-general’s office, meanwhile, will include subpoena powers to call witnesses and take statements, including from Cuomo.

Cuomo has now been accused of sexual misconduct by at least six women, who came forward with their stories after an initial allegation was made in an essay by Lindsay Boylan, the former deputy state secretary for economic development and housing.

Boylan published an essay on Feb. 24 on her blog that described unwanted kissing and suggestions from the governor that the pair “play strip poker” during a flight home from a work event. It also alleged leaking of confidential personnel files as retaliatory action.

The former deputy secretary is now running for president of New York’s Manhattan Borough and says she was prompted to disclose her story after Cuomo was floated for U.S. Attorney-General, the highest law enforcement position in the country.

Assemblyman Ron Kim and de Blasio have both also described the bullying of staffers by Cuomo, with the mayor calling the bullying “nothing new.”

After Boylan’s essay, five more women came forward with claims of inappropriate behavior or remarks during interactions with Cuomo, who has been governor for the last decade.

Charlotte Bennett, a 25-year-old former executive aide to the governor, said she was asked a series of uncomfortable questions by Cuomo, including whether she “had ever been with an older man,” and later transferred to a position at the State Capitol.

Another woman made allegations of groping at the governor’s mansion in Albany, after she was summoned to fix a cellphone issue. The incident was referred to Albany police.

Beth Garvey, the governor’s acting counsel, said she had reported the incident to police even though the victim’s lawyer told her she did not want to file a police report.

“As a matter of state policy, when allegations of physical contact are made, the agency informs the complainant that they should contact their local police department,” Garvey said in a statement issued March 11. “If they decline, the agency has an obligation to reach out themselves and inform the department of the allegation.”

The groping allegation was forwarded to the state attorney-general’s office, which has appointed an independent special counsel team to look into the claims. The team has launched a website to allow people with information regarding the claims of sexual harassment to come forward, but have said that the inquiry could take months.

Cuomo, for his part, has said his “teasing” could have been misconstrued at times — but in a statement on Feb. 28, he also denied all allegations of unwanted touching.

“I now understand that my interactions may have been insensitive or too personal and that some of my comments, given my position, made others feel in ways I never intended. I acknowledge some of the things I have said have been misinterpreted as an unwanted flirtation,” Cuomo said. “To the extent anyone felt that way, I am truly sorry about that.”

A separate call for Cuomo to resign was also signed March 11 by 59 Democrats in the New York State Legislature. However, Heastie, the Assembly speaker, has not yet indicated whether he intends to proceed with an impeachment of the governor.

Impeachment would require agreement from a majority of state Democrats, who hold a two-to-one advantage in the 150-seat Assembly. They appear split over the best course of action, with many saying they will reserve judgment until the probes are completed.

Andrea Stewart-Cousins, the Democratic majority leader in the State Senate, called for Cuomo’s impeachment March 7. However, the next day, 23 female members of the State Assembly issued a letter saying they should wait for the attorney-general’s report.

If Cuomo resigns or is impeached, the state’s governorship would fall to Lt. Gov. Kathleen C. Hochul, who has served in the deputy role since 2015.

If impeached, Cuomo would then be subject to indictment or punishment for criminal charges, if applicable. The state’s impeachment trials only address removal from office.

(Edited by Alex Patrick and Matthew B. Hall)