But the hike of 6.8 percent over last year is one of the lowest since 2015.
By Saptak Datta March 12, 2021
Facebook
Twitter
Linkedin
Email 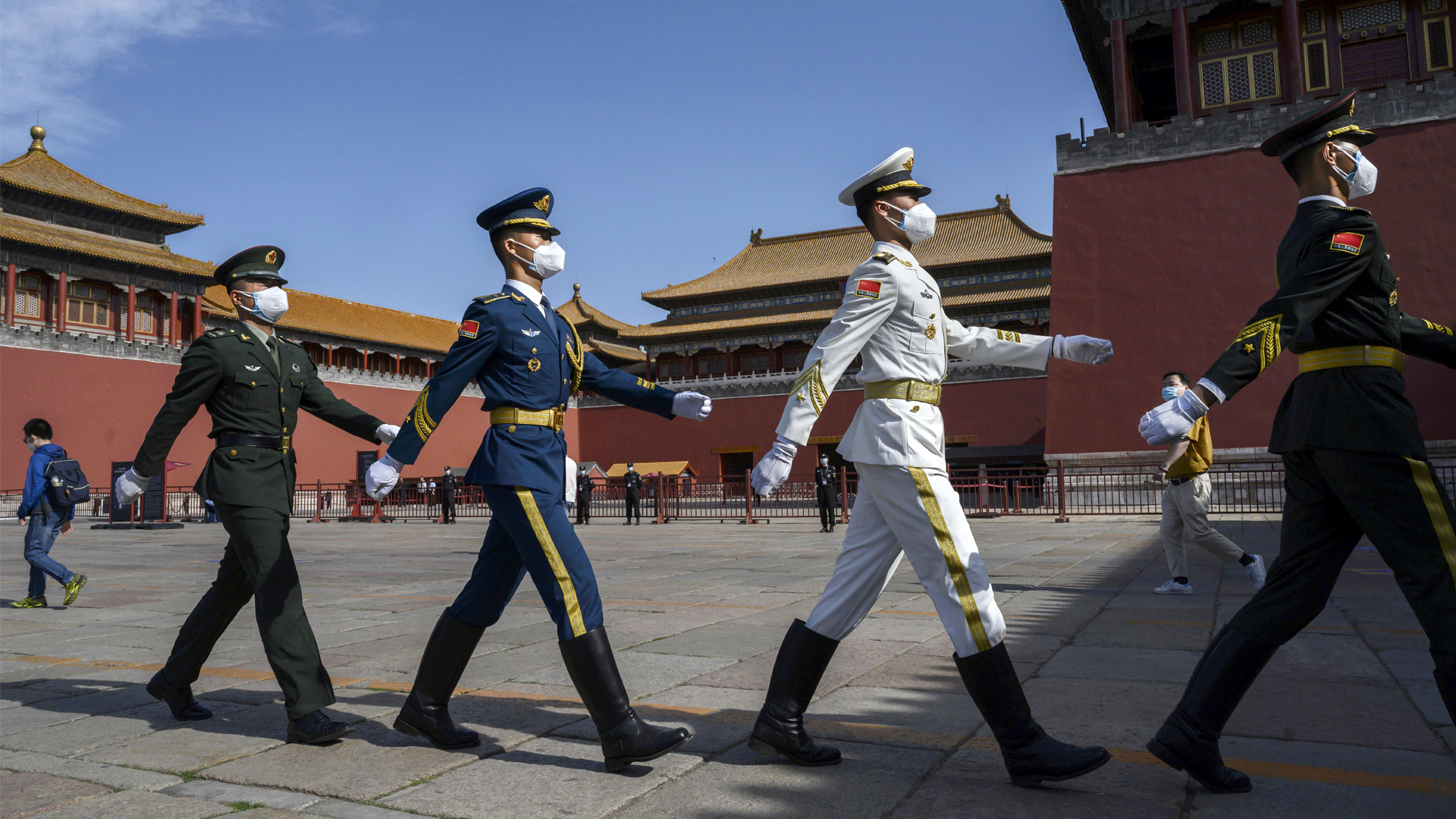 PUNE, India — Amidst a military standoff with India and growing political tensions with the United States, China hiked its defense budget to $209 billion — an increase of 6.8 percent over last year.

China maintained a growth in the military budget for the sixth consecutive year. The rise in defense spending was announced by Chinese Premier Li Keqiang on March 5.

“But it is one of the lowest hikes in the past six years for China,” Lieutenant General Gurmit Singh told Zenger News. “In 2015, they had a hike of approximately 15 percent, and in 2019 it was 7.5 percent. However, the bigger aspect of the budget this fiscal year is that it has crossed $200 billion. Figures will not reveal the entire story when it comes to China, because they have been hiding it for a long time.”

Singh believes that the defense budget for China is more focused on the People’s Liberation Army and preparing for future warfare.

“They are trying to be on par with the U.S. armed forces,” said Singh. “There is a shift of their centrality from the ground forces towards the naval prowess, rocket forces such as the missile, and artificial intelligence. We will see more cyber offenses in the future. China’s defense budget is inter-meshed with their civil logistics, civil manufacturing defense industrial base, and army requirements. Hence, it is difficult to find out their true agenda.”

In the 35-page work report outlining China’s achievements in 2020 and tasks for 2021, Keqiang described the previous year to be successful for the armed forces. “Last year, success was attained in the development of national defense and the armed forces,” said Keqiang in his work paper.

“This year, we will thoroughly implement President Xi Jinping’s thinking on strengthening the armed forces and the military strategy for the new era,” said Keqiang. “We will improve the layout of defense-related science, technology, and industry, and enhance the defense mobilization system.”

After several rounds of discussion, India and China withdrew troops from Pangong Tso in the eastern Ladakh border region, while the negotiations are underway for disengagement at other points at the Line of Actual Control, the contested borderline between the two countries.

For several years, China is trying to dominate the Indian Ocean and the Indo-Pacific region, and they are rapidly increasing presence in these areas, building several ports in Sri Lanka, Maldives, and Pakistan, creating a “String of Pearls” in the region.

The String of Pearls is a geopolitical theory on potential Chinese government intentions in the Indian Ocean region. It refers to the network of Chinese military and commercial facilities and relationships along its sea lines of communication, which extend from the Chinese mainland to Port Sudan in the Horn of Africa.

“They have increased the budget keeping the South China Sea and Indian Ocean region in mind. About 80-85 percent of energy trade is done through sea routes,” Sanjay K. Bhardwaj, professor of South Asian studies at Jawaharlal Nehru University in New Delhi, told Zenger News. “Whoever has controlled the Indian Ocean region, has controlled the world. British controlled it first, followed by the U.S. Now, China is trying to.”

“This budget increase would create more tension and confusion geopolitically and geostrategically in South Asia,” he said. “In Indo-Pacific Region, ‘quad’ is a major factor for the Chinese, hence, they are partnering and cultivating with Muslim leaderships, such as Turkey, Iran, and Malaysia.”

Bhardwaj believes India has been successful in countering the Chinese influence in the Indo-Pacific region by developing the naval forces and helping smaller island nations, such as Seychelles and Maldives. This journal talks about the Indian response to the Chinese String of Pearls Doctrine by countering through Indian Act East Policy, investing in the Iranian Chabahar port, and by developing an Indo-Pacific alliance with Japan and the U.S.

As tension persists with neighbors China and Pakistan, India is planning to buy 30 armed drones from the U.S. to bolster its land and sea defenses. The deal of 30 MQ-9B Predator drones, manufactured by San-Diego-based General Atomics, is likely to get through in April.

“Apart from the main Indian defense budget, there are many initiatives that contribute towards the Indian military,” Singh told Zenger News. “We have several emergent acquisition procurement plans in the pipeline. We are trying to inculcate the defense industrial base into the military requirements. Ballistic missile defense system has been acquired from Russia as well.”

Singh told Zenger News that the 30 armed drones are one among several other weapons and ammunition India is planning to acquire from other nations. “The US officials will be visiting us [the Indian Army] at the end of the month [March] for the deal to be completed,” he said. “It is just one spec of the defense cooperation. There is defense cooperation among four nations; India, the U.S., Australia, and Japan.”