With a new ceasefire between the rival nations, experts and peaceniks push for resolution of decades-long issues.
By Kunwar Khuldune Shahid March 11, 2021
Facebook
Twitter
Linkedin
Email 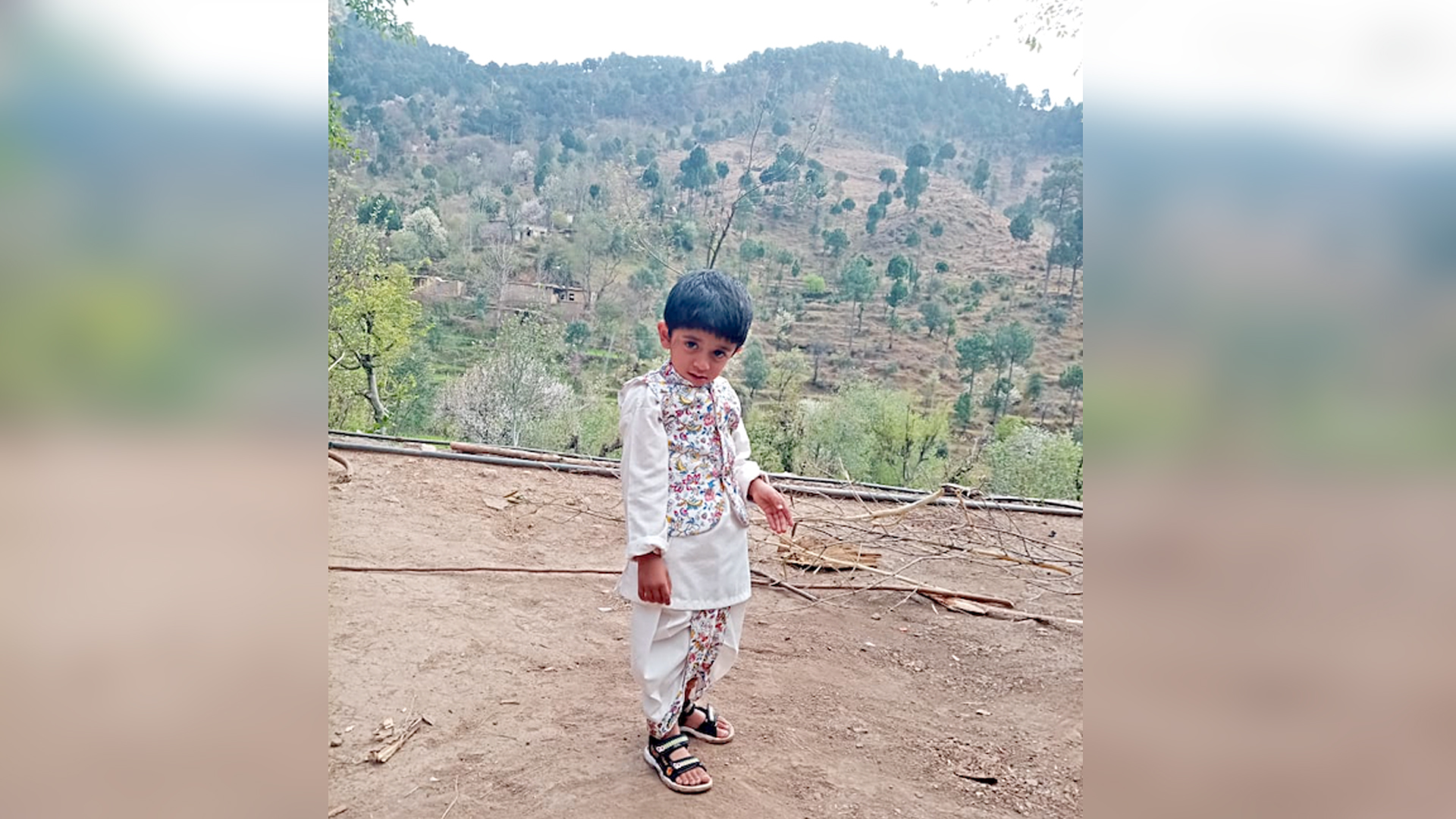 LAHORE, Pakistan — Sajid Sadozai, a 46-year-old landowner and farmer from Lanjot village in Kashmir’s Kotli district, was finally able to see his lands in early March this year after a decade.

“It’s been over a decade since I last got to plow my agricultural lands,” Sadozai told Zenger News.

The reason he had not been able to visit his property was because of the constant border skirmishes between India and Pakistan over the disputed territory of Kashmir. Both control parts of it but claim the whole.

However, peace now seems to be in the air.

Directors-general of military operations of India and Pakistan on Feb. 25 agreed to a ceasefire along the Line of Control (LoC), the unofficial border separating the parts of Kashmir administered by the two nuclear-armed South Asian nations.

In the 18 years since the last Indo-Pak ceasefire was agreed, locals in Lanjot have had to bear innumerable losses to life, livelihood, and infrastructure owing to cross-border shelling by the armies.

As most of the village are engaged in agricultural activities, frequent incursions by soldiers across the LoC have rendered them unemployed or forced them to find other jobs. Sadozai trained to become a journalist in 2003.

“People could no longer harvest crops because of firing and shelling,” he said. “When your own life is at risk, work and even food often become a secondary concern.”

“Over the past 20 years, the lack of agricultural activities has ruined our lands,” said Sadozai. “Today, we have flour shortage, and government-provided flour doesn’t reach all households. I am now thinking of working on the land again in years. But it’s difficult because lack of continuity hampers agriculture.”

The border conflict has also destroyed infrastructure in the village, making even necessities dear.

“Sometimes we don’t have water for days, because people have to leave their homes to collect water,” said Sadozai. “Many have even been injured [in crossfire] while doing so. The cross-border firing also impacts children’s education, because schools remain closed.”

Given the near-permanent nature of India-Pakistan hostilities, local authorities haven’t invested much in infrastructural development in the area.

The neighboring countries have fought three full-fledged wars over Kashmir in 1947, 1965, and 1999, and several minor conflicts as well. India and Pakistan also went to war in 1971, leading to the creation of Bangladesh.

“Transport is a major problem in my village,” said Sadozai. “The roads near the LoC are in a terrible state. Most of the villages don’t even have hospitals. Those of us living in Lanjot have to go to Kotli [about 50 kilometers or 31 miles away] for basic checkups. Even the hospital at Kotli doesn’t have basic facilities.”

In 2020, India and Pakistan accused each other of 5,000 and 3,000 ceasefire violations, respectively — the highest since the 2003 truce. In November 2020, violence spiked again — 10 civilians and five security personnel were killed. Infrastructure in villages across the border was affected.

“Such violence leaves a deep psychological impact on the survivors,” said Sadozai.

“The psychological impact of cross-border shelling is often neglected. Many living near the LoC suffer from severe anxiety and other mental health issues,” he said. “The damage is across generations.”

In February 2019, a terror attack on an Indian army convoy on the Indian side of Kashmir led to increased tension between the two nations. For the first time since 1971, the air forces of India and Pakistan violated each other’s airspace, resulting in a dogfight.

Then in August 2019, India revoked Article 370 of its Constitution that gave Jammu & Kashmir a special status, bifurcated the former state of Jammu & Kashmir, and brought it under direct administration of New Delhi. It also imposed a communications lockdown that lasts in some form even now, and has been criticized by the international community.

The Indian state has also been accused of gross human rights violations in the parts of Kashmir it controls in its attempt to fight militant separatism, which has had support from Pakistan. Reports of human rights abuses have also emerged from Pakistani Kashmir.

Sadozai’s family has also suffered in the conflict, since Partition of the subcontinent into India and Pakistan at the time of independence in 1947, and the communal riots that accompanied it.

“From my ancestor Sardar Mohammed Akbar Khan, before the Partition in 1947, till today, at least 40 people from my family have been martyred in firing,” he said. On Feb. 25, 2000, 13 civilians were killed in a night raid in Lanjot. The victims were all from Sadozai’s family. He has lost more relatives since then in cross-border firing.

Sadozai, however, still hopes for peace.

“Until there is lasting peace, this ceasefire is only a temporary relief,” he said. “Our brothers and sisters across the LoC are also killed when there is firing from this side. The shells and bullets don’t care for identities. They kill indiscriminately.”

For long-term peace, both nations have to return to the diplomatic table. In the past, efforts made by the governments of the two counties — including the administration of Pakistani Prime Minister Imran Khan and Indian Prime Minister Narendra Modi — have not yielded results.

However, Joe Biden taking charge at the White House might have inaugurated a new phase of diplomacy in South Asia, claim many experts, including Pakistan’s former foreign minister Khurshid Kasuri.

“The ceasefire hasn’t happened all of a sudden of course,” Kasuri told Zenger News. “It has been backed by the Biden regime, even if not openly then covertly. And I can say this based on my experience, from when I was foreign minister [in 2003].”

“Then US Secretary of State Colin Powell called me and said: ‘Be prepared to hear good news and please respond accordingly’,” he said. “Two days later Atal Bihari Vajpayee, former Indian prime minister, reached out, and we invited him to Pakistan.”

Kasuri was the Pakistani foreign minister when the last ceasefire was agreed upon with India in 2003. While he was appointed under the military dictatorship of Pervez Musharraf, Kasuri maintains that matters along the LoC require the military’s approval.

“I couldn’t announce the ceasefire on my own. I spoke with [the then] Chief of Staff General Hamid Javed, and he asked me to do it,” Kasuri said.

He is also optimistic about the current administrations in India and Pakistan.

“Whether [the ceasefire] lasts or not remains to be seen,” he said. “Pakistan and India need to find a way to look at their basic disputes. If talks take place under Modi’s government remains to be seen, and I won’t rule it out. After all, he’s the man who came to Lahore.”

Modi’s visit to Lahore, and the meeting with his then counterpart Nawaz Sharif, in 2015, had generated hopes for regional peace, which were derailed a little over a week later after a militant raid in Pathankot in January 2016. The killing of militant leader Burhan Wani led to clashes in the summer of 2016 in Indian-administered Kashmir. Another raid on an Indian army base in Uri in September 2016 officially brought India and Pakistan back at loggerheads.

Pakistan-based Jaish-e-Mohammad (JeM) took the responsibility for both the Pathankot and Uri attacks. New Delhi and Islamabad spent much of 2017 and 2018 exchanging diplomatic jibes over JeM, which India accuses Pakistan of shielding.

New Delhi continues to accuse Pakistan of fueling terrorism in Kashmir, while Islamabad labels it an indigenous militant struggle against military occupation and state-backed “genocide”.

Peace activists in the region, however, believe there still might be cause for optimism.

“[India and Pakistan] must honor their [ceasefire] commitment, follow and implement it for the sake of the people and peace in the region and the world,” said Beena Sarwar, the Pakistan Editor of Indo-Pak campaign Aman Ki Asha [Hope for Peace].

“Let people meet. Dialogue must be ‘uninterrupted and uninterruptible’ as Mani Shankar Aiyar, a former Indian diplomat, said many years ago. Stop being so stingy about visas. People-to-people dialogue, and meetings, are essential and much needed. Why are they so afraid of peace?”