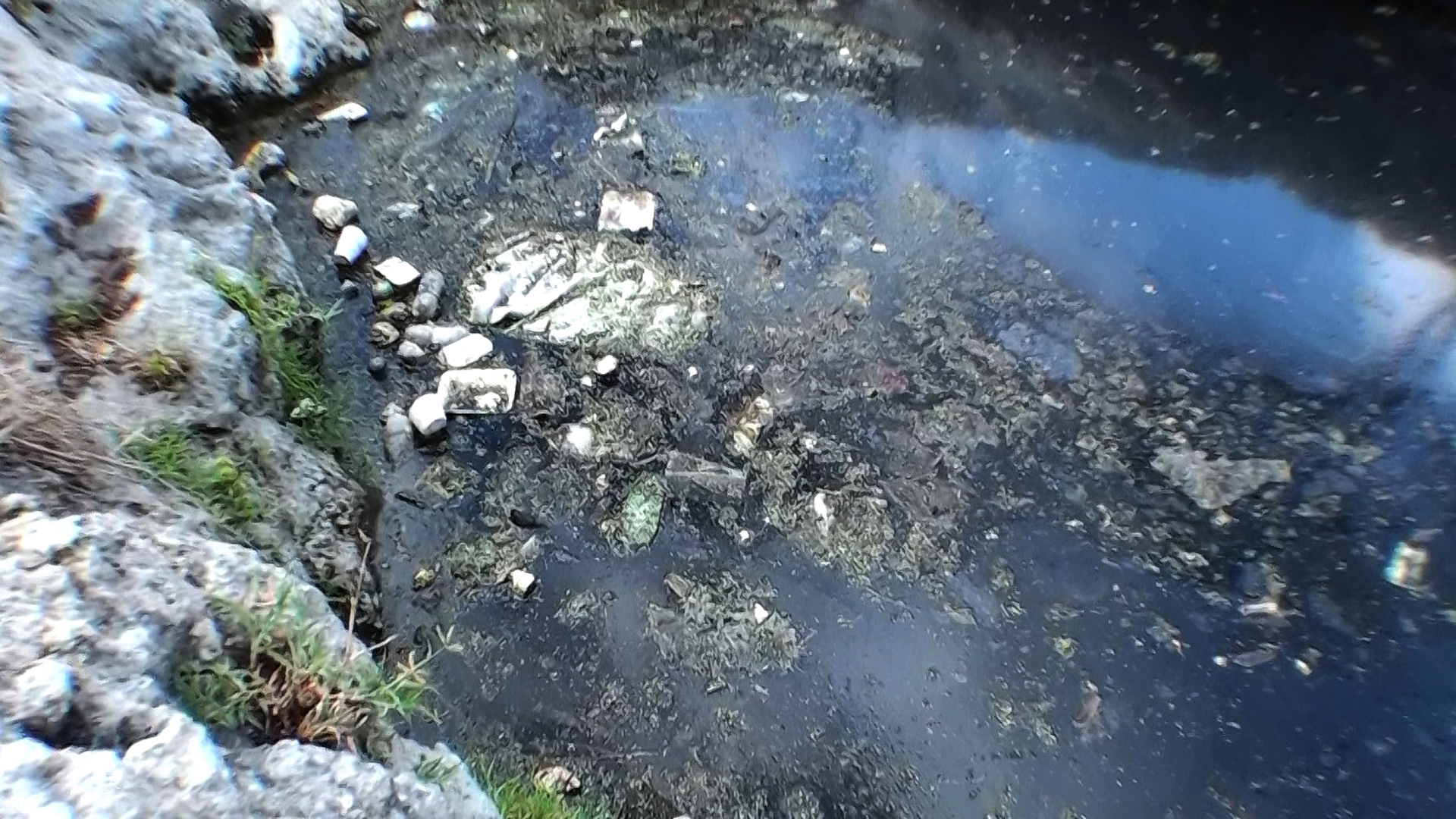 The garbage found in the natural well in Mexico. (Sergio Grosjean/Real Press)

It also carries natural and cultural significance dating back to the Mayan Civilization and serves as an important cultural bedrock for the civilization’s disparate tribal successors.

However, the area – once a collection of pristine water bodies – is facing rampant intrusion from the human world.

Recently, an environmentalist found over 1,543 pounds of rubbish, including 117 electric meters, dumped into two natural wells or Cenotes in the peninsula.

Speleologists study caves and other karst features made from the dissolution of soluble rocks such as limestone.

The waste was found during the assessments of the natural wells, which include Cenote Chen Ha, one of the most important ecotourism spots in south-eastern Mexico.

These wells – home to rare, endemic species, as well as priceless ecological artifacts such as fossilized remains of extinct species and historical items such as antique weapons, not to mention pre-Hispanic human skulls – are considered an important part of the ecotourism hotspot’s ecosystem.

“From an archaeological and a paleontological point of view, fossil remains of extinct animals were found there, as well as pre-Hispanic remains such as human skulls, or old firearms and devices used during old wars,” said Abimerhi.

Every year, environmental experts assess the natural wells to monitor their conditions.

“From the second well, 117 electricity meters were removed, which pollute significantly,” said Abimerhi.

Abimerhi explained that the first one was cleaned up on numerous occasions, but people still discard rubbish over and over again. He, along with others, found television screens, fridges, furniture, mattresses, wires, plastics, and metals in the natural wells. 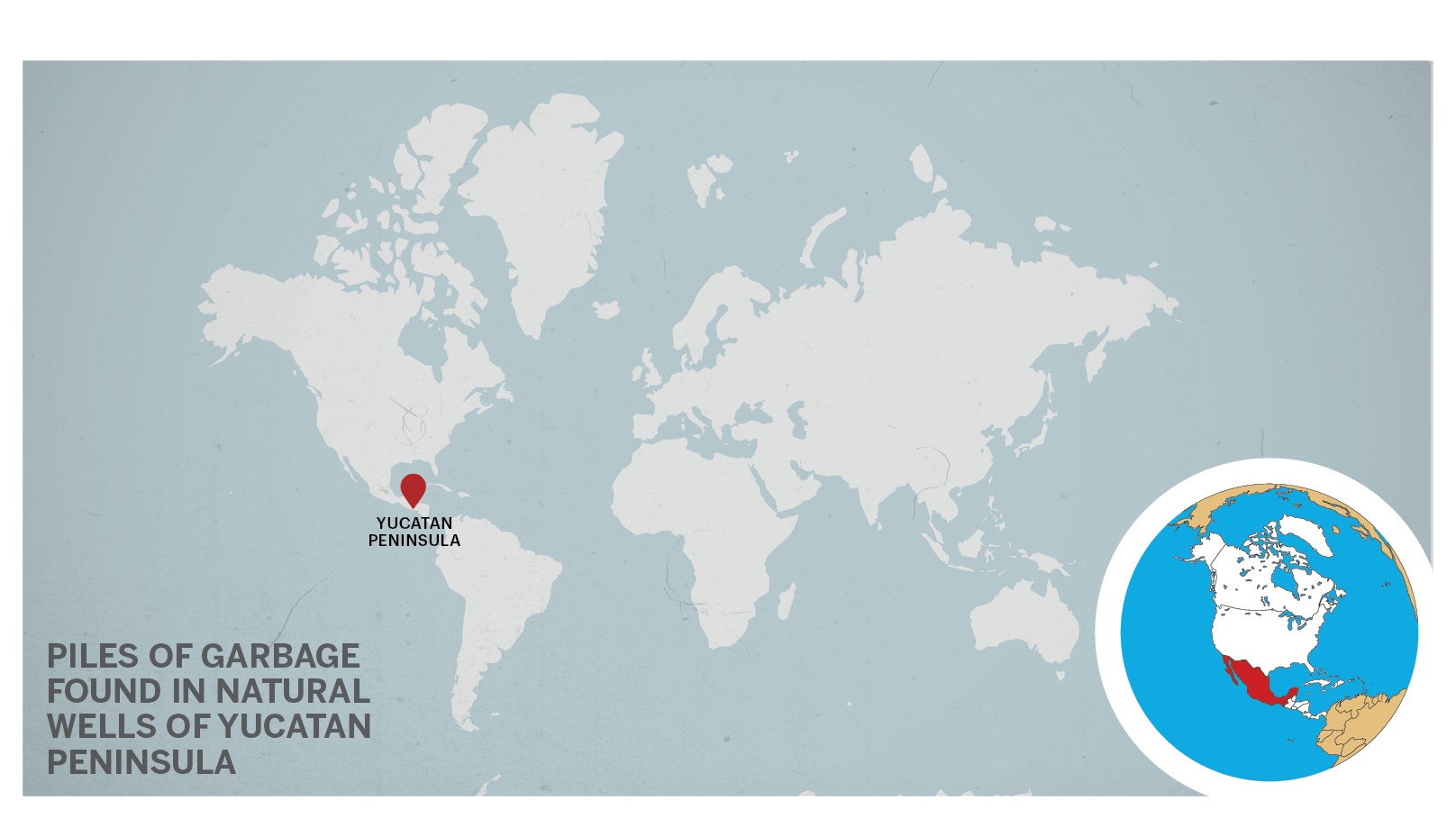 As many locals cannot throw the rubbish somewhere safe due to topographical difficulties, they use the wells as an option to get rid of such materials.

“Sadly, something similar happens in a lot of natural wells in the Yucatan peninsula,” said the speleologist. He said it was ruled out that the rubbish arrived there due to water currents.

This is not the first time such large quantities of waste have been recovered from the natural wells.

Tons of garbage were recovered from these natural wells in 2018. As per local reports and speleologists, at least 80 percent of the 3,000 or more cenotes in the region were highly polluted.

While locals have passed on the buck to outsiders and tourists unaware of the amount of garbage they generate, studies show they, too, have a huge role to play in the environmental damage. Over the past few years, items such as medical equipment, toilets, clothes, cigarettes, technological waste like computers, mobile phones, and even items related to witchcraft were found tossed into the natural wells.

The experts, at times, are amazed at the kind of waste they discover.

“It never ceases to surprise me what we can find in these magical places,” said Abimerhi.

It is pity to see these natural wells in a miserable condition that never changes. No sooner than the wells are cleaned, people throwing more rubbish into them.

“They have a high environmental value, as each of them is a unique ecosystem in the world,” the speleologist said. “The experts believe endemic species live there, which means that these species are the only ones in the world. Thus, it is important to protect the environment and to focus on making people aware of the importance of natural wells.”

InHerit, an archaeological outreach project at the Boston University, that has teamed up with the Research Laboratories of Archaeology at the University of North Carolina for the conservation of Cenotes or natural wells is one of the many such projects.

Through the initiative, InHerit has been collaborating with students and faculty from the Universidad de Oriente in Valladolid, Mexico, and public secondary schools in the Yucatec communities that have cenotes in or near the towns.

“We are developing innovative, sustainable, and interactive educational programs that explore the geomorphology, oral history, cultural and archaeological heritage of cenotes,” reads the project description.