VIDEO: Croc ‘n’ Roll Star: Elvis The Crocodile Has Fans All Shook Up 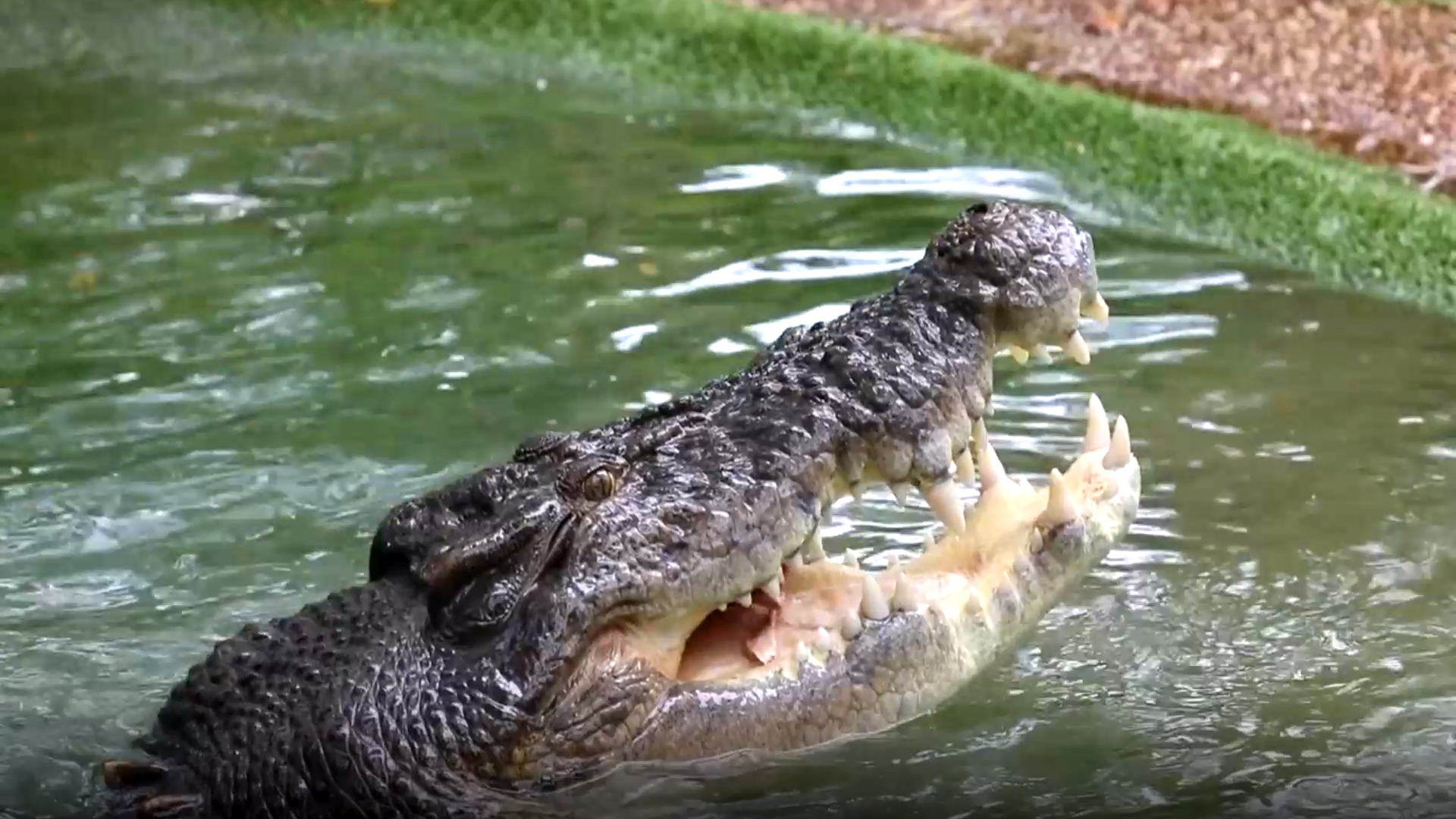 SOMERSBY, Australia – Elvis might be 55-years old, but age is just a number for such giant Saltwater Crocodiles.

Recently, Elvis, the saltwater crocodile, showed off his incredible strength and love for food during his birthday treat at the Australian Reptile Park in Somersby, New South Wales.

Weighing over 1,100 pounds and measuring 4.5-meters (14.7-foot) long, the reptile celebrated his 55th birthday in January and gave the visitors a real show when he grabbed the leg of a cow given by the zoo’s staff and crushed it into pieces within seconds.

“It’s not easy playing tug-of-war with a huge living dinosaur-like Elvis!” said Daniel Rumsey, head of reptiles at the Australian Reptile Park, who was feeding Elvis. “I always feel the burn in my arms in the days to follow, and this time he felt stronger than ever.”

The video of Elvis feasting on the bones shows the mighty crocodile charging towards the bone tied to a stick. The stick was held by the handler and the crocodile caught it between its jaws before retreating into the water to munch it.

Elvis is still a child at heart who gets excited at his birthday treats.

“I swear Elvis knows when it’s his birthday. His eyes light up when he sees a cow carcass like ours do when we see our birthday cake,” said Rumsey.

The cow leg was a birthday treat for the predator, who as per the staff of the zoo “deserves nothing short of the best”.

It was reported that the show continued even after the bone was all smashed and gone in a heartbeat. Elvis, still hungry, started to chase the keepers who were carrying the rest of the meat with them. They hopped out of the ring as quickly as they could with Elvis stomping right behind them.

Saltwater crocodiles are predominantly found in northern Australia, eastern India and South-east Asia. As their name suggests, saltwater crocodiles can live in coastal habitats, but they are comfortable in freshwater rivers as well.

Their natural habitat ranges from coastal rivers and wetlands, the open sea and island shorelines, to deep inland areas having major rivers and floodplain billabongs.

Saltwater crocodiles, like their peers, are fierce predators feeding on different kinds of meat including fish, mammals and birds. Even small crocodiles can take relatively larger prey.

Rumsey said such kinds of food provide excellent enrichment for large reptiles such as Elvis.

As for Elvis, he thought the treat to be a large prey.

“This is the natural behavior we see in wild crocs and it’s awesome to see Elvis mimic this behavior and showcase these incredible instincts,” said Rumsey.

As per the reports by the zoo, Saltwater crocodiles were once hunted to the brink of extinction in Australia. It was hunted for its skin throughout its range up to the 1970s and was also threatened by illegal killing and habitat loss. Considering their large size and carnivorous diet, they are usually regarded as dangerous for humans who share the same environment.

The danger and fear were further intensified through pop culture and movies such as the famous Lake Placid franchise where giant crocodiles attack and kill humans living in cabins beside a lake.

However, after they got the legally protected status in Queensland, Northern Territories, and Western Australia, their numbers made a full recovery. Today, they are listed in the “least concern” category by the International Union for Conservation of Nature.