Will solve the limited reach of broadband in remote areas, but cost will be a pain-point.
By Nimish Sawant March 11, 2021
Facebook
Twitter
Linkedin
Email 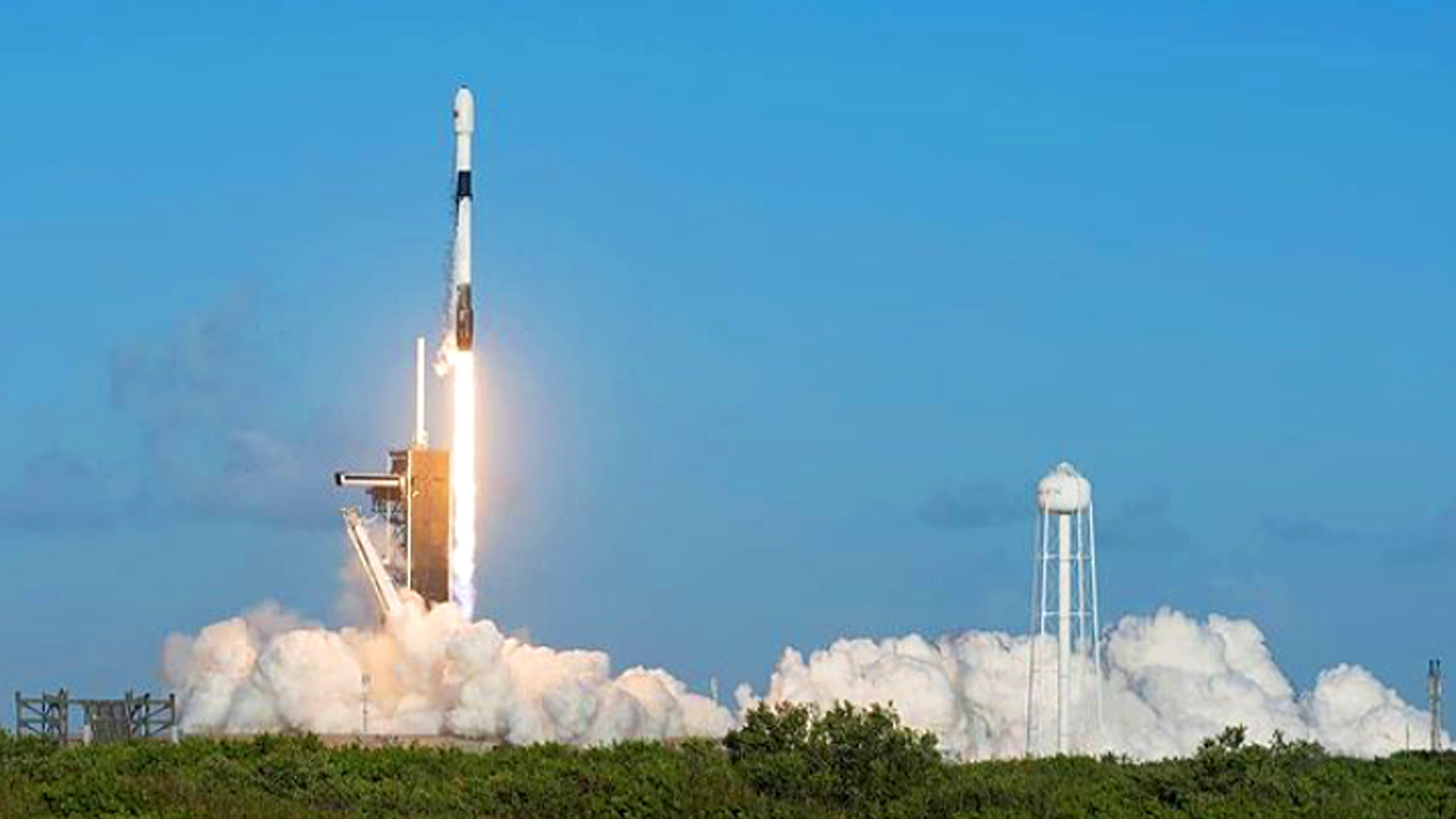 Twenty-one-year-old Nikhil Chaudhary from the north Indian state Haryana is the founder of Tesla Club India, an online group of Tesla and SpaceX enthusiasts. When he heard Starlink was opening pre-registrations for India, he was excited but wanted to wait for more clarity from SpaceX about its India plans.

Starlink is the constellation satellite initiative of Elon Musk-backed space technology company, SpaceX. On Starlink’s page, you can enter your location and if Starlink is planning to serve that area, you are presented with a message regarding the same. For India, it stated “Starlink is targeting coverage in your area in 2022. Availability is limited. Orders will be fulfilled on a first-come, first-served basis.”

While Chaudhary believes $99 (INR 7,223) is too costly, he noted that one has to take into consideration the cost of satellite installations. “Hopefully SpaceX will be able to reduce the cost for Starlink in India,” he said. 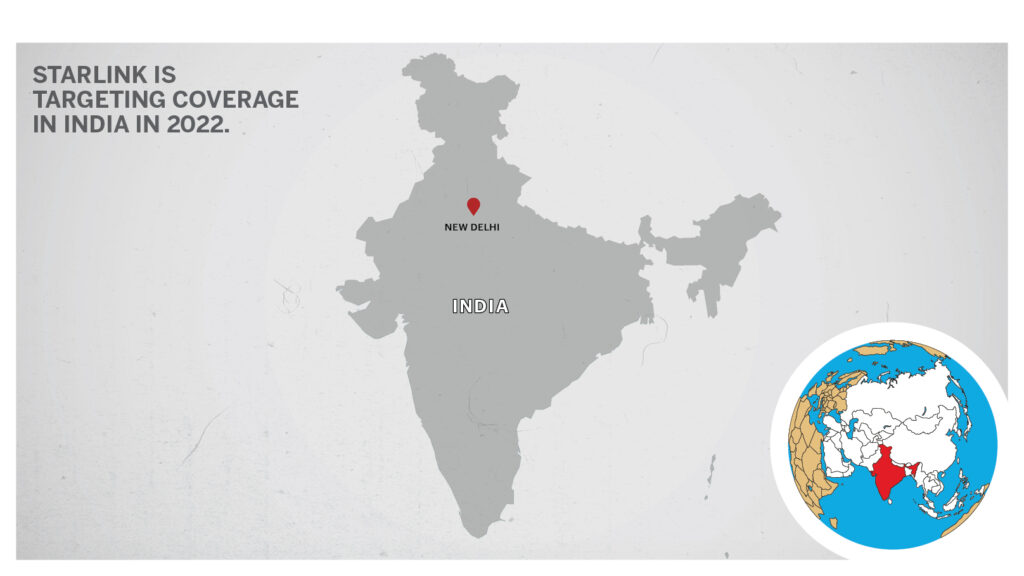 Starlink aims to cover the low-earth orbit, which has an altitude of less than 2,000 kilometers (124 miles), with internet-beaming satellites. While the target is to cover the Earth with around 12,000 satellites, so far SpaceX has managed to put up only 1,124. In its 20th launch which took place on March 4, around 60 Starlink satellites were placed in orbit. The next launch of 60 more satellites has been scheduled for March 11.

Starlink boasts of 10,000 beta users in the U.S. and abroad for its high-speed internet service, as per a recent Federal Communications Commission filing. According to this filing, SpaceX has said Starlink has download/upload speeds of 150/20 megabits per second (Mbps) and a latency of 31 milliseconds. Latency is defined as a delay for a round-trip data transmission. The lower the latency, the better.

Starlink is looking to double the speed to around 300 Mbps and drop latency to under 20 milliseconds by late 2021, Musk tweeted. Traditional satellite internet services have a latency of 550 to 600 milliseconds.

Narayan Prasad, chief operations officer of SatSearch, a company that provides a global marketplace for space products and services, told Zenger News that there is a sparse reach of broadband internet in remote areas in India and that is what Starlink’s services are aiming to solve in the country.

India had only 19.18 million fixed-line internet subscribers as opposed to 668 million wireless subscribers as of March 2020, according to a Deloitte study. Fixed broadband is available with only 7.5 percent of households in India, as compared to 75 percent in China.

“We have mobile internet, but it doesn’t match up to the fixed broadband experience,” Faisal Kawoosa, founder of techARC, told Zenger News. “Cellular coverage inside buildings can be an issue. Post-Covid, a lot of decentralization happened in the sense that people chose to work remotely. But when you move beyond metros, connectivity is a pain point.”

“Starlink is one solution. Then there are others like U.K.-based satellite internet start-up OneWeb. The case for satellites is simple because the infrastructure needed to be put together by terrestrial operators might be too expensive,” said Prasad.

India has been on SpaceX’s radar for some time. Patricia Cooper, vice-president, Satellite Government Affairs at SpaceX, had written to the Telecom Regulatory Authority of India in September 2020.

“SpaceX is on track with constellation deployments for continuous Starlink coverage throughout India by the end of 2021 with corresponding service capability, regulatory approvals permitting,” Cooper wrote.

In this letter, SpaceX spoke about offering an “affordable” service, but the pre-registration charge of $99 per month, INR 7,223, isn’t exactly cheap for a lot of Indians, especially in remote areas that the firm is planning to cover. Average high-speed broadband prices in India in metros start at around $10 per month.

“There may be some homes in remote areas that can afford $99, but a very small percentage. Some businesses might be able to afford it in remote areas. Then there is a one-time modem cost of $499 (INR 36,398), which makes it even more of a ‘deal-breaker’,” said Prasad.

Kawoosa concurs, stating that Starlink needs to have separate pricing to get traction in India.

The most logical use case for a Starlink service could be in connecting larger communities. “Many Starlink customers in low-income nations will be organizations in which connections are shared rather than individual homes. We already see such examples among the current beta testers,” noted Larry Press, a professor of information systems at California State University, in a blog post.

Ector County Independent School District in Texas entered a partnership with Starlink in October 2020 to provide internet connection for around 45 families in the district, with plans to increase that number. Kawoosa noted that in India, too, the major beneficiaries could be local communities in villages.

“Indian villages are very clustered, so the opportunity could be having a shared Starlink connection for a small village, where it can be used for schooling purposes during the day and entertainment during the evening,” said Kawoosa.

The upfront costs associated with setting up a satellite internet service, which could be upwards of INR 500 crore ($68.5 million), prevent many Indian companies from getting into this segment. “There has to be a culture shift within government bodies associated with space-related technologies to see initiatives [such as SpaceX’s] thriving in India,” said Prasad.

“You need innovation in policy-making, business models, allowing people to address market demand. There is no independent government think-tank that can assess these and give a non-biased view for the government to make changes,” said Prasad.

K Sivan, who has spearheaded many successful Indian Space Research Organisation missions since 2018 as its chairman, is also the chairman of the Space Commission — which needs to propose policy changes — as well as the secretary of the Department of Space. “This means there is a total monopoly with the decision-maker at three levels,” said Prasad. This is unlike the Science and Technology Policy Institute, an independent think-tank that works with the White House in the U.S.

“With big players like Bharti Airtel now involved with OneWeb, they have enough power to convince the government to ease regulations to serve customer demand for broadband in the market. Irrespective of how that demand is fulfilled,” said Prasad.

Could Starlink’s entry prove fatal to the broadband internet services and telecom service providers in India such as Reliance Jio, Bharti Airtel, and Hathway, among others? Most experts believe that shouldn’t be the case as the price proposition is unmatched.

Kawoosa believes that satellite internet should be seen as complementary to terrestrial internet, at least for city-based users who may have plans to work remotely.

“Among incumbents, Bharti Airtel has already made a move in that direction by investing in OneWeb. Vodafone [which is losing customers every quarter] is not in a situation right now where it can think of that possibility. Reliance Jio is always out with an open purse, so I won’t be surprised if it makes an announcement on that front,” said Kawoosa.