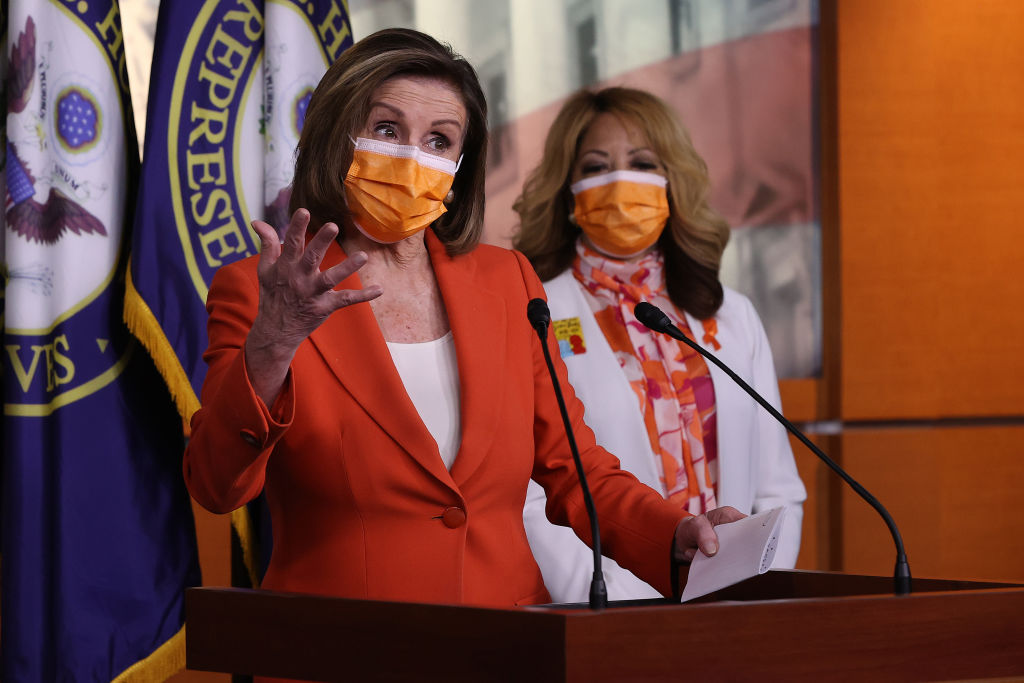 The U.S. House of Representatives passed two gun control measures on Thursday, adding requirements to the background check process in an effort to prevent approvals for those who do not actually qualify, due to posing a danger to themselves or others.

H.R. 8 is the Bipartisan Background Checks Act of 2021, which seeks to “utilize the current background checks process in the United States to ensure individuals prohibited from gun possession are not able to obtain firearms.” It is a reintroduction of the 2019 bill by House Gun Violence Prevention Task Force Chairman Mike Thompson, (D-Calif.).

A bevvy of representatives from both sides of the aisle originally co-sponsored the bill, which passed the House by a 240-190 vote in February 2019 before it was sidelined by the Senate, where it never came up for a floor vote.

This time, the bill passed the House by a 227-203 vote largely along party lines, though eight Republicans voted in favor, and one Democrat, Rep. Jared Golden (D-Me.), bucked his party to oppose it. The legislation is expected to face major challenges in the evenly split Senate.

Currently, federal law only requires background checks of federally licensed vendors. This legislation expands the requirement to unlicensed sellers at gun-show purchases, private sales and online transactions — essentially creating a universal background check requirement. The bill’s bipartisan support is largely attributed to a desire to reduce mass shootings, including those at schools.

“Joined by Democrats and Republicans, we introduce the Bipartisan Background Checks Act of 2021 to help keep guns out of the hands of those who may be a danger to themselves or others,” Thompson said in a statement.

Online sites such as Armslist have over a million ads placed for sales per year, primarily in states that do not require background checks by unlicensed sellers, according to Everytown Research & Policy. Everytown placed ads in states that do not require background checks, and found that one in nine would-be purchasers would not have passed a criminal background check. Public records (not including private mental health records) of the potential buyers included “violent felonies, domestic abuse misdemeanors, drug abuse, and active domestic violence restraining orders.”

Rep. Jamaal Bowman, (D-N.Y.) cited his 20-year background in the education system during the debate. “I thought nine years ago when Sandy Hook occurred that the country would stop, pause, and reflect — a mass shooting of our 6-year-old children, our babies. This law will begin the process of protecting our most vulnerable.”

Not everyone believes the expansions are warranted. Opponents such as the National Rifle Association’s Institute for Legislative Action (NRA-ILA) report the bill would “criminalize the private transfer of firearms” and that “universal background checks do not stop criminals.”

The NRA-ILA referenced a 2016 Bureau of Justice Statistics analysis showing 90 percent of all prisoners did not obtain firearms from a retail source. This data did not investigate online sales in the “other sources” category, for which there were few responses five years ago.

Notable exceptions to the requirement listed by the bill are transfers of estate property, valid gifts between family members, target practice at shooting ranges and temporary transfers to prevent assault or domestic abuse, such as to “prevent imminent death or great bodily harm, including harm to self, family, household members, or others.”

The second piece of legislation, which passed the House by a vote of 219-210, is H.R. 1446. It primarily addresses “default proceed” gun sales, and extends the initial waiting period from three days to 10 days, in the event of no response on a federal background check.

It is expected to face some challenges in the Senate this time around, with votes split largely along party lines. The administration of President Joseph R. Biden Jr. considers reducing gun violence a priority, and Clyburn is a considered a close ally.

“In 2019, almost 3,000 guns were sold to people with criminal records, mental illnesses and other circumstances which disqualify them,” Clyburn said.

This bill seeks to address the so-called “Charleston Loophole,” coined for allowing domestic terrorist Dylan Roof to buy a handgun he was not legally eligible for, and kill nine innocent people at a historically black church in Charleston, S.C., in 2015. The background check was delayed due to a clerical error.

Rep. Don E. Young (R-Alaska) and several other GOP leaders argued against the proposed law, saying it would negatively impact people’s Second Amendment rights. “The F.B.I. is controlled by the president, and he can say take six months, or six years for legal purchase of a weapon,” Young said. “Taking away the right to protect your home and your liberty, not just from criminals but those who would take away your rights as a government.”

However, purchasers are not required to wait longer if the criminal background check approval comes sooner — within the initial three days. According to FBI reports 89 percent of requests are processed within a matter of minutes by the National Instant Criminal Background Check System.