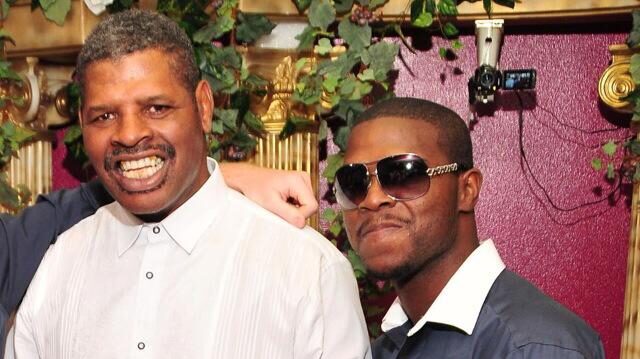 They solidified their status as the most accomplished family to ever lace up a pair of gloves.

On Feb. 5 of this year, Leon would lose his long battle with cancer — just 10 days before the anniversary of his greatest career accomplishment and 15 days before his son Cory’s 43rd birthday. Leon’s gold medal in the 1976 Olympic Games and his win over Ali, still viewed as one of the greatest upsets in boxing history, were the highlights of his career in the ring. Leon also served in the U.S. Marine Corps.

Zenger News recently spoke to Cory, who shared his father’s advice and memories of his best performances inside the ring.

Zenger News: Since your father’s passing, so many people have called the Spinks family the greatest family in boxing history. Does that sum up your family’s place in boxing history accurately?

Cory Spinks: I totally agree with that. It’s never been, and I don’t think there ever will be, three undisputed champions from the same family.

Spinks: Right! What’s crazy is my brother didn’t have the opportunity to be listed as well because his life was cut short. But me, my dad, my uncle and my other two brothers from my dad, we all won national championships. It could have easily been five of us.

Zenger: What would you say is the best advice your father gave you in life or in boxing?

Spinks: Mainly just stay focused and train hard. As time passed, Leon would end up in my camps. He had the mentality of guys back in the day (laughing). He thought me and my sparring partner were just playing around the way we were sparring. I’m like, “Dad, we can’t kill each other.” He wanted us to go that hard.

Zenger: Was he the reason you started boxing?

Spinks: Well, no. My brothers were boxing, and they used to take me to the gym when I was younger. They kind of got me into it.

Zenger: What would you say was the best training camp you had as a fighter and why?

Spinks: It’s got to be the [Ricardo] Mayorga fight, because I basically did two training camps. That’s like four or five months. There was speculation that I might fight him, so I got away and went to the Diego Corrales camp. I went to help him out when he fought [Joel] Casamayor. I went to help him out in Big Bear. I spent two and a half months there.

Zenger: Did you have that type of camp because of the uncertainty of the fight happening, or because Mayorga was viewed as such a dangerous puncher?

Spinks: Well, I wanted to get away from the environment for a fight of that magnitude. I wanted to start getting ready for it early. It was just being speculated that it would happen during the time I went away to train. We just wanted to be ready for it.

Zenger: Mayorga’s style was awkward, and he was strong. Did you feel you got the proper look in sparring to emulate his style and what he brought to the table?

Spinks: I used the camp with Corrales to get in shape, so I wouldn’t have to do so much work to get to a point where I’m ready to perform. I had one sparring [partner] for Mayorga. It was Mango Rodriguez from St. Louis. He imitated Mayorga to a T, man. He was about on the same level, because he was a middleweight, a strong middleweight from St. Louis.

Zenger: I didn’t learn this until way after your career [was over] and your wife [Christy] posted a video of you bowling. You are naturally right-handed. Why did you fight out of the southpaw stance?

Spinks: I didn’t have to learn the basics like other people. I was just naturally gifted like that. I knew how to weave and everything from that stance at a young age, so they just never touched it.

Zenger: You never switched during a fight to your natural stance either.

Spinks: I never did. The only reason I knew how to fight orthodox is because of my southpaw side.

Zenger: You had the most success at 147 pounds, but when you moved up to 160, a lot of people felt you could have gotten the nod over Jermain Taylor. I say that because Gervonta [Tank] Davis appears to be moving up to 140 to face Mario Barrios. This can be a dangerous fight for Gervonta. What do you think?

Spinks: I really like the move because it brings more excitement to boxing. But the thing is, can he handle big bodies? I think Tank is a skilled enough fighter to fight at that weight class because his skill level and his punching power can get him through. But it’s still some people at 140. I think his pal, Adrien Broner, is trying to get back down to 140. Barrios though … that’s going to be tough. I think Tank got that dawg in him though. Tank got a certain type of monster up in him that lets him overcome situations. People don’t get that. He got a certain determination that’s going to push him to win.

Zenger: Are there any other fighters out there who you enjoy watching?

Spinks: I like Teofimo [Lopez]. I like his skill level.  A lot of people think it’s just his punching power. It’s not. He has skills. I want to see all the little guys though, Devin Haney, Ryan Garcia. I like to see them fight each other. Even Errol Spence and Terence Crawford. Everybody is talking about making these fights, but at this point, they are just fantasy fights. Make them happen. Why not do it when you’re at this level and at the top of your game? Why try to prolong it? … They are already superstars.

I can’t think of the last serious fight where you didn’t know who was going to win. They need to start giving the people what they want. Even if one of them takes an L [loss], it’s not going to mean anything. He will still be right there to fight the other champions. He will still get a nod because he fought another champion.

Canelo [Alvarez] took an L, and now Canelo is moving all the way up out of his weight class. He went to 175; he’s back at 168. He was just going up and down whoopin’ these big boys, man. I don’t see how these stupid people don’t put that man No. 1 pound-for-pound.