Women Making History: Nzambi Matee – Saving The Environment One Brick At A Time 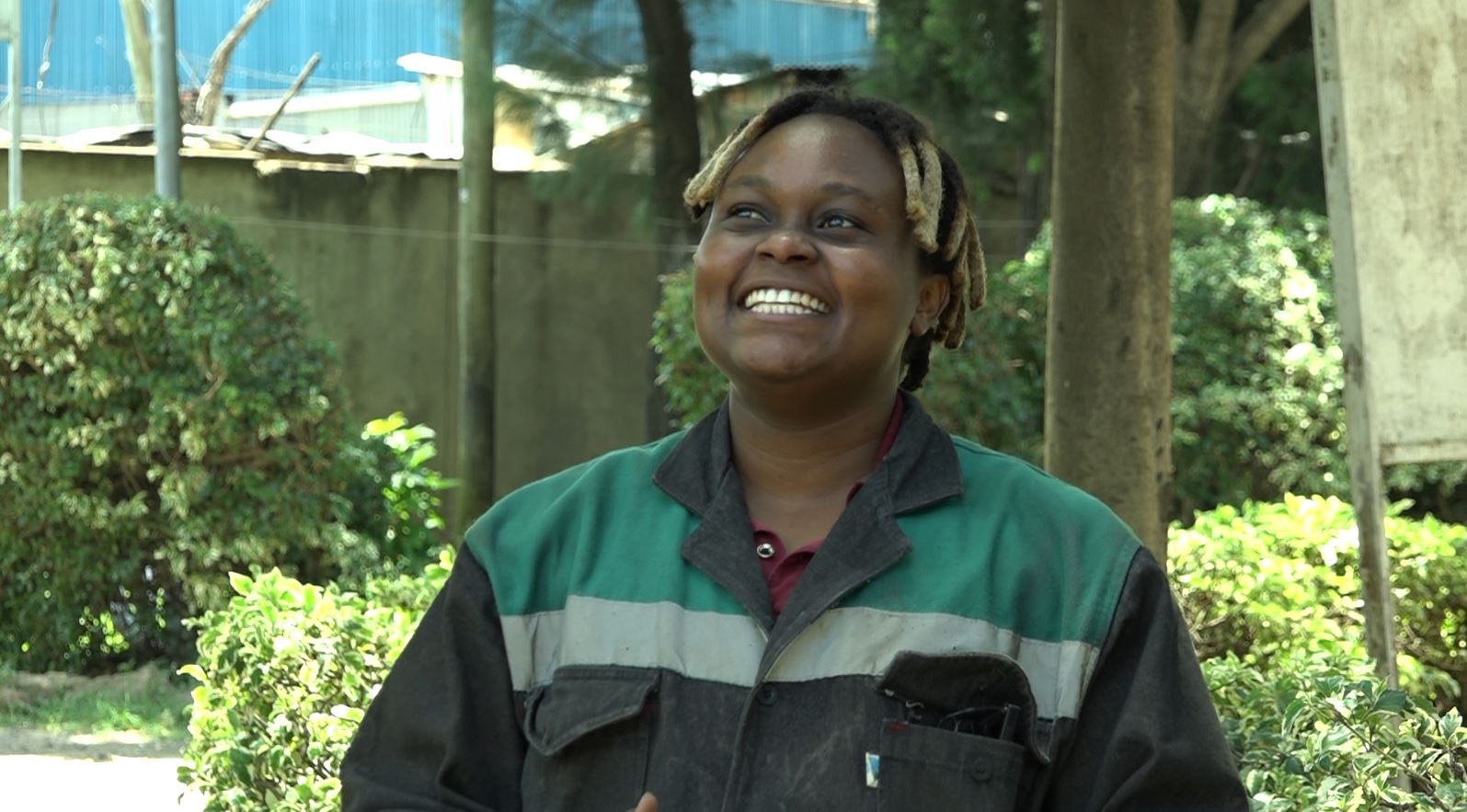 NAIROBI, Kenya — Nzambi Matee, an innovator and the founder of Gjenge Makers in Nairobi, Kenya, is helping to change the world — one brick at a time.

The 29-year-old is an innovator. She is using plastic waste to make bricks said to be more durable than concrete, an idea born in her mother’s backyard.

Matee started her company in 2017 by collecting waste, sorting it and then selling it to recyclers, but soon realized she was collecting more than they were selling. That’s when lighting struck: There was more she could do with plastic.

The following year, Gjenge Makers began getting waste materials from a network of recyclers.

“I quit my job and used my savings for this. It has been three years of hard work,” said Matee. “Our first brick was [made] in 2018, and it was not that good. So we continued with research until we found the best measurements and the right mixture. Last year was our first year in the market, and so far we are doing great.”

“Plastic waste is everywhere, and it is here to stay. What we should be asking ourselves is what can we do with it. There are many types of plastic, but what we process is high-density polyethylene. … We use party chairs, tents for greenhouses and cooking jars, just to mention a few.”

The process of making bricks requires patience, she said. After plastic waste is collected from recyclers, it is sorted, cut into smaller pieces and mixed with sand in a machine.

Exposed to a set temperature of 250 degrees, the mixture is placed on a scale and put in a machine that makes blocks. After five minutes, the blocks are removed and dipped into water to cool.

Matee’s determination to combat plastic waste led to her winning a 2020 Young Champions of the Earth award from the United Nations Environment Program.

With that acknowledgement, she was granted a platform to showcase her sustainability project to the world, in addition to mentorship and seed funding.

While sitting for this interview, her phone kept buzzing — something she said never happened until 2020.

“I know 2020 was a difficult year for everyone, but to me, it was a blessing in disguise. It is the year we started being noticed, and people ordered our bricks. We used to make 1,000 bricks per day, now it’s 1,500. We work in three shifts. Right now, my biggest problem is not demand, it is supplies. The demand has been wonderful, but it was not always so. The construction sector in Kenya is very rigid,” said Matee.

The former engineer hopes to sell her products across Africa.

“The future is bright. I hope to change people’s way of thinking. The Kenyan government should support such innovations from youths,” said Matee.

Meanwhile, her business is moving forward step by step.

The Mukuru Skills Training Centre, in a slum on the outskirts of Nairobi, bought plastic bricks from Matee last year.

“These bricks have several advantages as compared to the conventional ones. They are 30 percent cheaper,” said the center’s project manager, Francis Veto. “We are also conserving the environment. They are also a part of youth employment, which we highly advocate for.”

Gjenge Makers has created 112 job opportunities in the community.

The unemployment rate in Kenya stands at 10.4 percent, according to the most recent report by the Kenya National Bureau of Statistics.

Gjenge employee Maina Kinyanjui was jobless, despite graduating from Masinde Muliro University, until he met Matee and was offered a job.

“We work in shifts, depending on placed orders. The bricks are flexible and durable,” said Kinyanjui.

Kenya President Uhuru Kenyatta in 2019 announced a ban on single-use plastics, such as bottles, in parks. His government plans to ban the manufacturing of single-used plastics by the end of his term.

Mamo Bora, director-general at the National Environmental Management Authority, said that countries should copy Kenya’s example of putting plastic waste to good use.

“Plastic bottles are damaging our environment,” Bora said. “Let’s also not wait for the government to do everything. It’s high time people change their attitudes and act responsibly. We all have to change.”

Although Kenya has made great strides in conservation, the problem of disposable plastics remains, as it does across the world. Many countries are seeking solutions that include bans on plastic drinking straws, food containers, grocery bags and other items, in addition to single-use bottles.