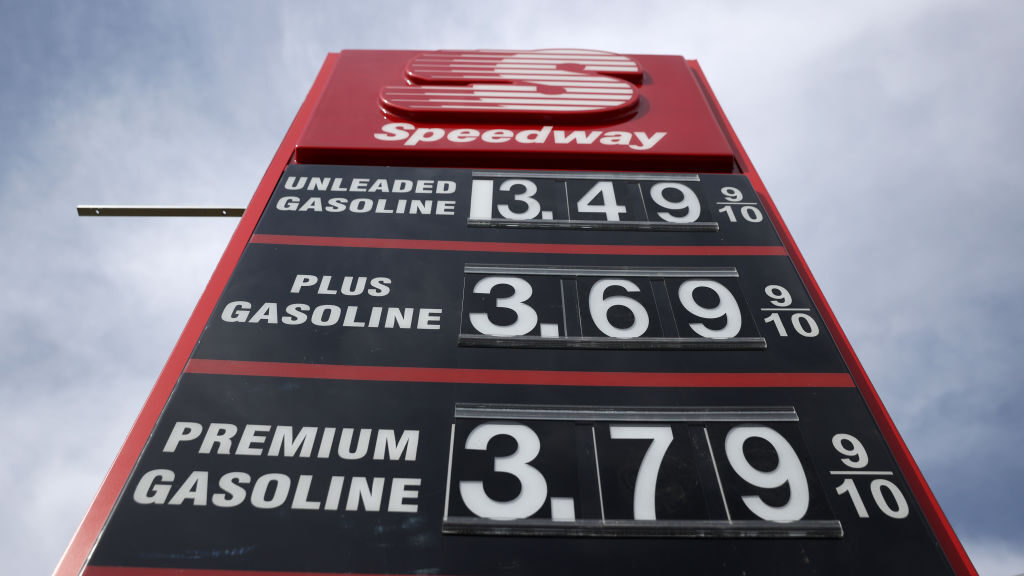 Gas prices are displayed at a Speedway gas station on March 03, 2021 in Martinez, California.(Justin Sullivan/Getty Images)

A recent decision from the OPEC and its allies to maintain production discipline, and the continued struggles of Texas refineries, combined to push gas prices close to three-year highs, analysts said.

Automobile club AAA reported a national average retail price of $2.80 for a gallon of regular unleaded gasoline as of March 9. That’s about 5 cents per gallon more than week-ago levels and brings the price at the pump close to a three-year high.

Patrick DeHaan, the senior petroleum analyst at price-watcher GasBuddy, said the February freeze in Texas is still impacting area refineries, leaving about 11 percent of the retail service stations in the state without fuel.

Oil prices account for more than half of the price at the pump. Last week, instead of allowing for more barrels on the market, OPEC and its allies said they didn’t see enough evidence of demand growth and opted to stand pat on production levels. Investors had bet on an increase in output and the surprise decision sent the price of Brent crude oil, the global benchmark, above $70 per barrel for the first time since early January 2020.

On the demand side, the Energy Information Administration, part of the Energy Department, shows the U.S. market appetite for fuels may be waning. Total petroleum products supplied, a proxy for demand, is down from year-ago levels by some 4.2 percent for the week ending Feb. 26. That lack of products, however, may be a reflection of the refineries still idled on the U.S. Gulf Coast.

Denton Cinquegrana, the chief oil analyst at the Oil Price Information Service, told Zenger News that gas prices at this level could be something of a drag on demand, though the easing of social restrictions could indicate a bit of a return to normal. Higher energy prices in general may also be an incentive to export more products rather than keep them at home.

Matthew Kohlman, an associate editorial director for clean products analysis at S&P Global Platts, said that some pressure could ease next week once more refineries return to service, which would help the scramble to make up for a supply deficit.

“It’s a knife fight between supply and demand in the gasoline market,” he told Zenger from Houston. “Both are dealing with forces outside the normal sometimes-volatile parameters.”