VIDEO: Homeless Man Sleeping On Sidewalk Found Dead Hours After Officer Checks Up On Him 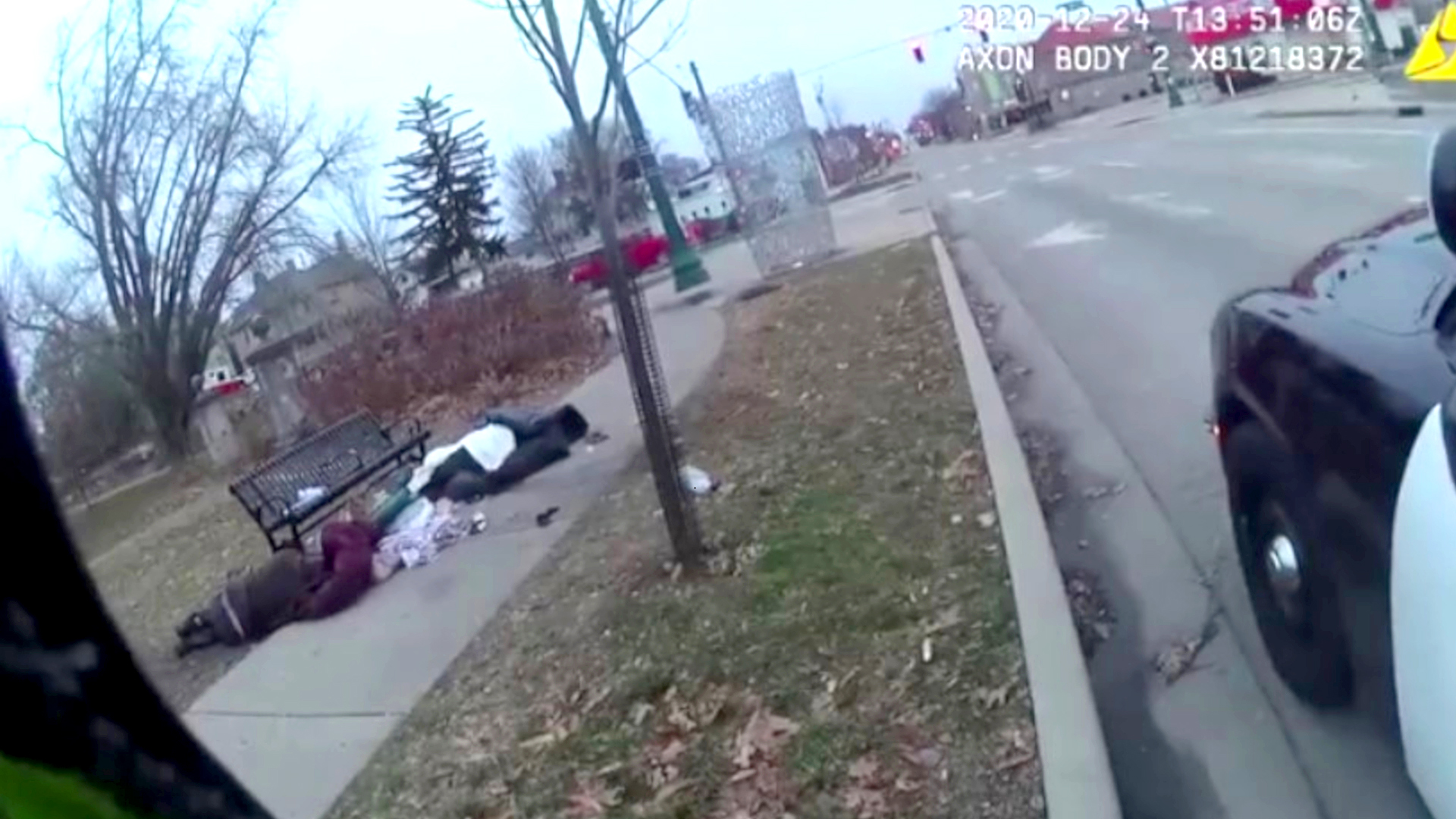 The police officer coming to check the homeless man at Seminary Park in Bloomington. (City of Bloomington Police Department/Newsflash)

BLOOMINGTON, Ind. – A recently released body camera footage of a police officer working with the Bloomington Police Department shows the officer checking up on a homeless man, hours before the latter’s death.

The homeless man, identified as 51-year-old JT Vanderburg, was found dead on a sidewalk beside a bench on Dec. 24, 2020. The footage was released on March 2.

Hours before his death, the officer inquired of Vanderburg after receiving multiple complaints from the nearby residents.

The officer’s body-worn-camera footage, from earlier in the day, shows him approaching the man and inquiring about him and the man next to him if they are okay.

The two briefly confirm that they are fine and remain sheltered under a couple of blankets, while the officer leaves the scene.

A couple of hours later, complaints were again made against the homeless, and this time as soon as the police reached, he was reported dead. 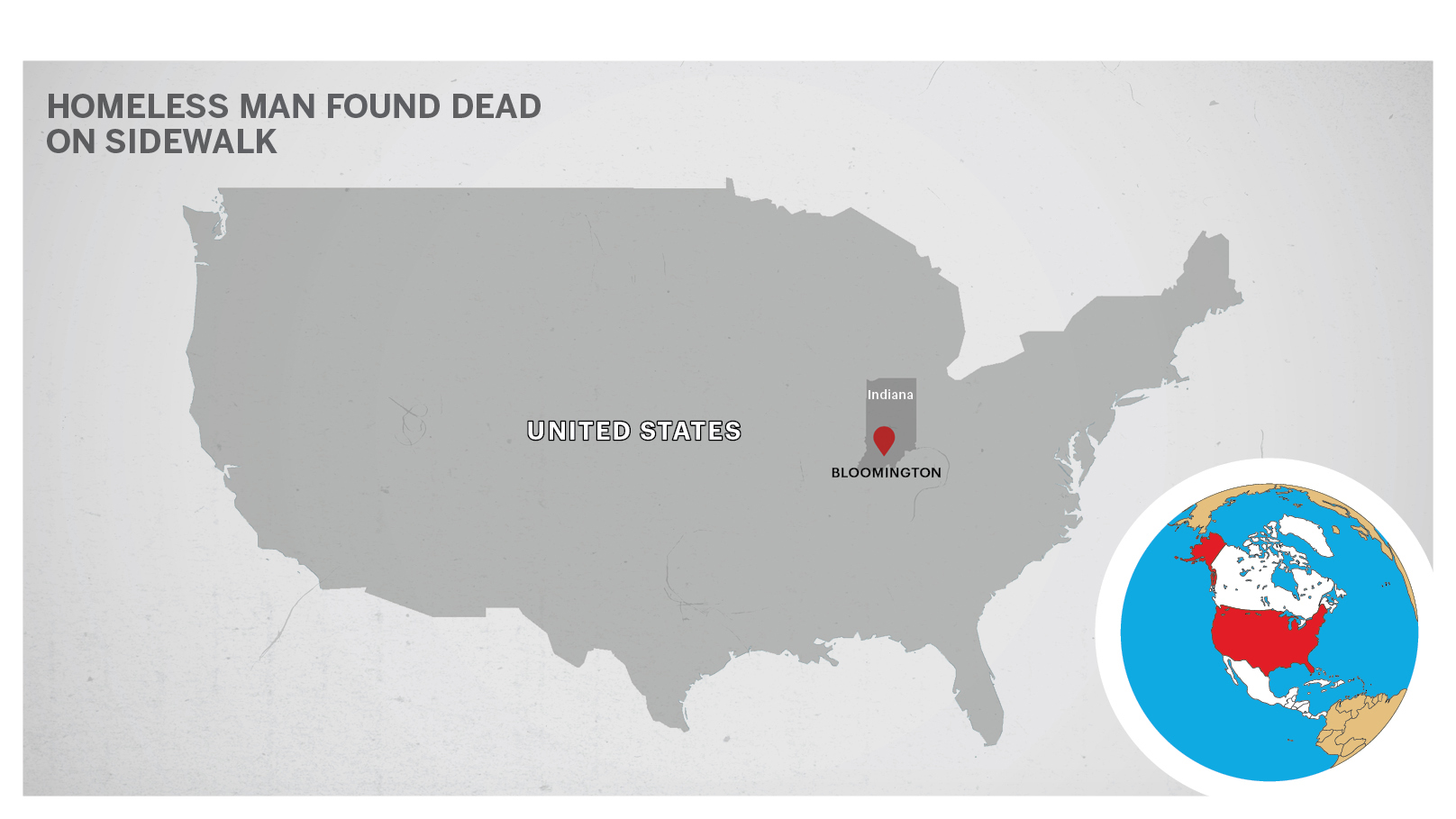 Despite multiple attempts by the Bloomington Police Department and Emergency Medical Services personnel’s efforts to revive him, they couldn’t save him. The footage shows the officer approaching and promising him any required help, however, the homeless man remains still.

The investigation is yet to reveal the cause and identity of the deceased. However, the locals believe that the 51-year-old died of freezing weather.

“The deceased man, whose identity has not been revealed, often put up a tent in the park to sleep in, but last night he had just gotten back from the alcoholism recovery center,” said EJ Hill, another homeless man in the area. “The man was out in the freezing cold and did not have enough blankets, so he most likely died of hypothermia.”

“Everybody here knows him; he was just out of recovery. He was a humble man,” said Hill.

The police stated in a press release that there were no signs of foul play or injuries to the man.

As per the data, there were about 567,715, homeless people living in the United States in 2019. While this number had been steadily decreasing since 2007, the last year saw a sudden rise in numbers. 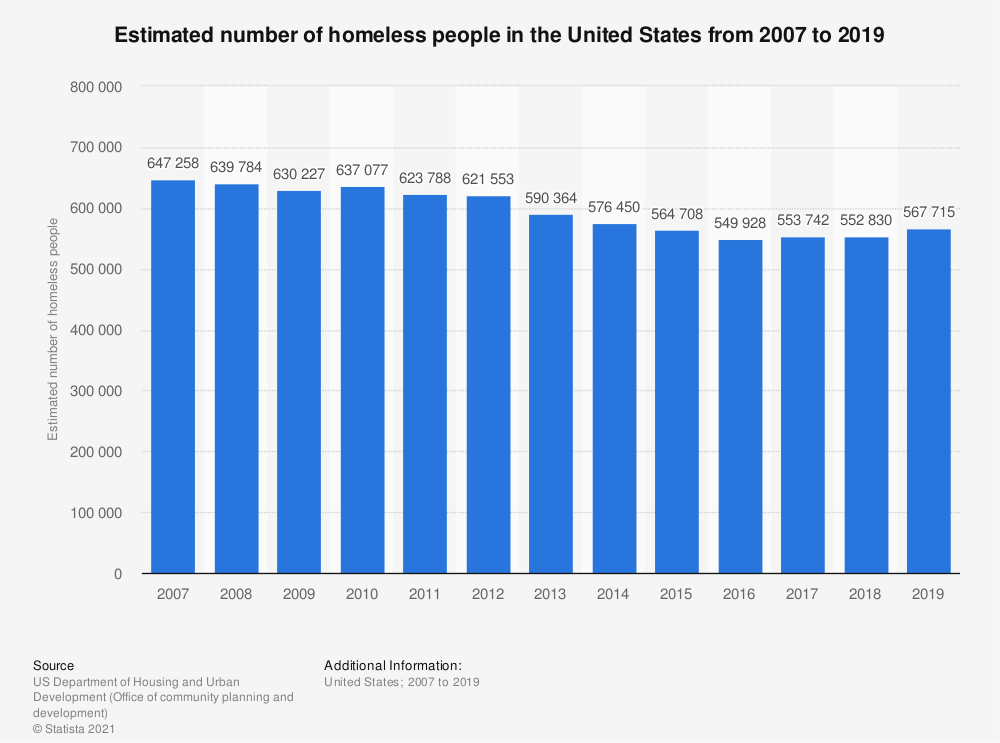 Homelessness is primarily an urban issue and more than half of the homeless population is scattered across the country’s 50 biggest cities. A quarter of them resides mostly in New York and Los Angeles.