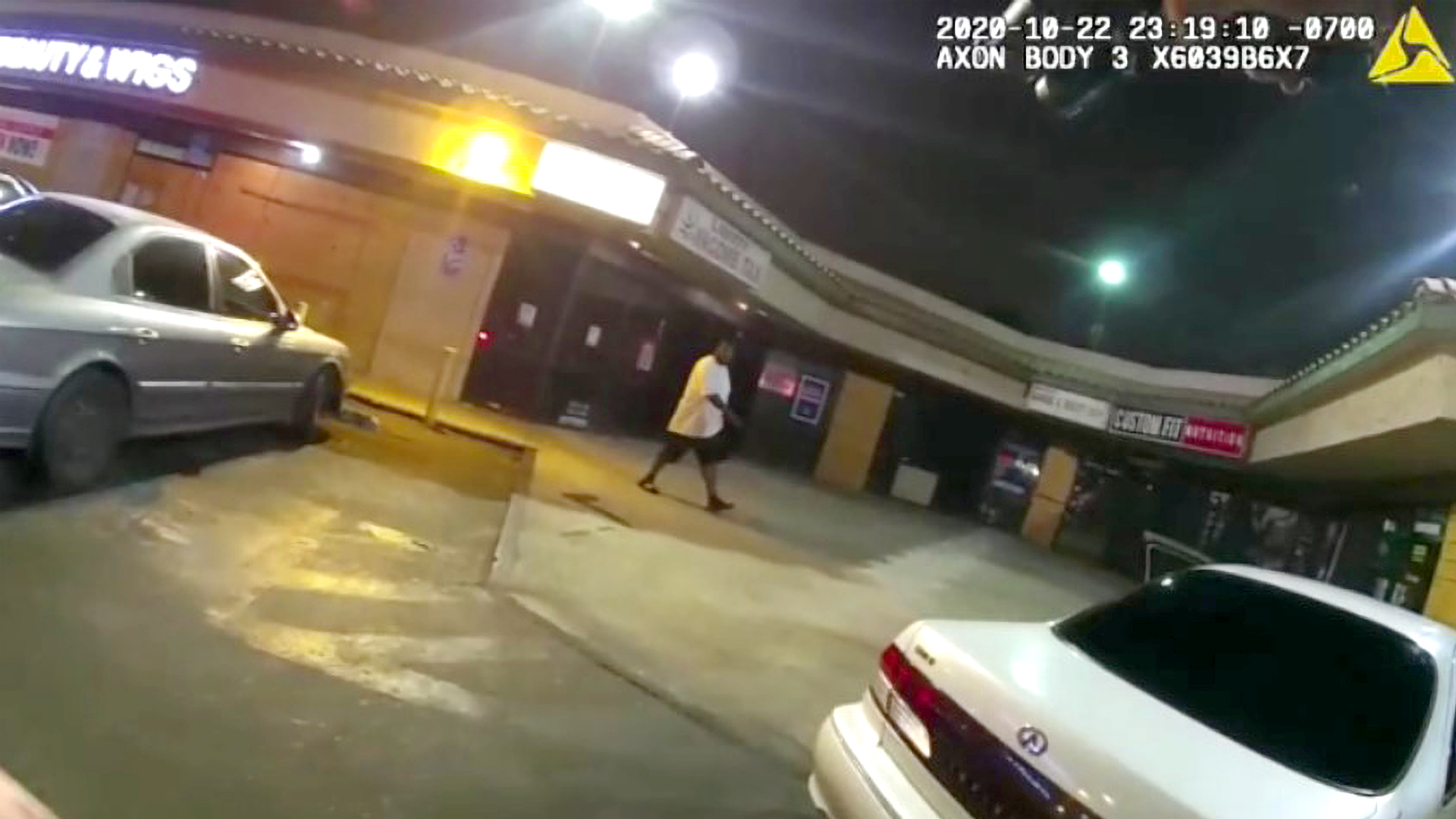 SAN BERNARDINO, Calif. – The family of an armed man, who was shot dead by a police officer at a parking lot in front of the King Tut Liquor store in San Bernardino, California, has filed a claim against the city, a precursor to a lawsuit.

The victim, identified as 35-year-old Mark Matthew Bender Jr, worked as a security guard at the store and was off duty on Oct. 22, 2020, when the incident occurred.

An officer was dispatched to the location after receiving a call reporting a “black male was acting strangely and jumping on top of parked vehicles.”

Witnesses claim the man was intoxicated and created a scene at the location. 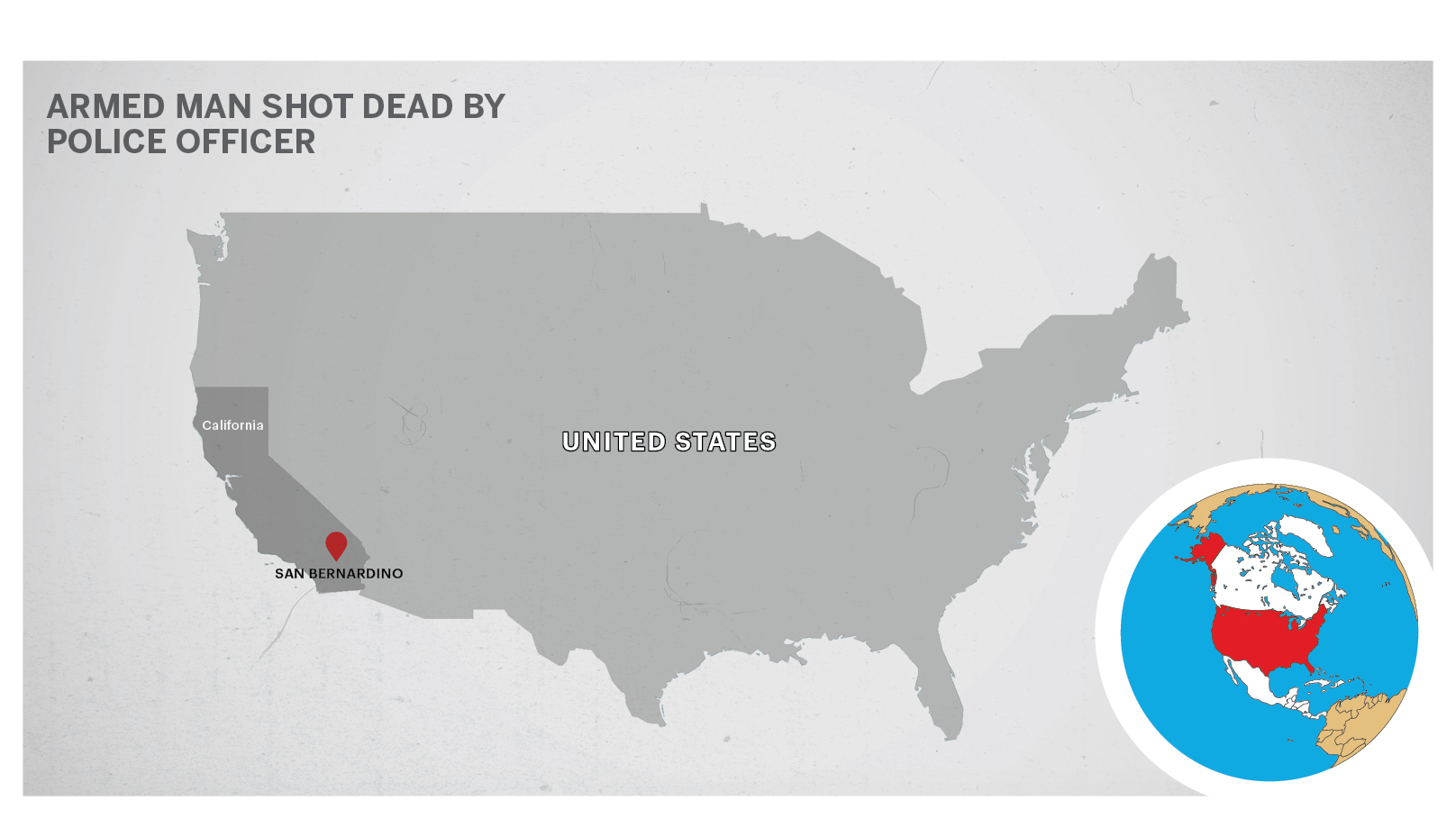 “During the scuffle, the officer felt Bender’s gun,” the police statement said.

Upon arrival, the officer encountered the suspect in front of the store and headed toward its entrance.

The officer tried to have a conversation and instructed Bender not to enter the store, but Bender refused to comply. 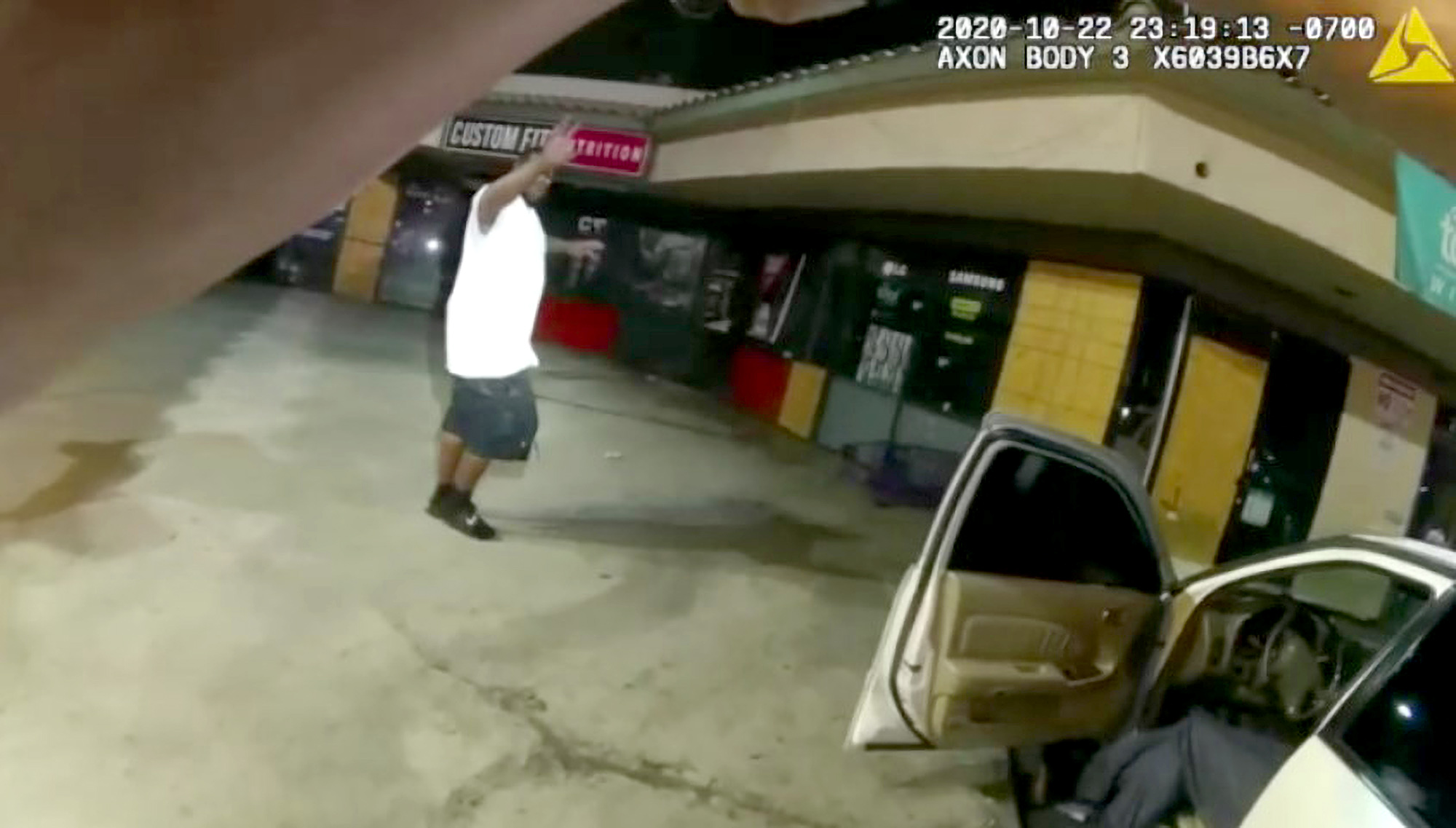 The officer then stood in Bender’s way in front of the entrance to prevent him from going in, which led to a physical altercation between the two.

Footage by a bystander shows the officer taking Bender down to the ground and trying to immobilize him by weighing on his back, but Bender, being significantly larger than the officer, overpowers him and stands up.

As Bender stood up, he reportedly grabbed his gun. The officer, who believed he was about to shoot him, fired his weapon several times, striking Bender.

“Bender was immediately transported to the hospital where he later succumbed to his injuries,” as per the police statement.

This latest incident comes amid the backdrop of the United States witnessing large protests after the incident in May 2020 when George Floyd, a black man, died after a police officer kneeled on his neck.

The death led to major protests and fueled the debate on racism as well as the ill-treatment of the black community by police. Since then, numerous cases have come to the fore alleging “systematic racism” in police departments across the country.

Bender’s gun was later collected from the scene.

“Bender had a rich criminal past, which included arrests for domestic violence, theft, possession of narcotics, felon in possession of a firearm and receiving stolen property,” said Sgt. John Echevarria of the San Bernardino Police Department.

A study by the National Association for the Advancement of Colored People states that black people make up 22 percent of the total cases of fatal shootings by police. Another study points out that though the incarceration rates of black men are dropping in the U.S., the rate at which they continue to be arrested is still high.