Madam Mayor, Murdered: Body of Woman Executed by Nationalists in 1936 Found in Spain 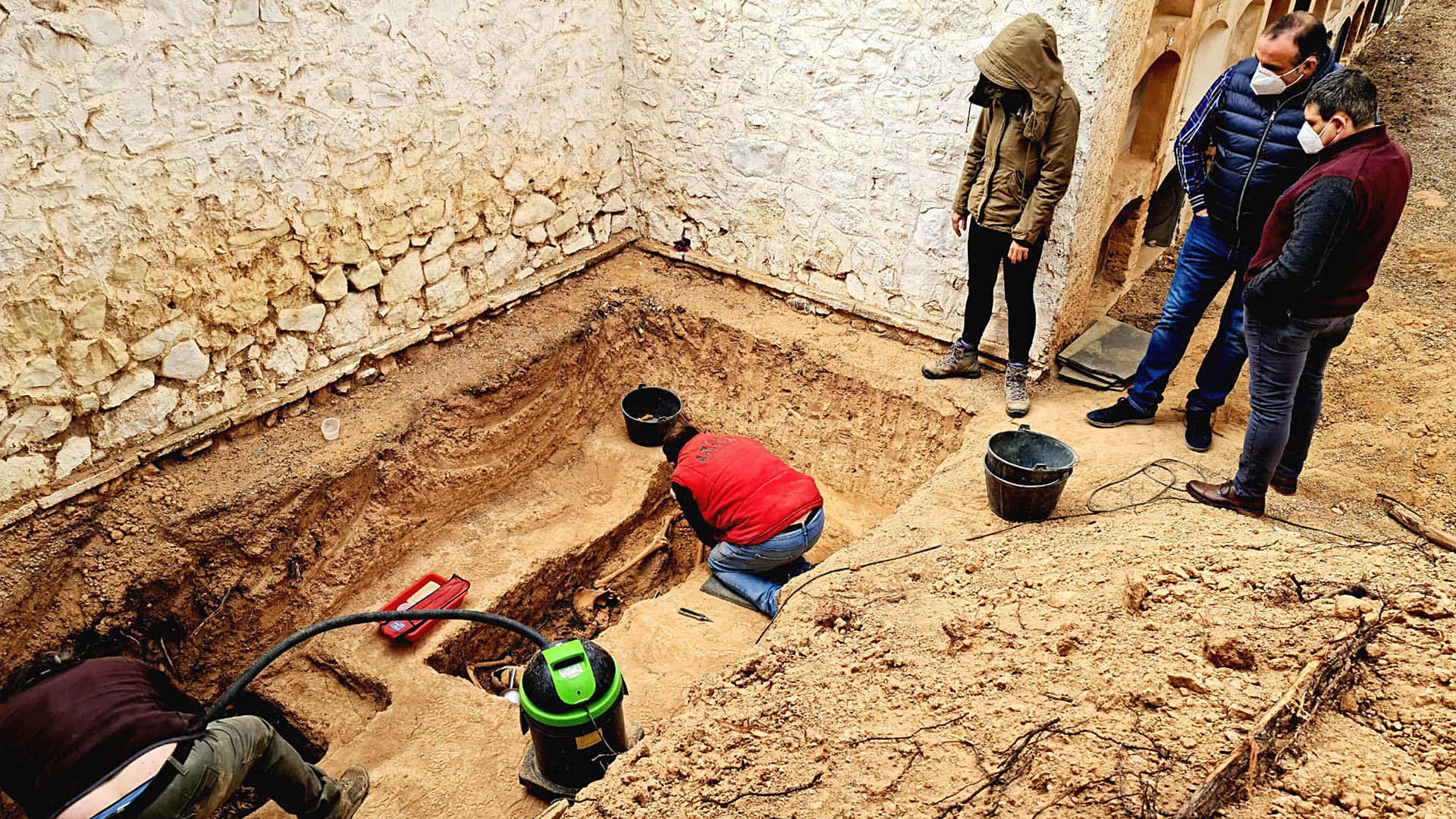 People working where the remains were found in the town of Fuendejalon. (Arico/Real Press)

FUENDEJALON, Spain — The remains of the first democratically elected female mayor of the Spanish Second Republic were discovered in the northern Spanish province of Zaragoza, Aragon.

A DNA test has confirmed the identity of Maria Dominguez Remon, who was executed by the Spanish dictator Franco’s supporters in 1936.

Remon was shot against the wall of a local cemetery and thrown into a hole during the civil war.

Her skeletal remains were found a month ago in a mass grave in a cemetery in the town of Fuendejalon. Along with the grave, personal items such as a comb, sandals and buttons were also discovered.

“Remon was an important figure in our history, as she was the first democratic female mayor, who was elected as mayor of the town of Gallur and worked from 1932 to 1933,” said Marisancho Menjon, the director-general of Cultural Heritage for the government of Aragon.

She is remembered as a republican socialist and feminist who fought her whole life for workers’ rights and gender equality and was executed during the coup d’état led by General Francisco Franco.

“She was born in the village of Pozuelo de Aragon in 1882 in a poor family. She did not go to the school, but was always willing to learn, despite her mother’s wishes, who believed that she was not socially elevated enough for education,” said Menjon. 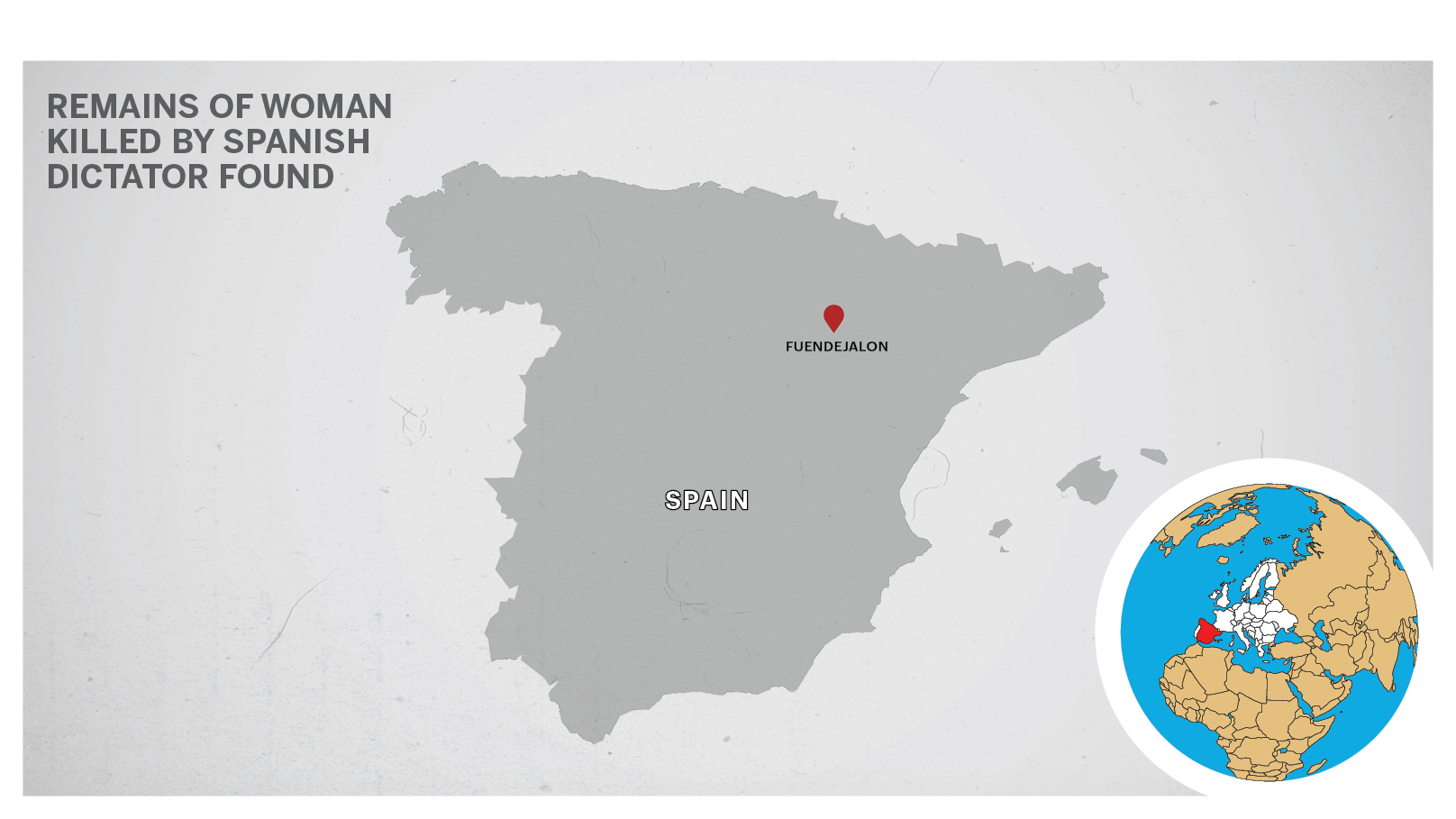 Remon was also a victim of domestic violence after she was forcefully married to a man who physically abused her.

While the broader location of her body was always known, the exact location was unclear. The Association of Relatives and Friends of the Murdered and Buried of Magallon unearthed her remains along with her personal items.

Another body was discovered with Remon’s corpse, whose identity is still under investigation. A DNA test was performed using samples from her living relatives: a great-grandson of her sister, Juan Jose Espligares, and a grandnephew, Jose Maria Lostes, 88.

“The remains of Remon will be sent back to Fuentelajon following the family’s wishes for her to be buried in a proper grave and there will be also a ceremony to pay tribute to her, but only after the end of the [coronavirus] pandemic,” said Pilar Gimeno, president at The Association of Relatives and Friends of the Murdered and Buried of Magallon.

“Remon is an important feminist, republican, socialist and trade unionist figure. She was killed because of those ideas only. Even after her death, she continues to throw light into the darkness of the era, as her ideas were very modern,” said Gimeno.

As per the organization, she is still recalled for her ideas and quotes. One of her most motivating and famous quotes is, “We the women are the children of the town, the only ones who have the right to raise our voices, because we are the ones most damaged in attacks against feminine freedom.”