How The Pandemic Pushed Mexican Media To Innovate 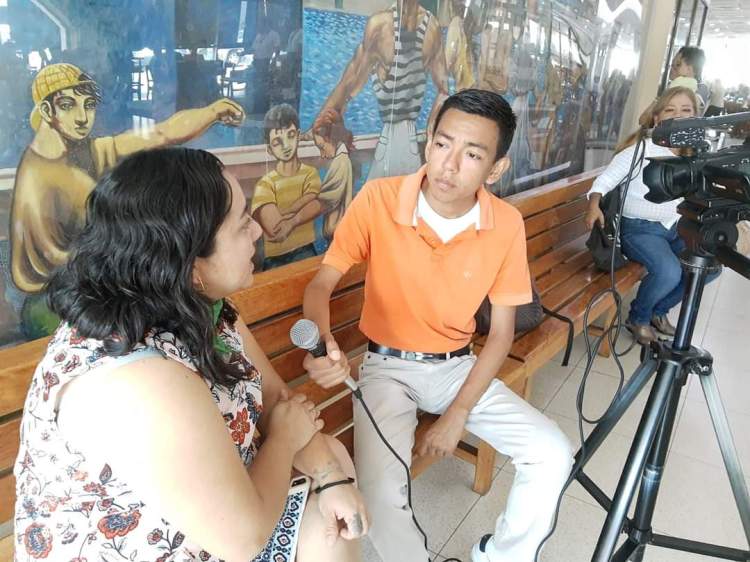 Miguel Ángel Cortés Romero, a Mexican journalist, said that he had to adapt his reporting methods throughout the global pandemic. (Christian Valera Rebolledo)

Although print and electronic media in Mexico and elsewhere suffered a severe blow from the pandemic, the crisis appears to have also accelerated the pace of innovation for both creators and consumers.

Journalists in Mexico had been struggling for years due to the lack of resources and the increased risks to their person, as Mexico has been pointed out as the most dangerous place to practice journalism outside a war zone. Once the global pandemic hit the country, the crisis unleashed at full throttle.

“COVID-19 came to shake many internal issues in terms of journalism, at least in Veracruz,” said Miguel Ángel Cortés Romero, a Mexican journalist who works for print and electronic media. “It managed to revolutionize the type of journalism we do.”

Before the pandemic, print media was already in jeopardy. “The crisis worsened the situation for them. … Having experienced a crisis for a long time due to the cost of supplies, they ended up moving to digital versions,” said Cortés Romero.

But while the health emergency buried obsolete techniques, it also made way for innovation.

“The pandemic forced us to look for alternatives to report the news, including doing data journalism, finding the stories through social media and doing phone interviews,” the journalist said.

The pandemic also affected Mexico’s electronic media. Open television is broadcasting classes, aiming to reach millions of young people who lack access to the Internet. The government launched the initiative, which includes courses and after-class programs.

The story is different for digital platforms, whose growing dominance has been reinforced by the pandemic.

Journalists who create audiovisual content experienced a boom, but had to make adjustments along the way, said Cortés Romero. “We had to go out taking all the health precautions or stay at home and find a way to create content.”

Adaptability became an essential trait. “Instead of using video, we dressed [the articles] with images coming from agencies.”

Meanwhile, on the other side of the screen, some users realized the large amount of information they had at hand and became more selective.

“Once the information about the ‘new virus’ began to flow, it spread quickly through social media, including Facebook,” said Genaro Álvarez, a 54-year-old industrial mechanic. But not everything was trustworthy. “I found articles that contradicted the official announcements. That is when I realized that I had to reflect on what I was going to read through digital media.”

However, Álvarez is grateful for the role that digital media has played in the pandemic, as they have become a safe place to endure physical distancing from friends and family.

“I cannot see my mother often because she is an old person. So, I shifted to video calls and messages on social media. She also learned how to use them,” he said.