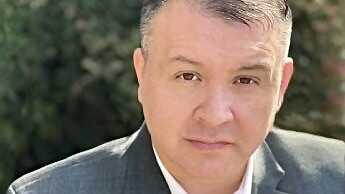 From independent producer to SVP-Head of Latinx content at Confluential Films, Joel M. Gonzales is jumping to an executive position, stepping into a new phase of producing content that makes room for underrepresented filmmakers in Hollywood.

Growing up in Watts, now known as South Central Los Angeles, Gonzales originally wanted to be an actor. However, his priorities changed when he became a father and married shortly after graduating from high school. When he was finally able to refocus on producing, he attended the Los Angeles City College Film Program, while juggling two jobs to provide for his family. That’s when Gonzales realized he wanted to be a producer.

He has worked as an independent producer through his own production company Action Faith Media for 12 years. His first work, “Followed Home,” a horror film produced for $2,000, is still available as a digital download.

“I knew it had a marketable appeal. I still collect a residual check every quarter for the film,” Gonzales said.

He is a respected advocate for Latino diversity in the entertainment industry. For the last 10 years, he has served as president of Nosotros, the oldest Latinx arts advocacy nonprofit founded by the iconic Ricardo Montalbán in 1970.

Once you realized producing was your calling, how did you break into the industry?

My first job was at Summit Entertainment as an executive assistant to the business and legal affairs executive, Trellis Hann. She took me under her wing and showed me the ins and outs of international sales and distribution. I participated in the sale and distribution of movies such as “The Blair Witch Project,” “American Pie,” and “Momento.”

From there, I moved to E! Entertainment in their rights and clearances department, working on an earlier version of E! News. At E! News, I took a position with its international distribution department. … Soon after, I began producing short films with fellow filmmakers. One of my most successful was “The Becoming,” a sci-fi thriller.

Then I moved to Paley Center For Media in Beverly Hills as an associate programming director. While there, I participated in the famous Paley TV Fest and learned about nonprofits and fundraising. I was approached in 2009 to join the board of Nosotros in hopes I could bring some of my experience to develop programs for Nosotros. Shortly after joining, I was asked to step in as president to help with the organization’s redevelopment.

Before I knew it, more people brought their unique skills in to help. That wonderful group included Fanny Veliz, Reko Moreno, Natalia Ochoa, J.M. Longoria, Mariana Anaya, Natasha Galano, dedicated young people wanting to belong to something that meant something. I spent most of my time rebuilding Nosotros and building my career as a producer, [producing] over 16 independent films and working for Sony Latin on some of its highest-ranking and award-nominated music videos. …

I don’t have any formal college education. I took every job and every opportunity, and I leveraged it forward.

How did you connect with Confluential Films?

I was asked to produce a project that Confluential partnered on with Mucho Mas Media. …

During pre-production, I got to know Tommy Oliver and Mel Jones very well. I made it a point to keep in touch with Tommy, as I was impressed with what he was able to accomplish and the goals and mandate he set for Confluential Films.

During Sundance 2020, representing Nosotros, I reconnected with Tommy and his team at the Latinx House. I put the bug in Tommy’s ear about him having a Latinx division at Confluential Films and that I would be happy to suggest writers, directors and other filmmakers.

From time to time, Confluential Films would hire me to create a budget or work with them independently. In November, I was asked to be the line producer on its next documentary for HBO, … [then Tommy] asked if I would be willing to join Confluential Films as the head of that division. …

What is the mandate for your position?

One of the main things I asked for was the ability to give opportunities to strong Latinx voices. My mandate is simple and is the one that Tommy has instilled in everyone at Confluential Films — to deliver authentic, entertaining and moving content.

How does a filmmaker submit their work for consideration?

At Confluential Films, we all work together in the development process, led by Tommy. I am taking submissions — from features, docs, to scripted and unscripted content from Latinx Filmmakers [or otherwise]. I can be emailed directly; all that I ask is that you come with your A-game and be prepared for honest feedback.

Is there a specific genre you are looking to produce?

We are open to every genre, film, television, scripted, unscripted, and documentaries. The main ingredient: the project must have something profound to say.

Do you believe Latino talent and creatives are finally being hired in parity with the African-American entertainment community?

I can only speak from my own experience.  I have often found that we, as Latinos, often put ourselves in a box. I do believe there is still work to be done. I see a lot of the networks [sometimes reluctantly] create diversity programs but often put the Latino experience as an afterthought. We do have to speak up and forcefully make sure our voices are heard. The only way we’re going to do that is by doing the work; quality work we can stand on.

I’m just someone who stayed focused on his dream.

A Life Well Traveled Leads to the Executive Suite was first published in LatinHeat Entertainment.