VIDEO: Life Is Cheep: Stunned Sparrow Brought Back From Death With Heart Massage

Firefighter's astonishing revival of a bird that flew into a glass balcony.
By Daniel Ford March 8, 2021
Facebook
Twitter
Linkedin
Email 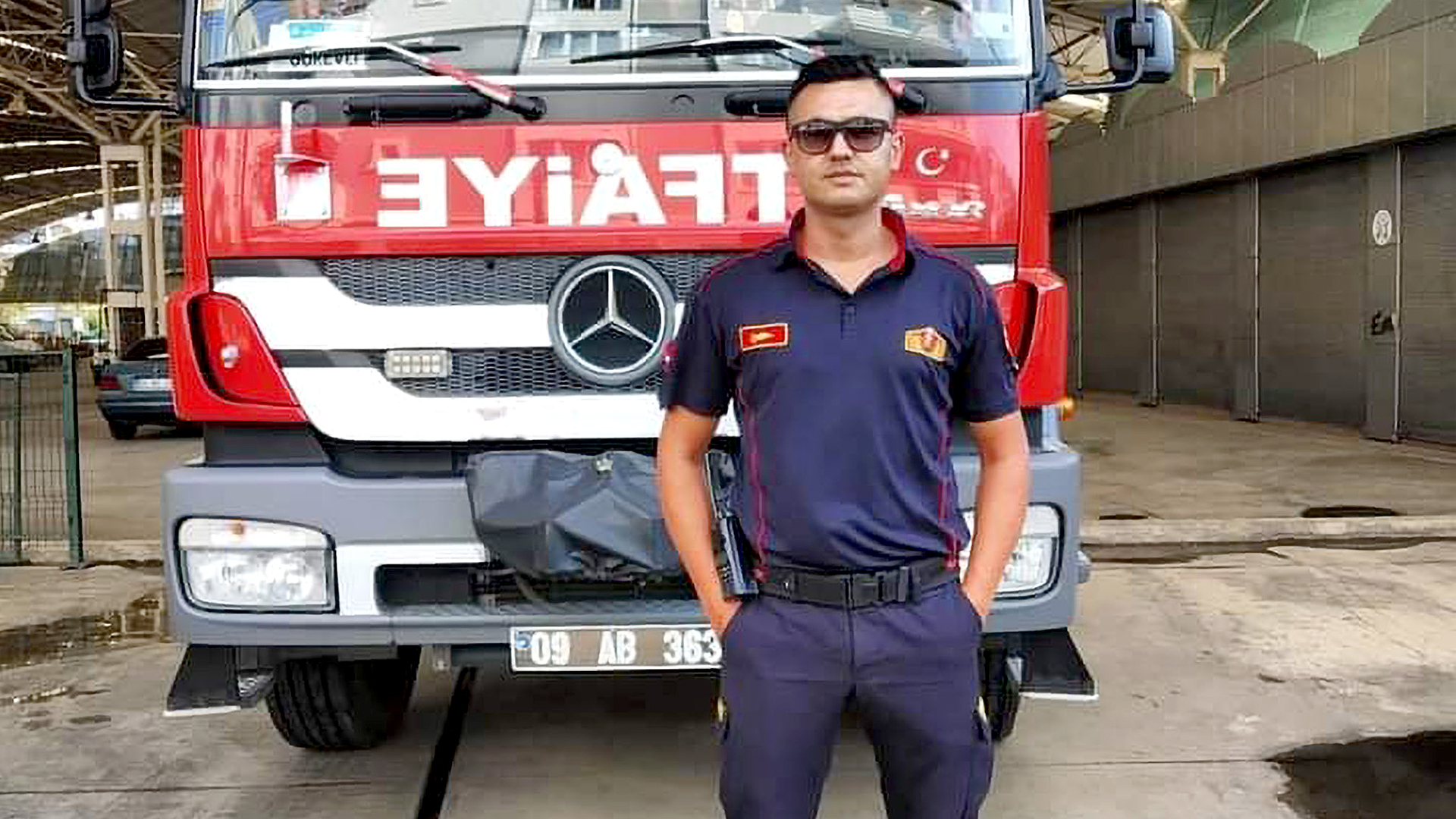 AYDIN, Turkey – A motionless sparrow was brought to life by an off-duty firefighter after it crashed into the glass of a balcony and then dropped onto the pavement in Turkey.

The incident took place in the city of Aydin in the Turkish province and the footage was widely shared on social media.

The scene cuts to the bird standing up, gathering its bearings, and enjoying a friendly stroke from the firefighter who saved its life.

“I am 32 years old, working as a firefighter in Aydin, Turkey,” said Murat Sivrioglu. “I love my job. We encounter such situations very often. While I was on my way to the market, I saw the sparrow lying still on the road.”

The clip ends with the sparrow running into the shade under a parked car, apparently fully revived.

“I thought I could help it if I would give it a heart massage with my fingers. The more I massaged, the faster it recovered. Then it just flew away. The sparrow was looking better. I felt definitely proud of myself and was happy for the bird.”

Aydin City is located in Turkey’s Aegean Region in the lower valley of the Buyuk Menderes River, extending from the uplands of the valley down to the coast.

The city is located at the heart of the lower valley of Büyük Menderes River (ancient Meander River) at a commanding position for the region extending from the uplands of the valley down to the seacoast. Its population was 207,554 in 2014. 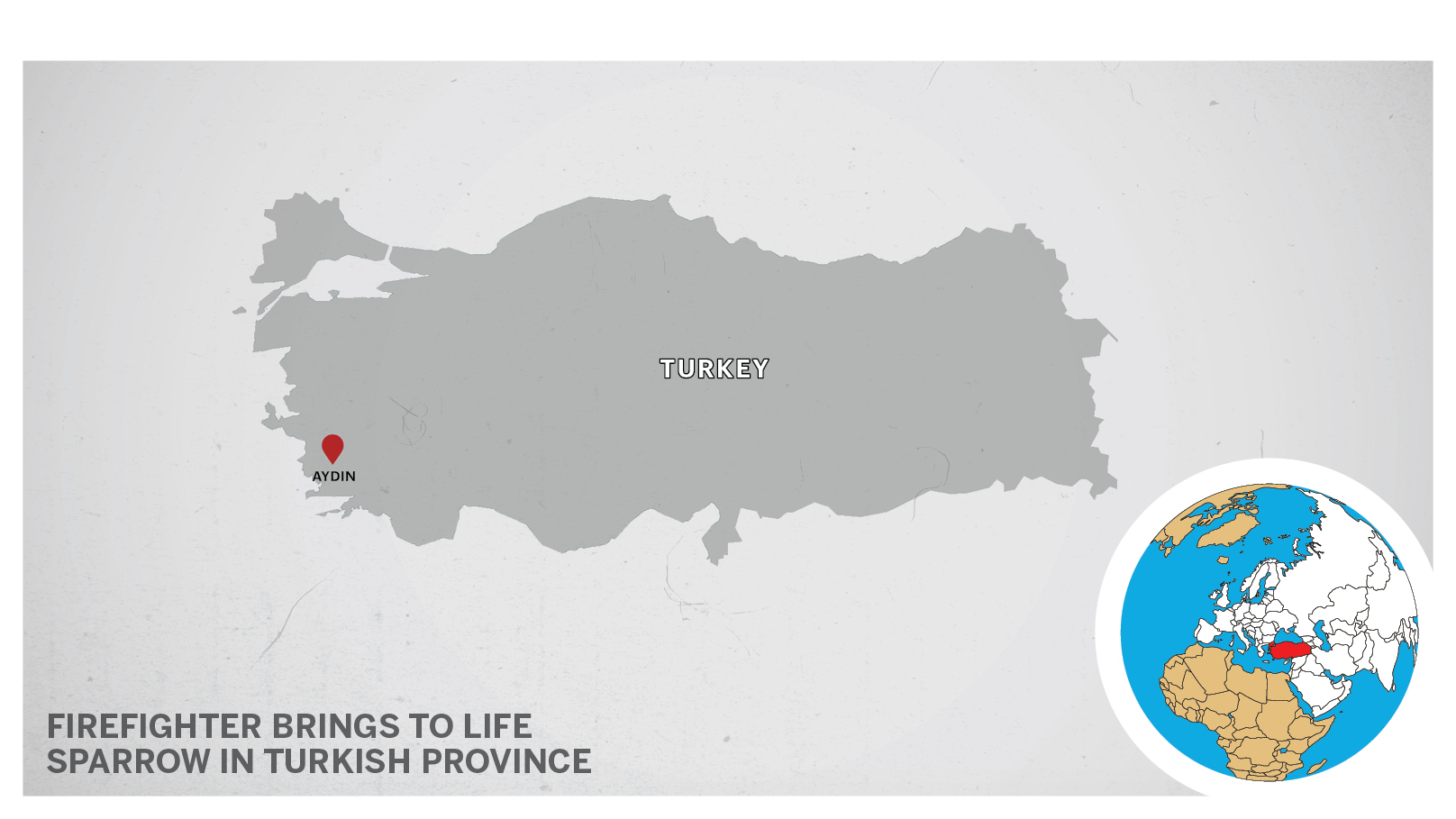 The region is famous for its fertility and productivity since ancient times. Figs remain the province’s best-known crop, although other agricultural products are also grown intensively and the city has some light industry.

The Aydin city center is still relatively small but growing, centered on one palm-lined avenue of shops and cafes, and a maze of narrow side streets, dotted with orange trees. The people are more family-oriented, so there is little nightlife, or cultural amenities for young people, although a new university might change things.

There are a number of mosques, high schools, dersane (private courses’ students take for university entrance exams) and other public buildings. Like all Turkish cities, Aydin is now spreading as the middle-classes are leaving their flats in the city for smarter apartments or houses slightly out of town.