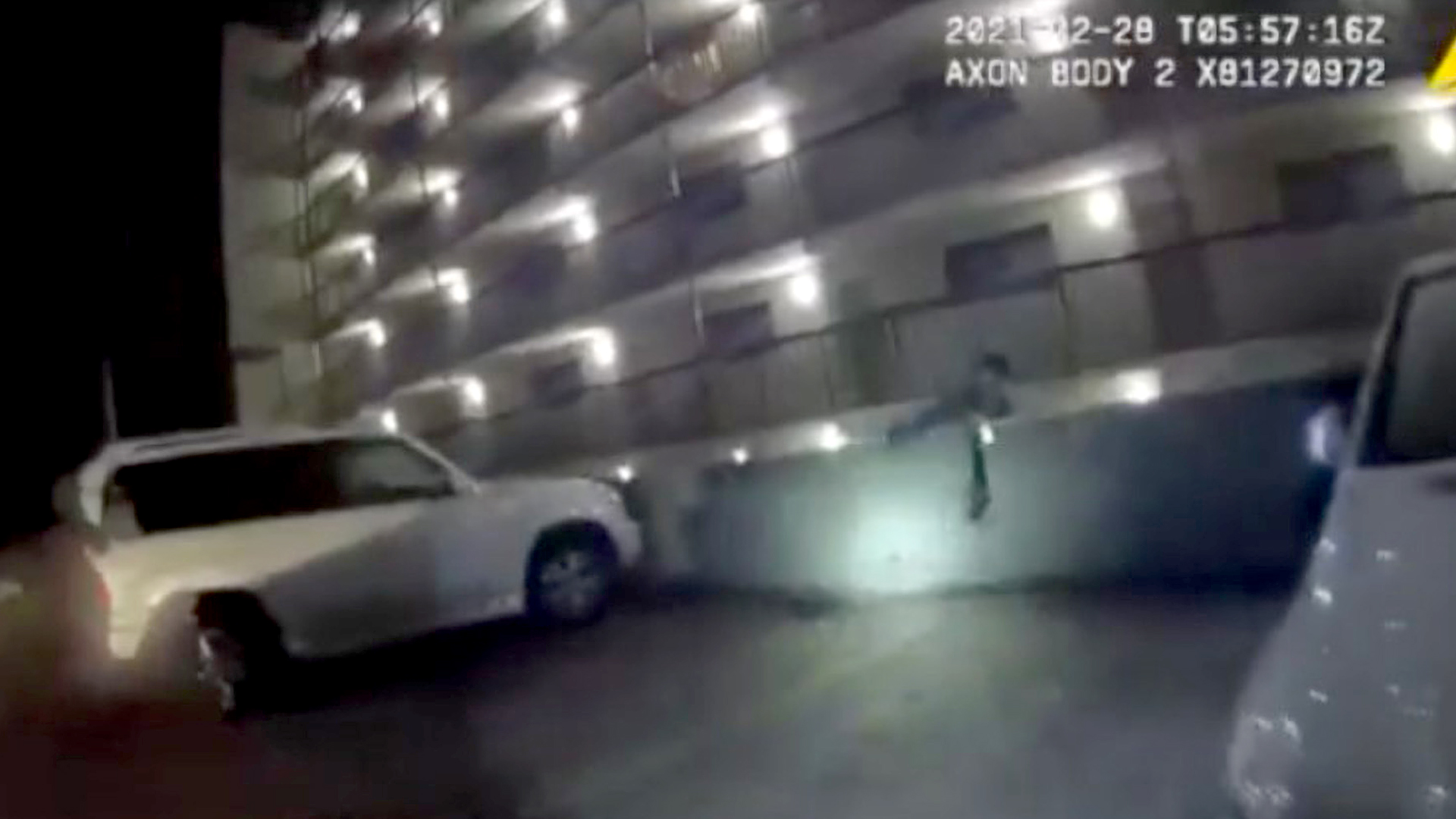 Wrightsville Beach Police rescued a woman from falling from the barrier wall. (WrightsvilleBeachPD/Clipzilla)

WRIGHTSVILLE, USA – A police officer saved the life of a distressed woman who was hanging from a 12-meter-high wall (39.4 feet) and was just about to fall down.

The incident took place at the Shell Island Resort in the town of Wrightsville Beach, North Carolina, shortly around 1 AM on Feb. 28.

The woman was reported for suspicious behavior by a security guard at a nearby resort. The police reached the venue on being reported about the lady and tried to analyze the situation.

As the police officer, Sgt. Rich, approached the woman, she suddenly climbed over the wall and hung 12 meters above the ground below. The woman would have been seriously injured had the officer not stepped in to grab her.

“As Sgt. Rich grabbed the woman by the arms, she could no longer maintain her grip. The swift thinking of the officer potentially saved the life of the lady,” Wrightsville Beach Police Department said in a statement.

Officer Rich, who was the first one to arrive on the scene, realized the woman was in great danger of losing her grip and falling down, so he quickly grabbed her hand.

The officer held on to her for quite some time alone. Sensing some emergency, he was joined by the Shell Island Security Guard B. Price and another officer, identified as J. Deal and the three of them managed to pull the woman back over the ledge. The woman was hanging over the ledge for quite some time and was requesting the officers to help her.

The woman, whose name has not been disclosed, was then taken to the New Hanover Regional Medical Centre for a check-up. The current condition of the woman is yet to be made public by the police department. 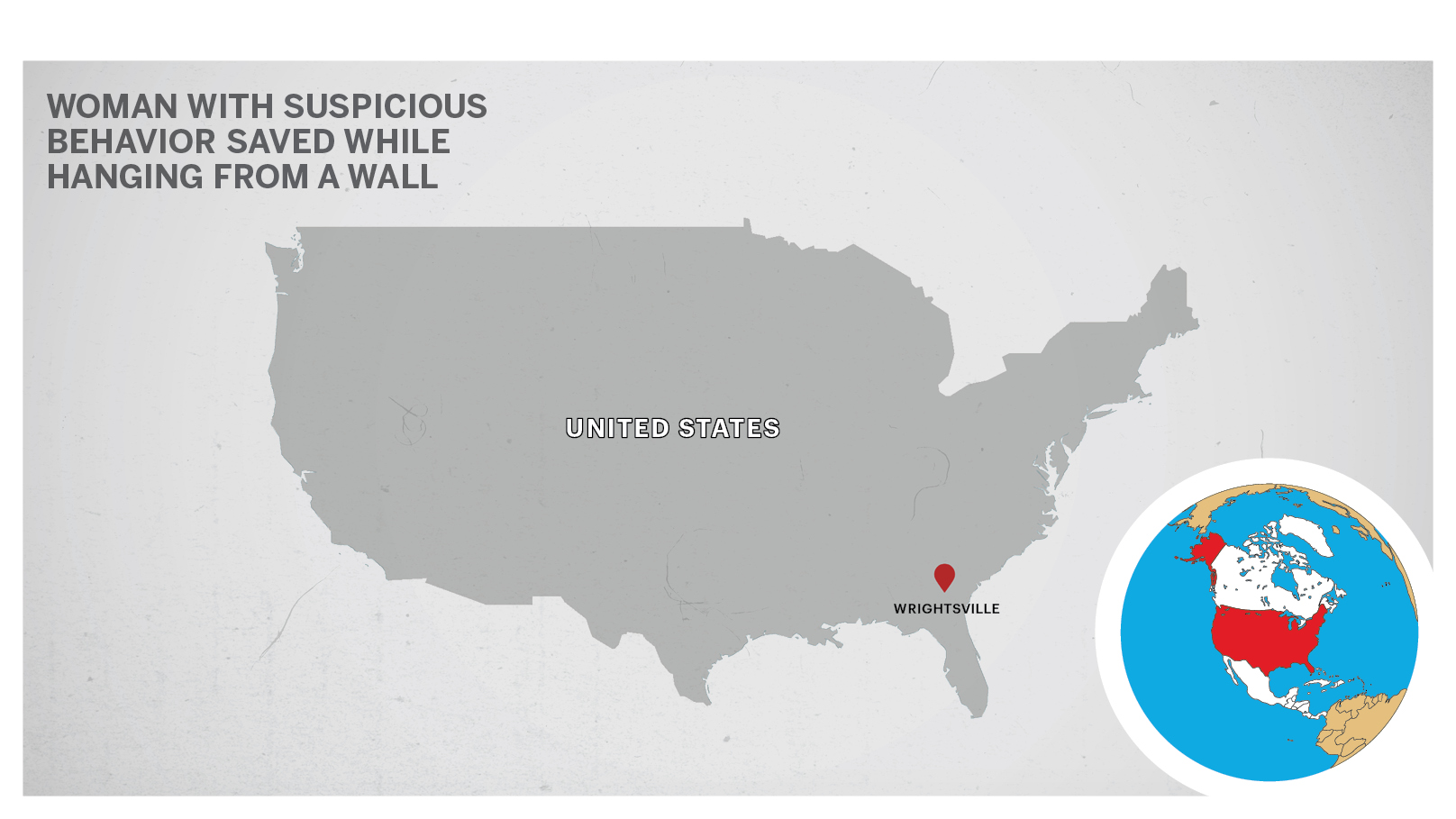 The Police Department commended everyone involved in saving the woman’s life.

“We appreciate the good work of the security team at Shell Island Resort, and we certainly appreciate the work of all three involved to save a life,” the police department said. 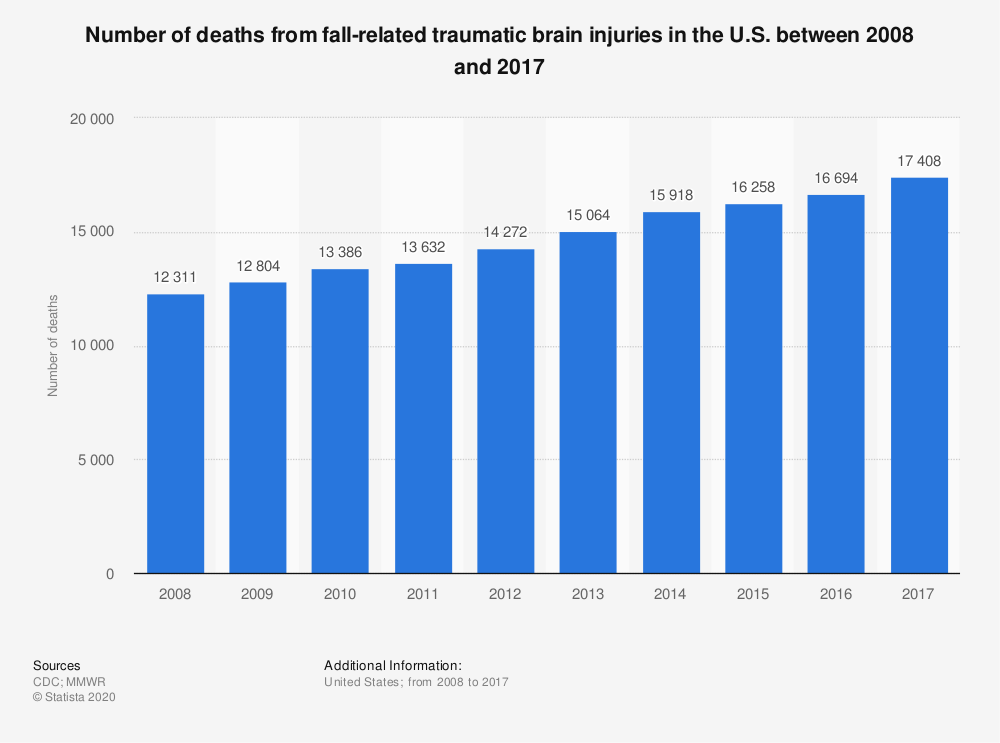