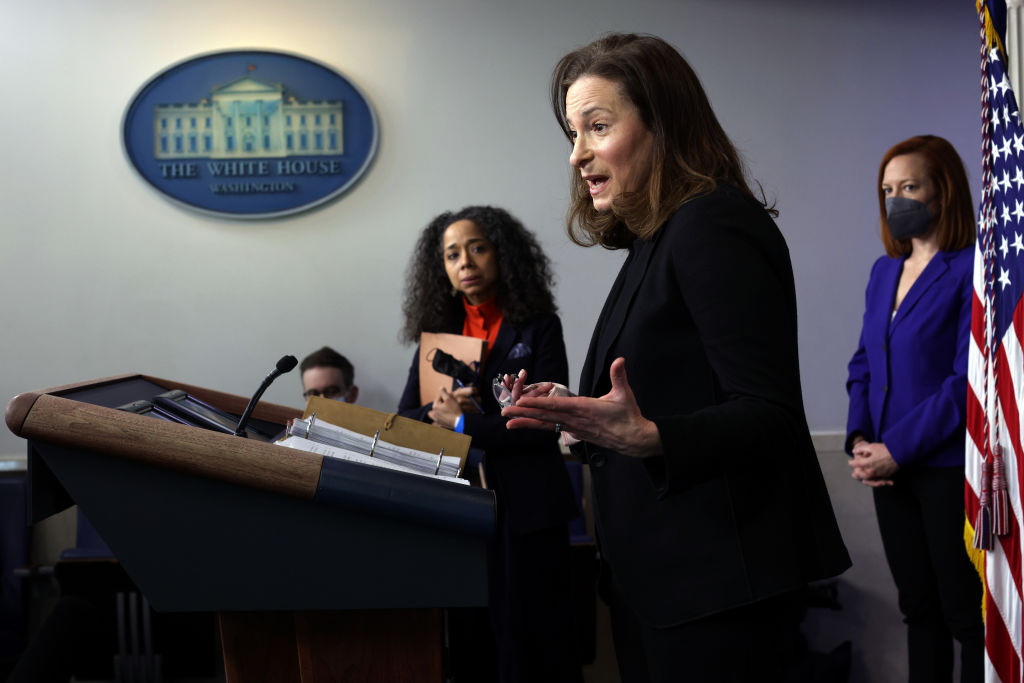 The president signed an executive order on Monday to “establish a government-wide focus on uplifting the rights of women and girls in the United States and around the world.”

The council will task all government agencies to consider the gender implications of new policies and legislation and work across government to uplift the rights of women and girls worldwide. The Biden administration called the mission “a matter of human rights, justice and fairness” and aims to restore the U.S. as a world model for gender equity and equality.

Biden signed the order on International Women’s Day, which was first celebrated on March 8, 1911. The global holiday calls for action toward gender equality and celebrates the cultural, political, social and economic successes of women. This year’s theme is #ChooseToChallenge.

An annual report released by U.N. Secretary General again found that women are underrepresented in public life and government, including in the U.S., which elected its first female vice president last year. At the current rate, it will take another 130 years to achieve gender equality among heads of government, according to the report.

Biden has already shown a commitment to gender equality within the federal government by appointing a record number of diverse women to serve in Cabinet-level roles and senior-level positions.

His order also comes amid the COVID-19 pandemic, which exacerbated and highlighted the challenges women in the U.S. face. Women, particularly those of color, have taken on additional care responsibilities, been laid off or left the workforce at a disproportionate rate compared to men during the health crisis.

“Around the world, we are seeing decades of women’s economic gains erased by this pandemic,” Biden stated.

The council will be accountable by producing an annual report to measure progress on the strategy. Working with national, state and local governments, members of the council will also work with nonprofit and community-based organizations, foreign officials, Tribal Nations and multilateral organizations. Jennifer Klein and Chief of Staff to the First Lady Julissa Reynoso will serve as co-chairs. Klein will serve as executive director.

Among the issues the council will address are systemic bias and discrimination, the wage gap, the needs of caregivers and care workers (who are often women and disproportionately low-paid women of color), structural barriers to full participation by women in the work force, gender-based violence, access to full healthcare and equal opportunity for education and leadership.

“In our nation, as in all nations, women have fought for justice, shattered barriers, built and sustained economies, carried communities through times of crisis and served with dignity and resolve. Too often, they have done so while being denied the freedom, full participation and equal opportunity all women are due,” Biden said. “Their contributions have been downplayed. Their stories have been neglected.”

The president signed a second executive order calling on the Department of Education to reevaluate its existing regulations, policies, guidance and orders to ensure they are consistent and work to provide education for children free from sexual violence.

Committing to gender equity and equality “will lead to a better, more secure and more prosperous world for us all,” according to Biden.

“On International Women’s Day, let us recommit to the principle that our nation, and the world, is at its best when the possibilities for all of our women and girls are limitless,” he said.