Police Violence Against Women In Zimbabwe Increases With Impunity During Pandemic 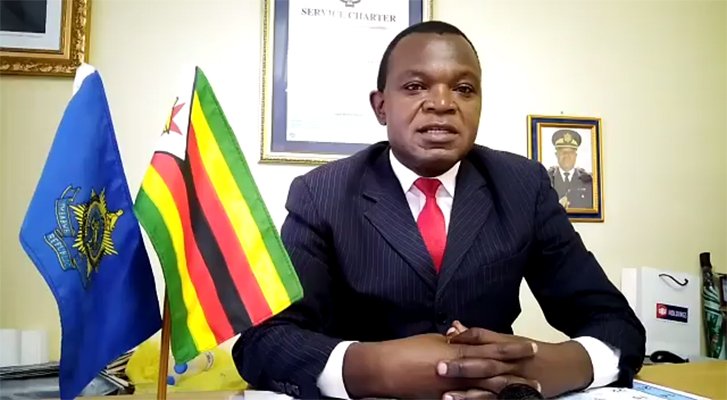 Amid increasing reports of violence against women in Zimbabwe during the pandemic, three women are coming forward to tell of their beatings at the hands of police.

While the women were sitting on the verandah at one of their homes, police showed up and beat them before following them into the house to beat them some more, one of the victims told Zenger News.

Naomi Burayimu, 42, suffered a broken hand. Sabina Jiri, 50, and Eunice Muchenje, 52, were beaten on their backs, chests, feet and buttocks, and are still dealing with their injuries.

Burayimu, a street vendor, and her two colleagues said they were assaulted by members of the Zimbabwe Republic Police at Jiri’s home in Lion’s Den after voting in the ruling party’s by-elections in Makonde District, Mashonaland West Province, on Dec. 28. They were told to return to the voting station later, after technical issues were resolved.

“We had come back to Sabina’s at around 1 or 2 p.m. While we were sitting on the verandah of Sabina’s house, waiting for the presiding elections officer to take us back to the polling station, we saw a lot of police arrive,” Burayimu told Zenger News.

They assumed the police had arrived for food, as Jiri would often cook for them during by-elections. But they were shocked to find themselves being questioned about why they were sitting on the verandah. After the women explained, “the police responded to that by immediately proceeding to enter the yard and beat us, barking orders for us to get back inside house,” according to Burayimu.

“They even followed us inside, still beating us,” she said.

After some time, some of the more than 10 officers present stopped beating Jiri, Burayimu and Muchenje and started indiscriminately attacking other people in the area.

Womankind, a U.S.-based nonprofit, has received reports from its partners in Zimbabwe and two other countries “about violence against women by law enforcement officers and other state and community officials as they enforce social distancing measures.”

“This use of excessive force by security forces is common in these contexts at times of crisis, and women often experience high levels of violence at the hands of state officials, including arbitrary detentions, with perpetrators acting with impunity,” the organization said.

Police report to no avail

The women called for assistance to get to the nearby Murereka police station to file a report against the officers that they could use to get treated at a clinic. Instead, they said, they were chased away by the officer in charge.

As they were returning to Jiri’s house, some of the officers who had beaten them earlier, followed them and threatened to beat them again if they left the house, the women said. The officers then left.

But as their pain increased, Jiri, Burayimu and Muchenje were taken to a nearby clinic by some people who offered to help. They said they received limited treatment due to a shortage of medical supplies and were forced to return to Jiri’s house in pain.

The women then called to seek assistance from the ruling party’s District Coordinating Committee front-runner and Member of Parliament Kindness Paradza, who was in Chinhoyi, the province’s capital. After Paradza arrived and the women told him what had happened, he accompanied them to the police station and convinced officers to allow them to make their report so that they could get treatment at a government hospital.

While making their police report, however, the three women were arrested by the same officer who had initially chased them.

The charge? An assault on the police station two days earlier that the women knew nothing about. At that point, the women said, Paradza stopped assisting them, even though they had helped him in his by-election.

“We were released later, on Dec. 31, paying a bail of equivalent of $115 each at the provincial Magistrates Court,” Burayimu said.

Since being bailed out, Jiri, Burayimu and Muchenje were called for court appearances in January and February, with their next appearance set for March 13. The court appearances have been financially taxing for all three women, who earn very low wages as street vendors.

Police “unaware” of attacks on women

National police spokesperson Assistant Commissioner Paul Nyathi said he was not aware of the assaults on the three women.

“I would request that those women come forward so that we can investigate,” Nyathi said.

He denied systemic abuse by police against civilians during enforcement of the COVID-19 lockdown.

“If anyone has got specific concerns in terms of the enforcement of COVID-19 regulations, let’s have those specific concerns highlighted, not to generalize to say police have been violent during COVID-19,” Nyathi said. “To be honest, that is totally not correct.”

“Violence in general has been on the rise against citizens,” said Musa Kika, executive director of the Zimbabwe Human Rights NGO Forum. “The police are the major culprits. The army is also involved now and again.”

Research by the Women’s Academy for Leadership and Political Excellence shows a surge in gender-based violence against women since periodic pandemic restrictions began. A report by the organization states that 985 cases of human rights violations against women have been recorded since the first case of COVID-19 was reported in Zimbabwe in March 2020.

“As we approached the third week of the COVID lockdown in April 2020, there were already incidences of a systematic state security crackdown targeting women,” including abductions, unlawful arrests, torture, sexual assault and beatings,” said Batanayi Gwangwawa, programs manager for the Women’s Academy for Leadership and Political Excellence.

“When it comes to state abuse, that has a lot to do with the government taking advantage of the situation and then trying to shrink the democratic space because they always wanted to do it. And, this just happened to be an opportune time to do it.”