Chimichangas Are A Cultural Bridge At U.S.-Mexico Border

Such deep-fried burritos reflect the influences of the two cultures. 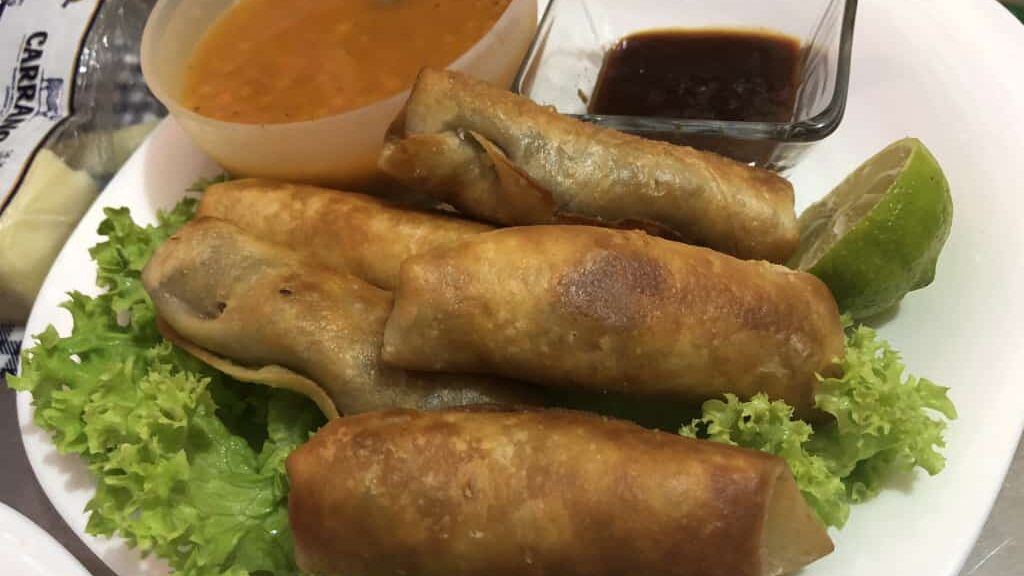 Chimichangas are one of the many expressions of the border culture. People from both sides of the border take pride in these deep-fried snacks. (Christian Valera Rebolledo/Café Words)

The U.S.-Mexico border has a unique identity, born from the confrontation and fusion of two cultures, including a variety of food dishes.

The cuisine of Northern Mexico has distinctive dishes such as carne asada and cabrito, while the gastronomy of the Southwestern U.S. includes chili and burritos. Plates on both sides of the border have a history of transformations triggered by cultural intermingling.

Chimichangas are tasty testimonies of this process.

Made from flour tortillas, chimichangas are popular in the Mexican states of Sinaloa, Sonora and Chihuahua. They are also ubiquitous in the southwestern United States. Many people consider them a bridge between cultures, despite the arguments of which side of the border has the best recipe.

“Chimichangas are not rocket science, but one does have to know how to prepare them,” said Fernando Torres Ramos, a chef and a bachelor of gastronomy from the Mexican University. “They are flour tortillas filled with shredded or marinated meat, beans, cheese, rice or shredded chicken.”

Some people describe them as deep-fried burritos. Size and presentation vary from place to place.

Legend has it that chimichangas were born as a botched dish in the kitchen of an Arizona restaurant. True or not, every state along the border has created variations.

“They have a particular flavor. Although I find them similar to tacos, tortillas are wrapped and fried in butter in chimichangas,” said Sofía Molina, originally from Culiacán, Sinaloa. “They are a delight. However, I understand that many people do not crave them, but it is because they were not born in the area.”

Sonorenses — people from the Mexican state of Sonora — stuff their chimichangas with shredded beef, tomato and green peppers, or beans. When serving, they add mayonnaise and a chiltepin salsa bathing the chimichanga. Manchego cheese, guacamole with onion, cilantro with lime and lettuce are popular garnishes, and they complement the flavor.

But chimichangas can be filled with just about anything. Some cooks stuff them with pork in the cochinita pibil style, traditional to Mexico’s southeastern states.

Interested in making your own chimichanga? Chef Ramos shares his preparation method:

“Spread out the tortilla. Fill it with the stew, which is a personal choice. The next step is to fold the tortilla on four sides, in such a way that it visually resembles a tamale.”

After frying the chimichangas in vegetable oil or lard, “serve them with guacamole, pico de gallo and lettuce, carrots or cucumber,” he said. “Garnish them with sour cream, spicy salsas depending on the region and a touch of lime.”

“Some add minced sausages or tanned pork skins on top. You can sprinkle cheese as a finishing touch,” Torres says.

The result is a custom-made, bicultural treat.